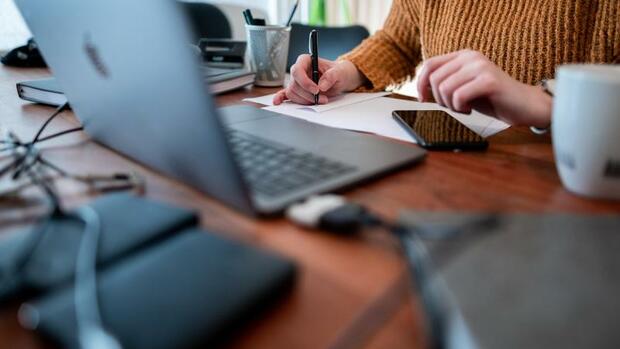 Video conferences are part of everyday life in pandemics. According to a study, women are at a disadvantage. Photo: Fabian Strauch / dpa

This is the result of a study by engineers from the University of Magdeburg, as the university announced. Accordingly, women’s voices are perceived as less expressive, competent and charismatic in online conversations because programs such as Zoom, Skype or Teams do not transmit all parts of the language.

In addition, frequencies would be thinned out because of the high volume of data, it said. “Up to now, audio processing has been working with predetermined frequency ranges that do not always take into account the vocal differences between the sexes – especially the higher voices of women,” said study director Ingo Siegert, according to the announcement.

During the study in collaboration with the Danish University of Sønderborg, test listeners first assessed audio examples of trained speakers. Women’s voices recorded at online meetings performed significantly worse, according to the information.

Then the same examples were examined in terms of pitch, range and depth of sound. The researchers came to the conclusion that the female voices in the online conferences lacked essential emotional components compared to the male voices.

Communication from the University of Magdeburg