How much does it cost to crash your car into a house and run away? A driver of a Dutch-registered Mercedes got away with only a fine of BGN 300 and the suspension of his license for 3 months after crashing into a house. The decision is from Tuesday and is of the magistrates from the court in Parvomai, where the action took place. Shortly before midnight on May 13, […]

Four dead and many injured in an accident on… Four passengers lost their lives and 24 people were injured as a result of a passenger bus overturning in Panarbasi district of Kayseri district, Central Turkey. The passenger bus, which was running a regular route on the Malatya-Istanbul route, overturned at 02:00 (01:00 Bulgarian time) on the 60th kilometer of the Kayseri-Malatia highway. The bus […]

A 4-car accident blocked traffic to Giganta in Plovdiv A chain melee involving four cars blocked the traffic on the road to Karlovo. The accident happened at 6 p.m. in the middle lane, right next to Giganta. According to information from eyewitnesses, the passage is extremely difficult. There are no reports of casualties. Only material damage was done to the vehicles. There are police […]

Zelensky on the helicopter crash: Ukraine is losing its best sons and daughters every day 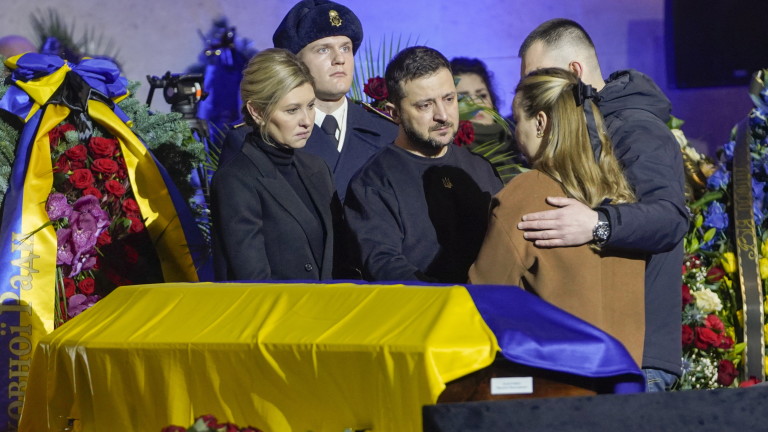 Ukraine is losing its best sons and daughters every day. This is what the President of Ukraine Volodymyr Zelensky wrote today in Telegram, quoted by “Ukrinform”. The head of state participated in the funeral ceremony of the leadership and military personnel of the Ministry of Internal Affairswho died in the helicopter crash in Brovary. “Pain […]

The deputy director passed away, swept away by but… The 52-year-old deputy director of “Tsar Simeon the Great” Secondary School, who was hit on a footpath under the Gerdjika bridge in Plovdiv, has died. Milena Petrova had very serious injuries after the accident and was unable to fight back. She died last night in the “St. George” UMBAL, where for days the doctors tried […]

A melee with three cars on Golyamokonarsko shose in Plovdiv, there is a po…

A serious accident involving three cars blocked Golyamokonarsko Shosse in Plovdiv. The accident happened at 8:40 p.m. near the junction for the village of Tsaratsovo. The exit and entrance of the city on the road are closed to traffic. According to preliminary data, three cars collided and there were injuries. Three were taken to hospital. […]

Spectacular! A newcomer behind the wheel smashed two cars in Plovdiv and uprooted…

A 19-year-old Audi driver created a real action in Plovdiv after he failed to take a turn. The incident happened on Friday the 13th – a day that brought only headaches for the victims. The cars were parked in front of a block where their owners live. The young driver was driving fast and failed […]

Even in the human resource conclusion of “overlapping faults of institutions” Lee Sang-min, Oh Se-hoon, and Yoon Hee-geun are indulged 538 people investigated for 74 days, 6 people arrested and sent The Special Investigation Headquarters (Special Edition) of the National Police Agency, which has been investigating the cause of the “Itaewon Halloween Disaster” that took […]

They are collecting blood for the beaten deputy director in Plovdiv A blood donation campaign is being organized by relatives and colleagues of the seriously injured deputy director of “Tsar Simeon the Great” Secondary School in Plovdiv. We remind you that this morning 52-year-old Milena Petrova was hit by a car on a footpath under the Gerdjika bridge. Behind the wheel of the vehicle was an […]