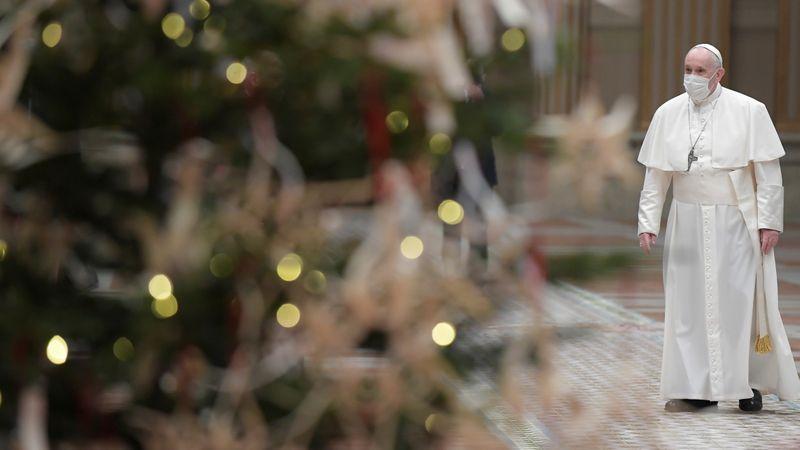 VATICAN CITY, Dec 25 (Reuters) – Pope Francis on Friday called on nations in his Christmas message to share vaccines to treat COVID-19, saying you cannot build walls of nationalism to stop a pandemic that does not knows borders.

In a sign of the times, Francis delivered the traditional “Urbi et Orbi” message virtually, from a lectern inside the Vatican instead of the traditional appearance on the central balcony of St. Peter’s Basilica before tens of thousands of the faithful.

The pandemic and its social and economic effects dominated the message, in which Francis called for global unity and aid for nations suffering from conflicts and humanitarian crises.

“At this time in history, marked by the ecological crisis and the serious economic and social imbalances that have been aggravated by the coronavirus pandemic, it is even more important that we recognize ourselves as brothers and sisters,” said the Pontiff.

Emphasizing that health is an international issue, he appeared to criticize so-called “vaccine nationalism,” which UN officials fear will worsen the pandemic if poor countries can only join the inoculation campaign last.

“May the Son of God renew in political and government leaders a spirit of international cooperation, beginning with health care, so that everyone has guaranteed access to vaccines and treatment. Faced with a challenge that knows no borders, we cannot build walls. We are all in the same boat, “said the Pope.

Italians face severe lockdown measures for much of the Christmas and New Year holiday period. The restrictions prevent the faithful from going to St. Peter’s Square or the basilica for papal events, all of which have been moved indoors.

Reporting by Philip Pullella. Edited in Spanish by Javier Leira

the shot of the win for Dame, and the passage in force of the lose for Dray

three routes still possible for the A31 bis

Alligators have escaped from the farm… South African Police Tracking

Brumotti hit during service for Striscia in Monza: «Saved by the bulletproof vest»

How to behave in the face of a virus?

Javier Ortega: «Only with the resources of the Board it is very difficult to tackle a perfect storm»