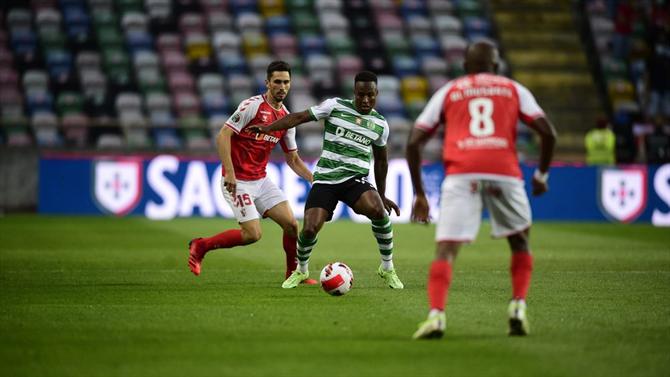 Sporting won SC Braga (2-1) in a Super Cup game. The match at Aveiro Municipal Stadium was marked by the presence of around 7500 fans in the stands.

Winner of the Portuguese Cup last year, SC Braga still took the lead through Fransérgio. However, Sporting, the national champion, came back in the first half with the goals of Jovane Cabral (29′) and Pedro Gonçalves (43′).

Six years later, Sporting won the Super Cup again, the ninth of the awards. SC Braga, on the other hand, saw the possibility of winning this competition for the first time in vain.