Merdeka.com – The National Institute of Aeronautics and Space (Lapan) said the annular solar eclipse phenomenon will occur to coincide with the new moon phase. Namely on June 10, 2021.

“The annular solar eclipse cannot be observed from Indonesia, it can only be observed from the area around the north pole,” said Head of the Dissemination Division of the Lapan Space Science Center, Emanuel Sungging Mumpuni. Quoted from Antara, Tuesday (8/6).

The annular solar eclipse cannot be seen from Indonesia. The eclipse can only be seen on Ellesmere and Baffin Islands in Canada and the Siberian region in Russia with maximum visibility occurring at 17:43 WIB.

An annular solar eclipse occurs when the Sun, Moon and Earth are in a straight line. During an eclipse, the Moon that covers the Sun appears smaller, so it cannot block out all of the Sun’s light.

While the new moon phase this time will occur on June 10, 2021 at 17:52 WIB with a distance of 404,245 kilometers from Earth and is located in the constellation Taurus.

In addition, there are other astronomical phenomena that occur this week, namely the inferior conjunction of Mercury on June 11, and the conjunction of the Moon-Venus-Pollux-Mars quartet on June 12-14.

Inferior conjunctions are configurations when Earth, Mercury and the Sun are in a straight line. 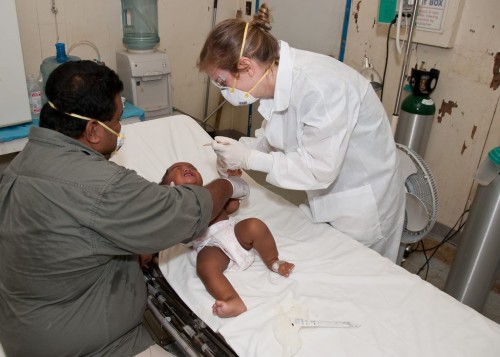 Children who are not fully immunized are more susceptible to illness

PS Plus for December confirmed by the German branch of PlayStation. 6 games on offer