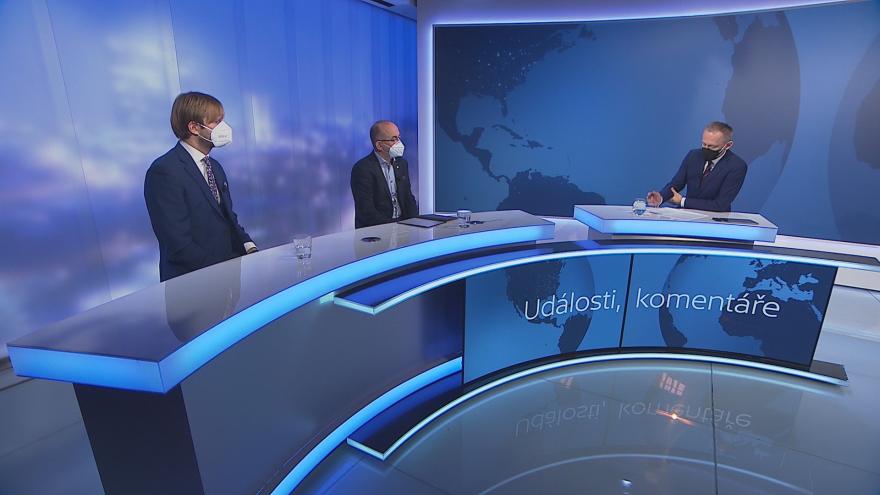 The first cases of the disease were confirmed in the Czech Republic on March 1, 2020. “On the first day when we announced the first three cases, it never occurred to me that the whole situation would develop in this negative way. Of course, we assumed that it would be very complicated, but on the other hand I probably did not expect to sit here in a year and be in the worst phase of the pandemic we experienced, “said former Minister of Health Adam Vojtěch.

He considers the first traced case of community transmission to be one of the key moments of the then beginning epidemic. “We really already knew that the disease was spreading in our country, that it was not just export transmission, for example from Italy or other countries, but that we had the epidemic in our territory,” he recalled.

The former head of the ministry also recalled another critical moment, namely the turn of summer and autumn, when the situation in the Czech Republic began to deteriorate significantly. “It was much more difficult to come before the company again and say that we will take comprehensive measures again, because it is necessary,” Vojtěch remarked.

At that time, according to him, a number of experts already had different opinions on the measure, but the whole society also began to polarize. “In the spring, the situation was very homogeneous, very uniform,” said the former minister, recalling the popular sharing of photographs in veils on social networks.

The current Minister, Jan Blatný, also drew attention to the current problematic atmosphere in society. “Sometimes it makes me feel as if we all thought we’ve actually experienced it all, that we’ve already won it all, because we actually did it in the spring, it was a lockdown, everything worked out,” he said. According to him, it is now difficult for people to realize that it is necessary to go through everything again, perhaps to an even greater extent. Vojtěch also confirmed the need for really drastic measures. “It turned out to be necessary,” he said.

Read Also:  Darmstadt has been without a new infection for a week now

We paid for the experience, says Blatný

According to Blatný, a significant difference is now visible between countries in which the spring wave of the pandemic hit harder than in the Czech Republic. “This is the fundamental difference between the countries that experienced the spring wave absolutely brutally, and in our country, where nothing really happened thanks to the drastic measures,” he said.

According to Blatný, the experience with such impacts is incommunicable and only now does the Czechia begin to realize them. “We had to go through this experience and we paid for something that none of us want to pay,” he said.

He then described the whole year as extremely difficult. But in three weeks, he said, the situation could be a little better or at least the same. “But it will be a situation where the curve goes down. What we have to achieve with these measures is that the curve, which is now growing quite rapidly, breaks and starts to go down, “he said.

In the meantime, according to him, mandatory testing in companies will start, a fundamental change will also affect the wearing of protective equipment. “We will have another almost a million doses of vaccines administered, and this is something that will be a fundamental change and will help us maintain that decline in the coming weeks and months. And it will no longer be necessary, and that is the intention, the most tough measures, “he outlined. To assume that the measures will be zero, but according to him it is not realistic.