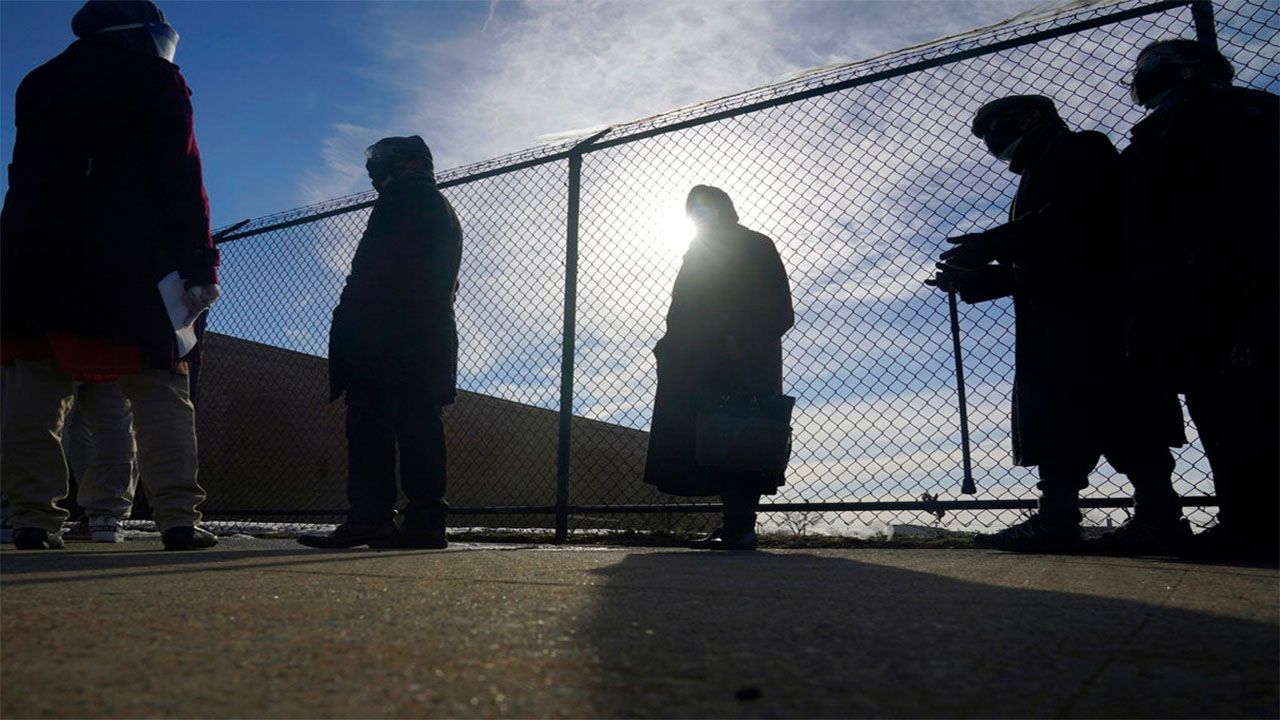 A new variant of the coronavirus was identified in New York City and experts reacted to the news with caution and concern.

The new variant first appeared in the New York area in late November and has since spread to neighboring states, according to researchers at the California Institute of Technology, one of two teams that released reports on their work this week. .

However, it is still unknown how problematic this variant could be. Viruses constantly mutate – making changes to their genetic code – as they spread and replicate.

“Most are not of major concern,” said François Balloux, director of the Institute of Genetics at University College London.

However, he added, “it helps to identify them early, tag them and raise concerns.”

That’s because some genetic modifications can be worrisome, especially if they help the virus spread more easily, make it more lethal, or affect the effectiveness of vaccines. Scientists use genomic sequencing and other research methods to identify which ones represent potential problems.

New York City health authorities and Mayor Bill de Blasio on Thursday tried to ease concerns about the new variant, emphasizing that the new research is preliminary and not much is known about this mutation.

“Some variants are just that, variants,” said Dr. Jay Varma, the mayor’s adviser on health.

WHAT WAS THEY FOUND IN NEW YORK?

Two research groups – Caltech and Columbia University in New York – released studies this week describing their findings of the new variant. None of the reports have been published or reviewed by other scientists.

The Caltech researchers found that the new variant was in about 25% of the 1,200 virus sequences they analyzed this month. The variant has also been identified in New Jersey and Connecticut, with “isolated occurrences in the rest of the country,” said Anthony West, a co-author of the report.

On Thursday, Columbia University scientists released their research that analyzed about 1,200 samples from patients seen at the university’s medical center since November.

During the second week of February, the new variant was identified in 12% of the samples, according to the report. They also found that patients infected with this mutation are more likely to be elderly and have been hospitalized.

HOW MANY VARIANTS ARE THERE?

New variants have emerged throughout the pandemic, but three are considered the most worrisome and have been designated as “care variants. ” They were discovered in Great Britain, South Africa, and Brazil and have since spread to other countries.

The variant identified in the United Kingdom at the end of last year has already been found in 45 states in the United States, according to the Centers for Disease Control and Prevention (CDC for its initials in English).

This variant is worrisome because it has almost two dozen mutations. Some of these are found in the spike protein that the virus uses to attach itself to and infect cells and that is targeted by vaccines and antibody drugs.

One of the mutations in the spike protein has also been identified in variants discovered in Brazil and South Africa and now in New York.

A variant circulating in California has also attracted attention. Between 40% and 50% of the samples analyzed by the Los Angeles County Department of Public Health have been found, according to its director Bárbara Ferrer. However, there is not enough rigorous research to determine if and what they would be possible effects.

After what many described as a slow start, in recent weeks the federal government has accelerated genetic sequencing efforts to search for and study variants of the virus and determine which ones to watch out for. Meanwhile, Ana S. Gonzales Reiche, a virologist at Mount Sinai’s Icahn School of Medicine, called for caution.

“Without evidence, there is no need to be alarmed about each variant that is detected,” he stressed.

Studies are raising concerns that first-generation COVID-19 vaccines do not perform as well against the variant discovered in South Africa as they do with other versions. In response, drug companies are already working to modify their inoculations.

Experts point out that where that happens, public health measures such as social distancing and the use of masks will reduce the opportunities for the coronavirus to continue mutating and spreading uncontrollably.

“There are going to be new variants,” Dr. Anthony Fauci, America’s leading infectious disease expert, told NBC on Thursday. “The trick is to prevent them from spreading once they occur.”

Read Also:  Anies Lose at PTUN, This is the Golden Crown vs. DKI Provincial Government's Footprint