Two Germans on Mallorca in the “Corona Hotel”: day ticket 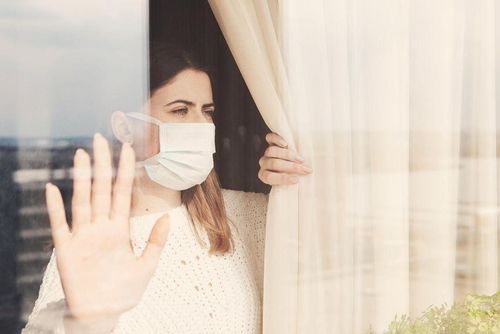 The (federal) police are already waiting for those returning from Mallorca and other foreign holiday areas on Tuesday: arriving travelers were checked directly at the gate upon arrival, for example at Frankfurt airport, and had to prove a negative corona test before going to the baggage carousel. “Every passenger has to prove that he has done a corona test that is not older than 48 hours,” says Reza Ahmari, spokesman for the federal police at Frankfurt Airport. More than 100 flights from the Schengen area would be checked. “So far everything has gone smoothly and all the passengers we checked also had the necessary test.”

In the case of travelers arriving from third countries outside the EU and having to go through passport control, the federal police had checked in advance whether travelers could show a negative corona test. The special controls are currently still easy to perform – also because of the significantly lower number of flights.

Since the introduction of mandatory testing had been postponed by a few days, the airlines and tour operators had sufficient time to prepare for the new rules, according to the Federal Police. “It was a bit tight, but in the end everything went well,” said a Mallorca returnees at Frankfurt Airport, who had been tested in a hospital on the holiday island. “All appointments at the airport were already booked for days.”

Even before departure from Palma, it had been shown on: Despite the relatively low number of infections on the Spanish island, holidays in Mallorca are not completely risk-free: Two visitors from Germany were positive for all air travel to Germany even before the general test obligation that came into force on Tuesday tested the corona virus – and are therefore not allowed to go to the beach or back home for the time being. The two were quarantined on Monday in one of the specially set up hotels in Palma, said a spokeswoman for the regional health authorities of the German Press Agency on request. Further information was not disclosed for the time being.

The test requirement started largely smoothly in Mallorca. According to official information, at least 25 flights to Germany were on the program. In front of the new airport test center, which is quite inconspicuous in the departure area and has been in operation since last week, there was still only a small queue in the morning. There were a maximum of ten returnees there. Since the website of the provider Eurofins Megalab had collapsed in view of the large crowd in the days before, chaos was feared on the first day at the airport.

But things went quickly. Among other things, probably because some holidaymakers had themselves tested in private clinics before the day of departure. “Everything went smoothly with the appointment,” says a young couple. The hobby athletes spent a week running and cycling on the island. The flight goes in the evening, by then the negative result must be available. “I have to work tomorrow. Quarantine wouldn’t be so good, ”the young man admitted.

Some were more stressed. An older man, hectic in a pink shirt, told the dpa, slightly annoyed: “Now you have printed out the test result for me in Spanish and the airline does not accept it.” His wife says the result should have been available on Monday, because the couple had already had themselves tested the day before departure. “But we didn’t manage to get the result on the cell phone.” There are “probably slight teething problems”. «We have never had such a wonderful Mallorca vacation before. We are more afraid of infection now that we are going back to Germany. “

A vacationing couple who handed their Corona test results to the waiting federal police officers in Frankfurt on Tuesday afternoon and briefly lifts their mask to check their IDs, sees it similarly, raves about empty beaches, peace and relaxation: “We have never got to know Mallorca like this – and we probably will no longer experience it that way. ” The low infection levels on the holiday island would have given a feeling of calm. “But I dread going to the supermarket before the holidays. That scares me more than sitting on the plane with all the people who tested negative. “

Germany lifted the travel warning for the Germans’ favorite island in mid-March after the number of new infections there had fallen below 50 per 100,000 inhabitants within seven days. Since then, Mallorca holidaymakers have been exempted from quarantine when they return and from the obligation to test until Tuesday. That had triggered a booking boom before the Easter break. Against the background of the tense Corona situation in Germany, Berlin introduced the new mandatory test that incoming flight passengers must undergo before departure. The only exceptions are crews and children up to five years of age.

Despite warnings from the federal government, thousands of holidaymakers flew to Mallorca in the past few days. According to industry estimates, around 40,000 visitors from Germany will visit “Malle” by Easter Monday. At the weekend alone, 129 planes from Germany landed in Palma. The current does not stop: According to the Spanish airport operator Aena, 27 more flights from Munich, Hamburg, Stuttgart, Berlin, Frankfurt, Dusseldorf, Leipzig, Hanover and Cologne / Bonn were expected on Tuesday.

The Balearic Islands recently had just under 37 new infections per 100,000 inhabitants within seven days. This value is 135 in Germany. Unlike in Germany, the restaurants on Mallorca are allowed to receive guests outside until 5 p.m. And the sun shines almost continuously on the Balearic Islands. A man from Frankfurt was still not satisfied even after a quick test. “I actually turn off my smartphone when I’m on vacation to relax. That was not possible this time. Neither the tour operator nor the airline let me know. I spent two days looking for where to get tested. “