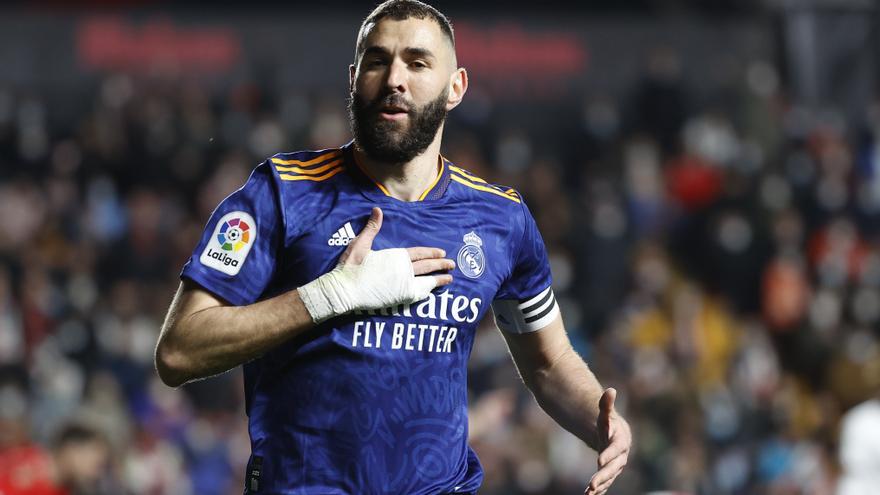 Matchday 26 of the League did not bring any changes to the top of the table, although Barcelona, ​​with one game in hand, confirms its improvement and is a little closer to Betis, who lost in the Seville derby. Like Julen Lopetegui’s team, Madrid, Atlético and Villarreal resolved their duels with victories.

The commitment and efficiency gave Levante a victory against Elche (3-0) that allows them to dream of permanence while slowing down the good dynamics of their rival in the second round, since this time it was far from expected . A goal from Morales in the final stretch of the first half put the game in front of the local team, which confirmed its superiority midway through the second period through Jorge de Frutos.

The Brazilian Gabriel Paulista reappeared this Saturday in a big way in Son Moix, after four months injured, to sign the victory of Valencia (0-1) against Mallorca with a great goal from 30 meters that ended a streak of seven games without winning of his team in LaLiga, in which he had only added 2 of 21 points in play.

Mallorca, which conceded the third loss in their stadium (also fell to Osasuna and Barcelona), sees their progression in the table that had started with successive wins against Cádiz and Athletic slowed down.

With one man less due to the expulsion of Jorge Cuenca after half an hour, Getafe tied a draw against Alavés (2-2) thanks to the performance of the Turkish Enes Unal, who signed two great goals with which he supported his team in a key duel for relegation. Off in front of the goal in his previous campaigns in LaLiga Santander, Enes Ünal has had it all this season. He already accumulates thirteen goals and only Karim Benzema, with 18 goals, has scored more this season. Alavés ended up desperate with the Turkish striker, who rescued Getafe in a duel

The Real Madrid has deflated. It is not the reliable and dynamic team of the first half of the season. Ancelotti He will die with his eleven, because he does not believe in his bench. He commends himself to his goalkeeper, Courteousalready the spark of Benzema and vinicius. And with that it is worth it. That was the recipe Vallecas before a Lightning brave man who did not win because he had no aim, while the white team settled on a brilliantly executed play between the French and the Brazilian.

Solvent victory of Athletic before a Celtic who has been showing an indolence for several weeks that will not bring anything good to the sky-blues. Lodi vindicated himself as a lane player and as a scorer, with two goals, in a team that looks to Old Trafford without neglecting the League, which should give him the place to continue next year playing in the Champions League.

The rojiblancos, who seem to have taken a step forward after the match against Manchester United, jumped into the Metropolitan to face the Celtic with the same eleven that subdued the English, even though the result did not smile at him Champions. Simeone He tried to continue reinforcing the self-esteem of his people by betting on the same faces. And the players appreciated it by showing the same intensity and the same hunger.

Yeremi Pino, with four goals, dismantled a blurred Espanyol in a match of complete local superiority in which Villarreal imposed their law from the initial whistle (5-1). Three goals in the first half, to which the fourth was added in the first stages of the restart, converted the young canarian international in the star of a game in which Villarreal shone individually and collectively. Espanyol, with hardly any options to reply to the Castellón team, closed the gap through Bare, but Dia made it 5-1 in the final leg of the match.

Sevilla won 2-1 in the derby that was played this Sunday at the Sanchez-Piuzjuan and with that victory it consolidates itself as second in the standings, six points behind the leader, Real Madrid, while Betis stops short of its great career after being overtaken by the ‘eternal rival’ in a first half in which it was seen overwhelmed with the two conceded goals.

Real Sociedad does not give up fighting for important objectives this season in LaLiga Santander and, after being eliminated from Europe and the Copa del Rey, clings to the league competition with a long-suffering and deserved win against Osasuna with a goal from Aritz Elustondo. The first half had little, with a team from San Sebastian that took the initiative without much depth against a Navarrese team that seemed to be looking for that scenario to surprise in some against that they would not get to execute in this first period.

Barcelona continues on the ascending line and stays in Champions League positions by thrashing Athletic Club this Sunday at the Camp Nou (4-0), thanks to goals from Aubameyang, Dembele, Luuk de Jong and Memphis, who played the last minutes after reappearing from his injury. The azulgrana team chained their third game scoring four goals, and this time they did it without conceding, something that they had only achieved once in the last ten games. While the team from Biscay, with their minds set on the Copa del Rey, wasted a good opportunity to get closer to the Europa League positions.

Granada and Cádiz tied this Monday at the Estadio Nuevo Los Cármenes, a result that brings to eight the days that the rojiblancos have gone without winning and that represents the third tie followed by a yellow team that remains four points from salvation. The expulsion of the Portuguese Domingos Duarte caused the locals to play in numerical inferiority from minute 33something that Cádiz could not take advantage of, which barely created scoring chances.