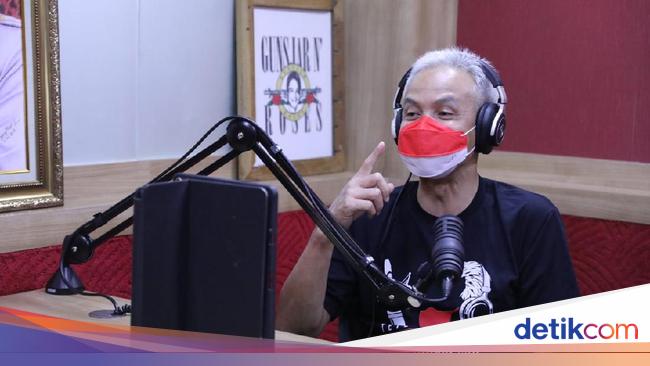 The Governor of Central Java, Ganjar Pranowo, gave a surprise to loyal radio listeners in Indonesia to coincide with National Radio Day, Saturday (11/9). He became a broadcaster and was broadcast live on private radio MNC Trijaya FM as well as hundreds of local radio stations.

Meanwhile, he was accompanied by broadcaster Trijaya, Advianto Prasetyobudi, to present an event entitled Ganjar Pranowo On-Air. During the one hour broadcast, Ganjar entertained the listeners with jokes and jokes.

To Prasetyobudi, Ganjar told that he listened to the radio intensely when he was still in high school. In addition, he also often goes to the radio studio to see piles of cassette tapes, request songs, and send greetings.

On the occasion of the broadcast, Ganjar received many complaints, asked for tips, to reports of illegal levies (extortion) from the audience. One of them is Jeje, a radio listener from Surabaya.

To Ganjar, Jeje asked about the love story of Ganjar and Siti Atikoh, his wife. Jeje also asked how to maintain harmony with his family in the midst of his busy schedule as governor.

Ganjar also explained, the love story with his wife is quite interesting. According to him, among many women, the only one who can accept his feelings is Siti Atikoh.

“My love story, shooting a girl who received only my bojo (my wife). There was jealousy, but at first I became governor. After a while my wife realized that her husband belonged to the community. Since then my wife has accepted,” explained Ganjar.

Ganjar also shared tips so that his relationship with his wife remains harmonious, even though he is busy being governor. Whenever he has some spare time, he admits that he always finds time to meet Siti Atikoh.

“Usually we ride together or other times for family. What’s troublesome is that my wife likes to run. In this case, I raise my hand. Singing this, I don’t have strong knees (this one, my knees are not strong),” he explained.

In addition to romance, Ganjar also received a complaint of extortion from one of the callers, Septian from Sukoharjo. As a truck driver, Septian discovered rampant extortion on the East Java toll road.

“Sir, I’m a truck driver, I want to talk. When traveling on the toll road, in Central Java there was never any extortion. But in East Java I was always asked for money when I passed the toll road. If I didn’t want to give, I was chased. directly usually Rp. 20,000. Sir, please help, sir, I am conveying the driver’s complaints,” he said.

Meanwhile, Ganjar asked the drivers who were victims of extortion to report immediately. He suggested to record the incident of extortion so that it can proceed to report to the police.

It is known, Ganjar received many calls from the audience during the broadcast. Apart from Central Java, the callers came from other areas, such as East Java, Tangerang, Mentawai, Padang, and others.

In addition, Ganjar also received many song requests during the broadcast. Especially songs that are trending in society.

“Sir, request the song Mendung Tanpo Udan, sir. That’s the song, I’m moco newspaper in a sarong, kowe blonjo negligee (I read newspapers in a sarong, you shop in a negligee),” asked one listener.

“Okay, I didn’t play it right away. Well, this song is very popular (it played right away, yes. This song is really popular),” said Ganjar.

During the broadcast, Ganjar also invited the public to be disciplined in implementing health protocols. Even though the pandemic conditions have improved, he said, people should not be ignored.

“Wis, I’m annoyed (Already, I’m tired). It turns out that being a radio announcer is also tired. I pray that you are all healthy. In closing, we listen to the last song, Bohemian Rhapsody from Queen. Good evening, wassalamualaikum warahmatullahiwabarakatuh,” he said.

Also see ‘Comparing the Electability of Prabowo-Ganjar-Anies in the 3 Releases of the Presidential Candidate Survey’: 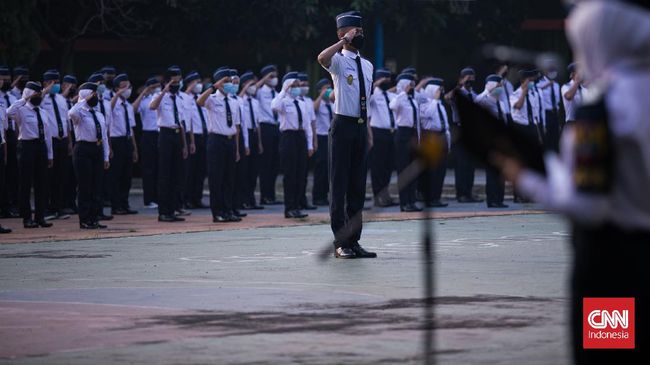