The ministry informed about the results in a press release. Problems with the purchase occurred after Asekol stopped collecting Samsung products from collection yards on August 1 due to the termination of the contract. From the beginning of this year, Samsung switched to the REMA collective system, which is to provide the Korean company with the collection and disposal of used electrical equipment.

“The situation at the collection yards is unacceptable for us,” said Minister of the Environment Richard Brabec (YES) the reason for the meeting. The take-back of Samsung products will remain without problems for citizens, according to the Ministry of the Environment, collective systems have promised this to both the ministry and municipalities.

“Citizens pay for the disposal and recycling of every electrical product when they buy it. Therefore, it is unacceptable for us not to be able to dispose of these products in collection yards operated by municipalities or other designated places, or to have to deal with the brand. and where with her, “said the Deputy Minister Berenika Peštová.

REMA will transport discarded samsungs even without a contract

“At today’s meeting, REMA promised that it would easily remove the Samsung brand from all municipal collection yards, even without a contract,” said Radka Vladyková, Executive Director of the Union of Towns and Municipalities of the Czech Republic, after today’s meeting. She said that the municipalities will continue to monitor the situation.

“REMA is ready to transport all Samsung TVs and monitors from every municipality, even without concluded contracts. Each municipality can call the toll-free Smart Recycling line at 800 976 679 and REMA will take it away without conditions,” said REM Bene Chairman David Beneš.

The meeting was also attended by representatives of Samsung, the collective systems Elektrowin and Asekol and the Association of Local Authorities of the Czech Republic.

Asekol no longer wants to do it for himself

Two weeks ago, the Chairman of the Board of Directors of Asekol, Jan Vrba, told ČTK the reason for stopping the purchase of Samsung products by collecting them for half a year at its own expense due to a possible environmental impact on cities and municipalities.

“However, we have reached such a high amount of waste, which we are no longer able to finance from our resources. At present, Samsung uses the services of another collective system, which pays all the costs of recycling,” said Vrba at the time.

Due to a change in the contractual customer of Samsung’s electrical waste, the disabled from sheltered workshops feared job loss. Unlike Asekol, REMA does not cooperate with a number of workshops, the National Council of the Disabled said this week.

The price of all electrical appliances includes a recycling fee paid by the final consumer. The electricity producer will then send this fee to the collective system as compensation for the costs of collecting its electrical waste. Televisions and monitors are among the types of waste with the highest recycling costs. 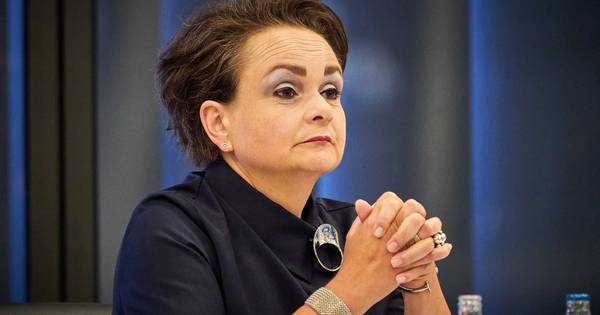 Agreement on assistance from municipalities to parents in benefits affair | Politics