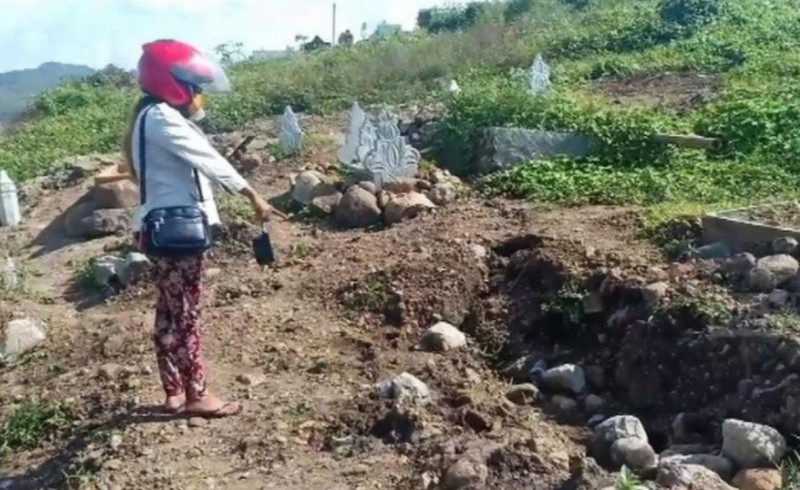 the tomb of the COVID-19 victim has been dismantled by an unknown person at the Public Cemetery, Bilalangnge, Bacukiki District, Parepare City. Photo: Antara

jpnn.com, MAKASSAR – The police have named six suspects in suspected cases the demolition of seven tombs and taking the bodies of four COVID-19 victims at the public cemetery in Bacukiki District, Parepare City, South Sulawesi.

Head of Public Relations of the South Sulawesi Regional Police, Kombes Pol E Zulpan, said that the perpetrator had been secured by the Parepare Police.

“There were six people who took (the body) and dismantled the grave. They are still related to the body of the COVID victim,” said Zulpan, when confirmed by reporters, Sunday (14/3).

The perpetrators were exposed to the investigation by the Criminal Investigation Unit and the attention of the Parepare Police Chief.

The investigation was carried out for three days including asking for information from all victims’ families including witnesses related to the case, so that the perpetrators were exposed.

Until now, the six perpetrators, each with the initials AK, NA, AAS, A, D and R, are still being investigated by local police investigators to dig up information and determine evidence for their actions.

However, he said, the explanations and reasons for the several perpetrators were different. The motive of the perpetrators, some say that they carry out the mandate of the family and parents of COVID-19 victims who have been buried, are moved to the family cemetery.

Zulpan said the perpetrator argued that if a family died, they should be buried at the family funeral.