The French plant with around 750 employees has to be sold to Alstom, because otherwise, according to the European Commission, it would have too dominant a position on the market. The transaction between Alstom and Bomrardier will lead to the creation of the second largest rolling stock manufacturer in the world, after the Chinese giant CRRC. In addition to the Alsatian Reichshoffen, Alstom is therefore to sell the Hennigsdorf plant in Brandenburg, but it has not yet found a new owner.

Sources of the BI server state that Alstom has submitted three final offers to Pilsen engineering in the last two weeks, but then withdrew them all. Therefore, Škoda is now allegedly examining whether to continue the negotiations. Alstom and Bombardier spokesmen declined to comment. So is Škoda Transportation. “We do not comment on the ongoing business negotiations,” said Jan Švehla, a spokesman for the Czech group.

The Czech manufacturer of rail vehicles has been negotiating the takeover of the factory for the production of local trains since last December. Alsatian railway engineering plants, which produce Coradia Polyvalent trains, sell mainly to the domestic market, but also export to Algeria or Senegal.

With its 5,500 employees, Škoda Transportation now represents the largest group of transport engineering in Central and Eastern Europe. In April 2018, it was 100% controlled by the PPF of the late Petr Kellner. Last February, one of Škoda’s former shareholders, Michal Korecký, bought a 10% stake from it. 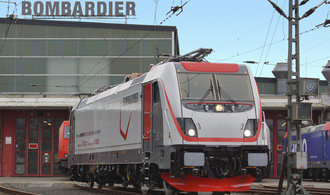 The domestic concern manufactures trains, locomotives, trams, trolleybuses and metro cars, as well as control and propulsion systems for transport. It has several subsidiaries in the Czech Republic, including Škoda Electric, Škoda Vagonka and Pars nova. His other companies are in Finland, Hungary, Germany and Russia.