New York. The big concert in Central Park cut short by the arrival of Hurricane Henri 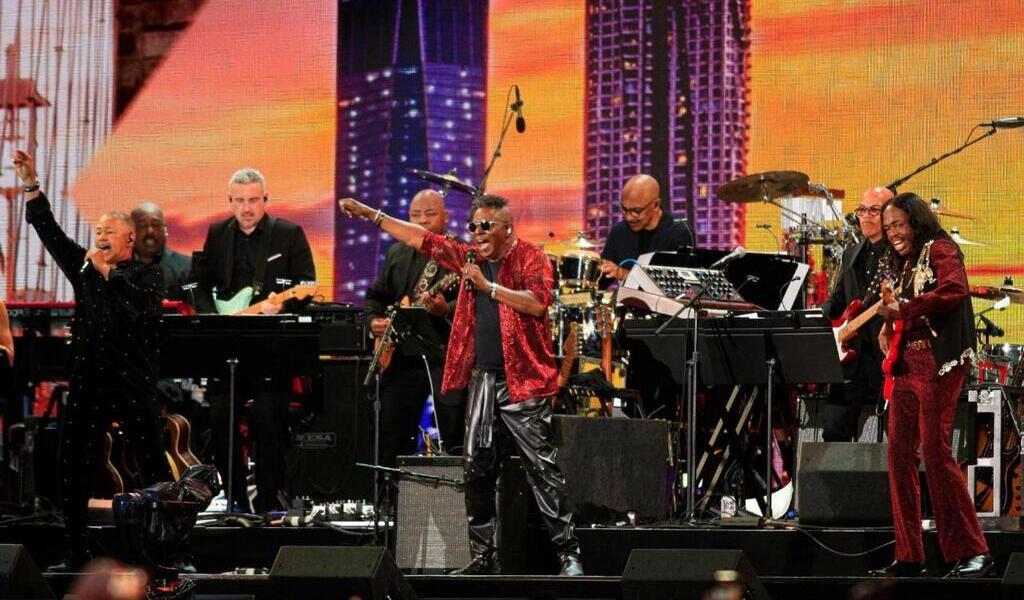 the concert organized in Central Park to mark the artists’ “reunion” with the public from New York, city strongly affected by the Covid-19 pandemic, was arrested on Saturday under threat from Hurricane Henri.

Barry Manilow, who co-starred with Bruce Springsteen, Patti Smith and Paul Simon, was interrupted in the middle of a song by a voice urging spectators to move quickly but calmly to the nearest exit because of the approaching stormy clouds. “I find that, for safety, it is understandable. Besides, I hear the thunder ”, reacted Maria Fuentes, spectator.

Here’s the moment (on CNN) when the NYC Homecoming Concert came to an abrupt stop while Barry Manilow was performing due to lightning. pic.twitter.com/e3fPWVQfcN

Some 60,000 spectators were expected to attend the concert while the hurricane, with winds of 120 km / h, was approaching, having to reach the American east coast in the day of Sunday.

It is due to arrive on Long Island, near New York, or a little further north in New England, according to the American Hurricane Monitoring Center (NHC), which however expects “To a weakening before his arrival”. The hurricane is expected to bypass New York but could nevertheless cause significant precipitation as early as Saturday evening.

So ended a show that had started at 5 p.m. (9 p.m. GMT) with groups of spectators dancing, clapping and spreading picnic tablecloths, ready for five hours of live music.

Before the arrival of the clouds, many spectators remained worried about the epidemic situation, despite the obligation of vaccination required at the entrance. 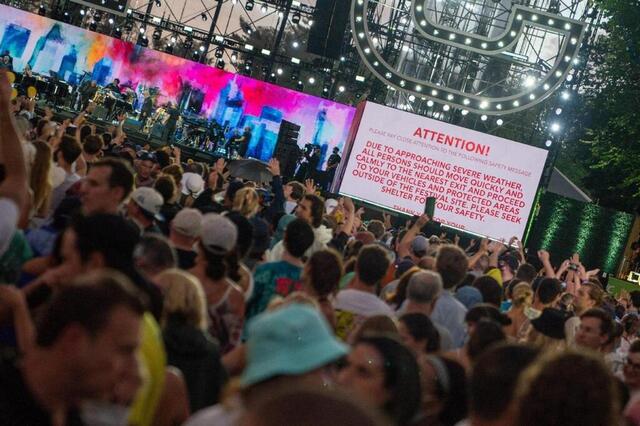 The giant screens informed the spectators of the meteorological threat. © EPA-EFE / DAVID DELGADO

All participants 12 years of age and older were required to provide proof of vaccination, except for those who could not receive a vaccine due to a disability. Masks were not required for this outdoor concert, except for unvaccinated children.

“At least everyone is excited”, rejoiced Ilana Gomez, who came especially to see the group of guitarist Carlos Santana play. “Music is what I missed the most” during the pandemic, told AFP the young woman of 27, who found ” awesome “ to be with so many people while recognizing that it was not “the best idea” to organize such a big event.

“New York is back”

The mayor of the largest city in the United States, Bill de Blasio, told local radio on Friday that the event was planned “To really tell people that New York is back, to tell the whole world”. 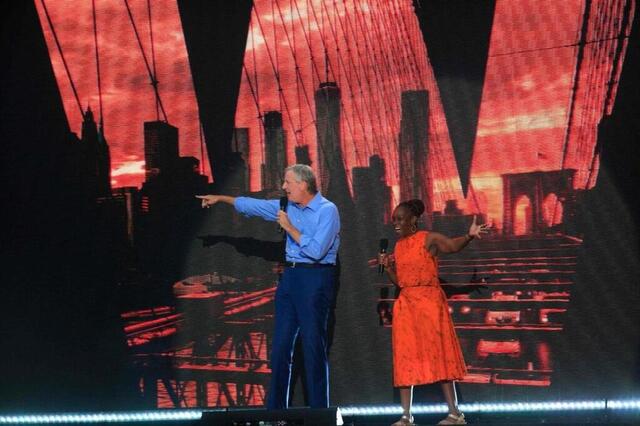 Since the start of the pandemic, New York has deplored more than 33,000 victims of Covid-19.

On the lawn in Central Park, longtime New Yorker Bill Thompson said to himself “More than ever on (his) guards”.

“I am delighted that this is a vaccinated public and that it is necessary to show proof”, explained the 69-year-old man after applauding Diana Ross and Simon and Garfunkel on stage.

“It’s a joy” to see the city come back to life, he said, despite lingering concerns about the coronavirus. “We feel so free to be able to take advantage of what people have missed for so long”.

In the weeks leading up to the event, a series of concerts also took place across different parts of the city, including Big Daddy Kane, Slick Rick, KRS-1, as well as Ghostface Killah and Raekwon, members of the group Wu -Tang Clan.

The legendary George Clinton & The P-Funk All-Stars also performed at a concert in the Queens neighborhood on Friday night.

With the exception of certain VIP seats, tickets were free to attend Saturday’s concert during which Santana, Jennifer Hudson, LL Cool J, Barry Manilow, and Earth, Wind and Fire were announced.

More than 68% of New York City adults are fully vaccinated, but the number of infections has rebounded recently in the city with more than 1,800 cases daily, up 19% from the situation two weeks earlier.

“I am wholeheartedly with those who have suffered”, insisted on a spectator, Laurie Ramirez, educator who won a ticket for the concert thanks to her status of essential worker during the pandemic. “It’s extraordinary, it’s the most beautiful thing”, she marveled at AFP.

Your Rugby Matches: UBB / Toulouse, Agen / Colomiers, at what time and on which channel? 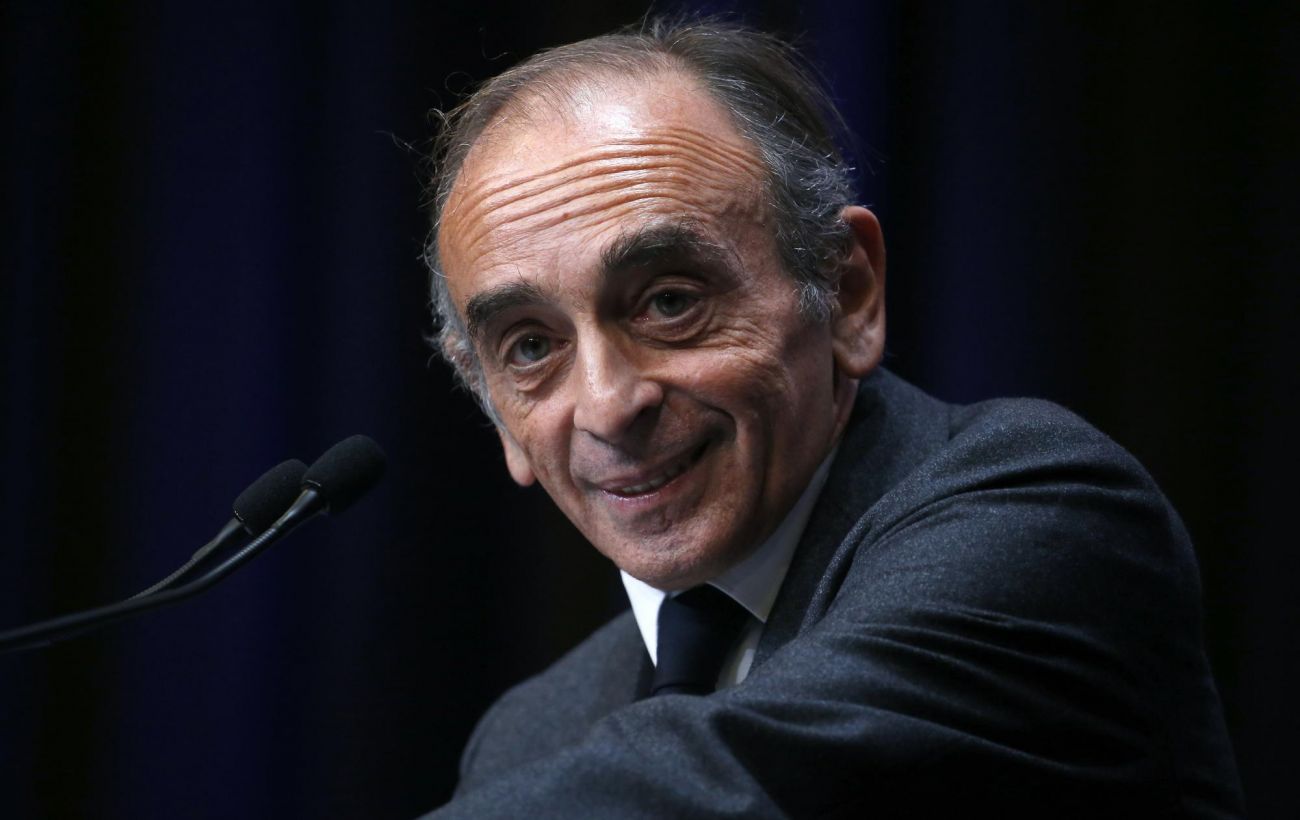 Presidential elections in France – Zemmour, a Putin supporter, has announced his candidacy