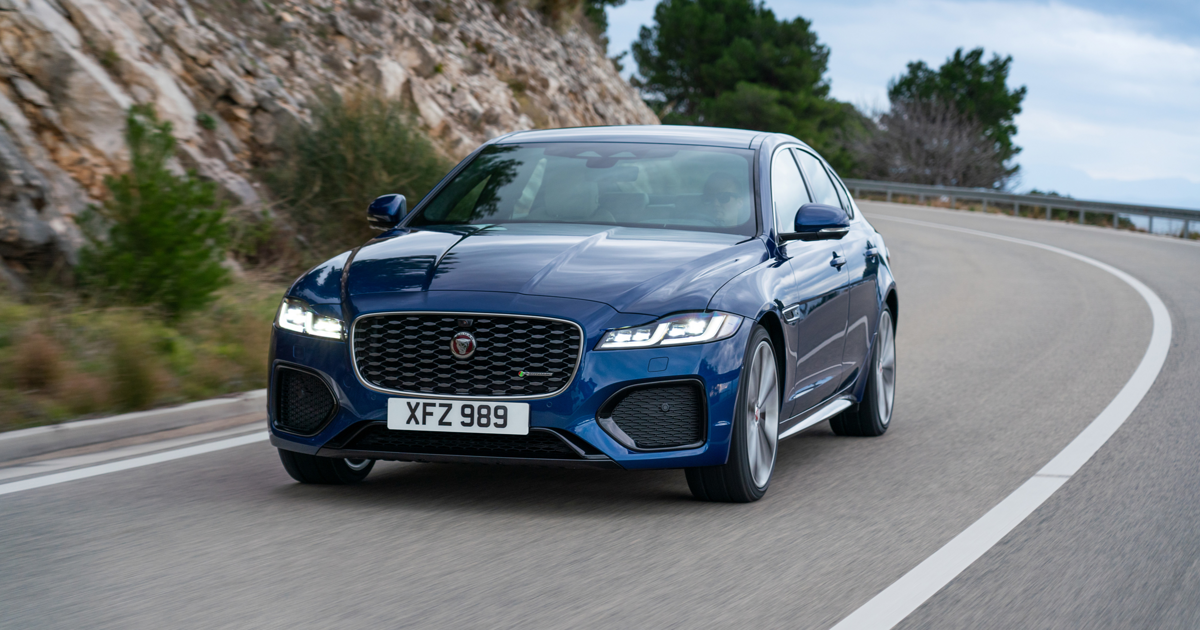 It seems that the Jaguar XF family appeared not too long ago, but in fact first test took place 5 years ago! XF attracted attention back then with its design, which is still relevant today. Therefore, they decided not to touch the good appearance especially. 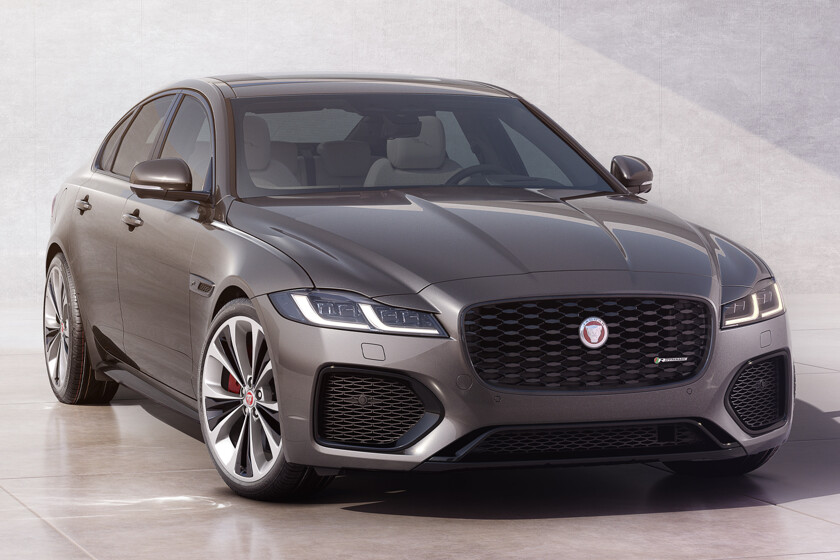 Use the sliders to understand the difference! Then you will notice that the front bumper has changed (the air intakes have increased), the radiator grill has expanded, LED optics with pronounced J letters (from the word Jaguar) have become more modern.

There are also little things at the back – just new LED lights with a different pattern and a bumper design. By the way, it also changes depending on the configuration and the presence of the R-Dynamic sports package, with which the body kit becomes more aggressive. 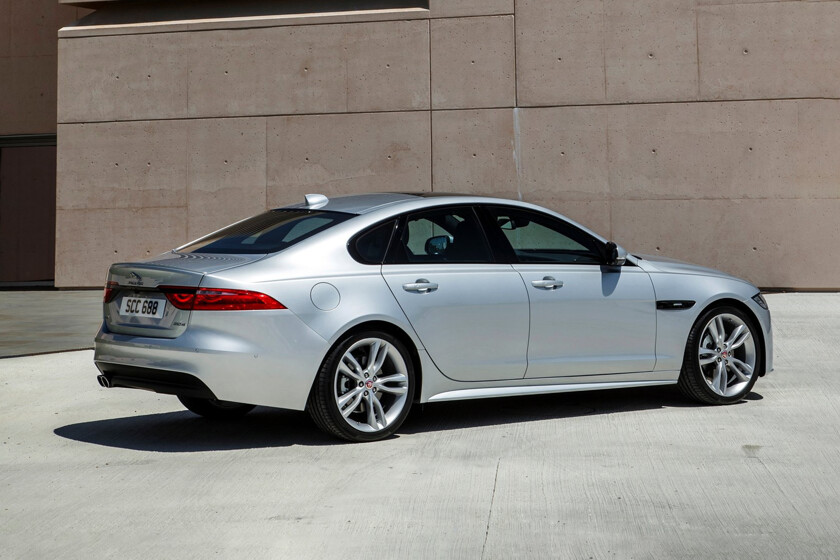 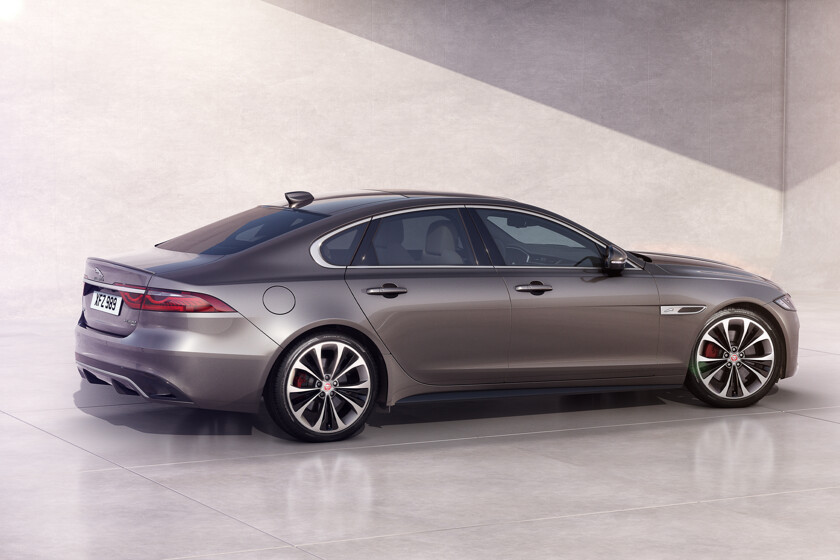 But the XF was not particularly criticized for the exterior, but the interior raised questions. And first of all, they concerned the multimedia complex, which finally went down in history – its place was taken by a completely new Pivi Pro system with a screen diagonal of 11.4 inches. Have you complained that the “combine” takes a long time to load? Please, the Pivi Pro now has a backup power supply, so it does not need to wait until you turn on the ignition or start the engine.

In addition, Pivi Pro has wireless software update technology, two SIM cards, to ensure the operation of two LTE modems at once, you can connect two phones via Bluetooth. There is of course support for Android Auto and Apple CarPlay. Got an XF and a new 12-inch instrument cluster. 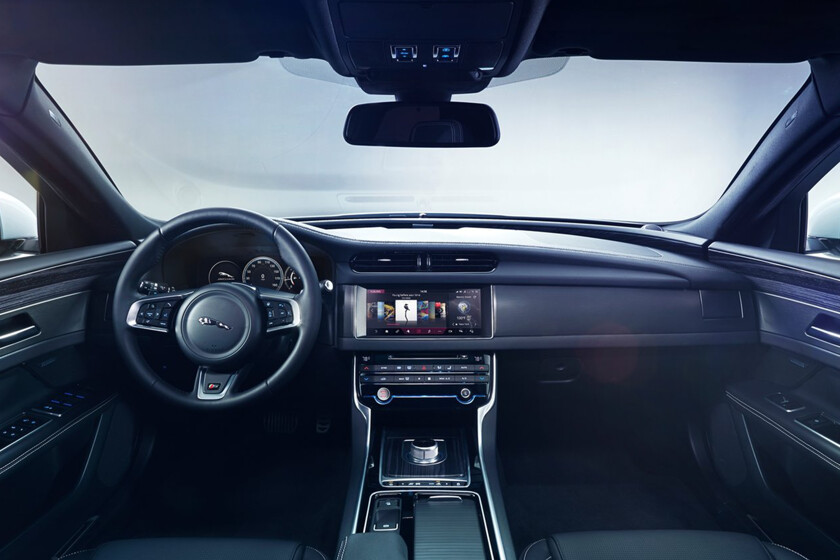 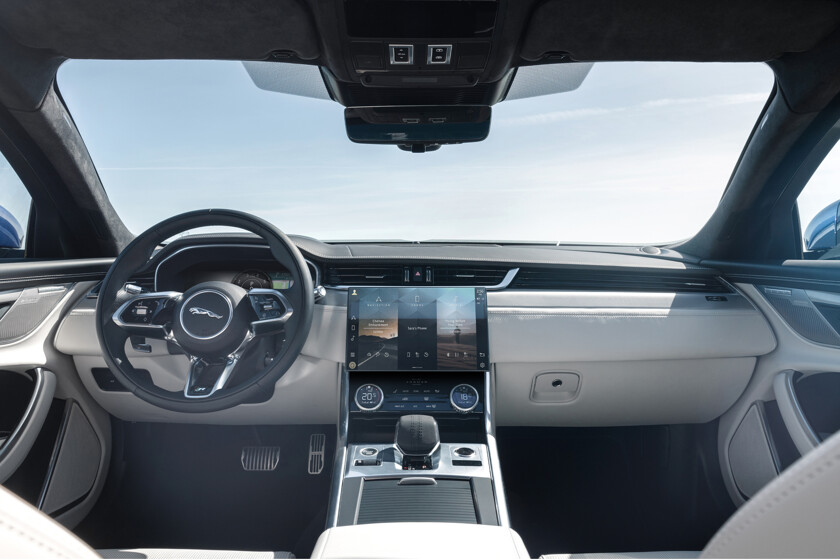 And in general, the XF interior has changed, one might say completely – there is a completely different front panel, a cool climate unit with beautiful round handles, like Jaguar I-Pace electric crossover, a new steering wheel and a convenient automatic lever instead of the old washer. That solution was original, but, alas, not very comfortable to use.

The seats with new massage features offer improved cushioning and larger heating and cooling zones. And climate control received an air ionizer with Nanoe technology and a PM2.5 cabin filter, which traps particles less than 2.5 microns. Thus, less allergens and unpleasant odors come from the street. In addition, an active noise cancellation system was added.

The range of motors has also changed – so far only two engines will be available on the Russian market. The only petrol is a two-liter 249-horsepower turbo four from the Ingenium family, familiar from our recently tested Land Rover Discovery Sport… However, unlike the Disco, the automatic here remained 8-speed.

Exactly the same box – and in the second variant of the XF. It is a 199hp, four-cylinder 2.0-liter diesel engine that drives the rear wheels. The petrol version has four-wheel drive. The new version of JaguarDrive Control includes Comfort, Eco, Rain / Ice / Snow and Dynamic modes that can be manually selected depending on the road conditions.

Perhaps, in the future, the range of modification for the Russian market will be expanded with electrified and more powerful versions, but this will only become known closer to the start of sales. And the start of the updated Jaguar XF is scheduled for the spring of 2021.

Party member of Morales sure of election victory in …

Sassari, health in emergency: the alarm raised by the unions

Khabib Nurmagomedov Vs Justin Gaethje: Nothing But Respect

Barbara Kurdej-Satan protests against the verdict of the Constitutional Tribunal. The fan accused her of posturing