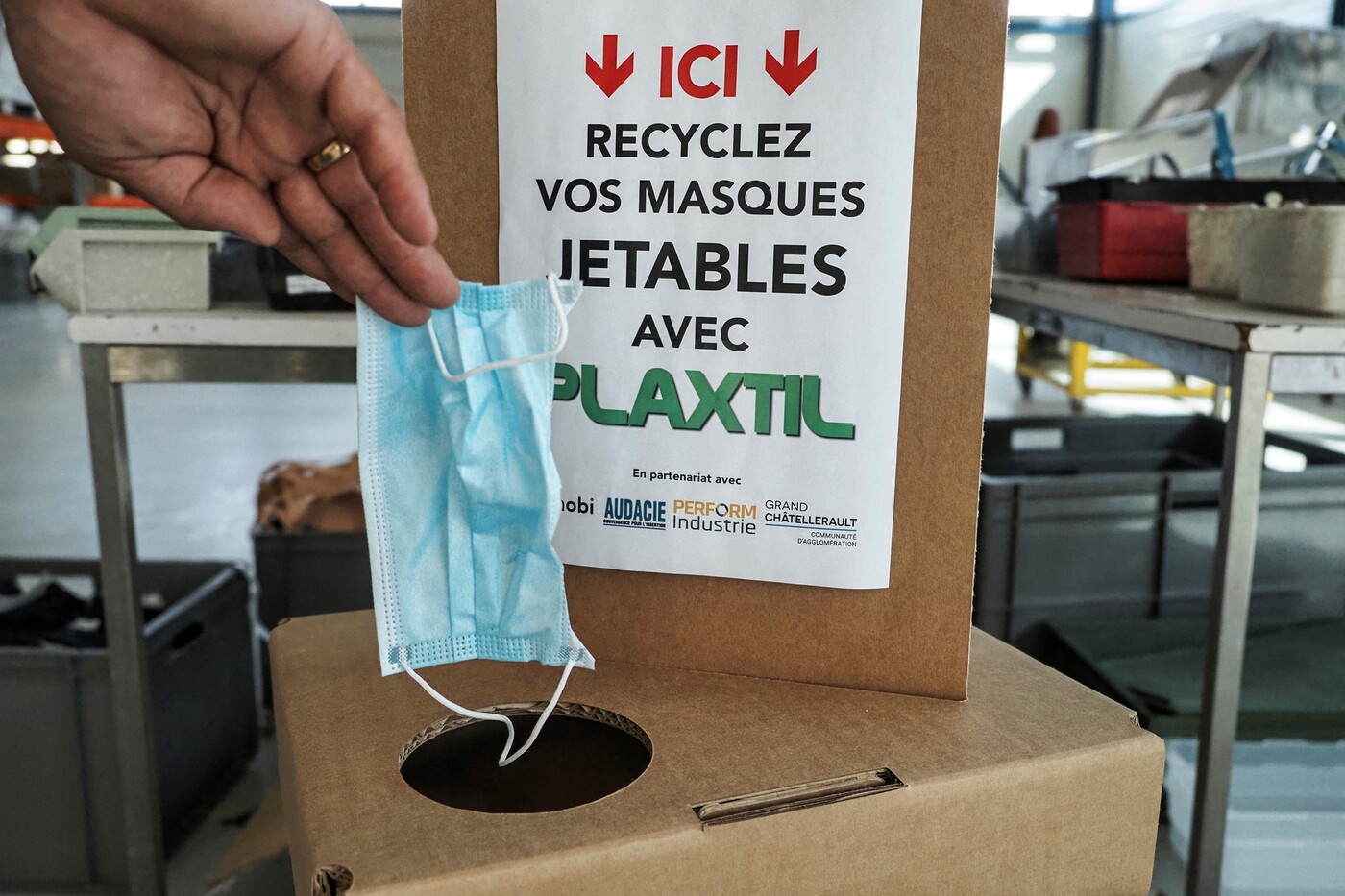 At least 100,000 masks – perhaps more, if the operation is as successful as in Meudon – will be collected over the next two months in Talence. About twenty cardboard terminals will be made available to the 42,171 inhabitants, near colleges, high schools and shops. This is a first in the Bordeaux metropolis and in the Gironde, underlines Emmanuel Sallaberry.

The mayor (without label) of this neighboring city of Bordeaux thus wishes to tackle this “Significant pollution caused by this new everyday object”: “Each week, more than 50 million masks are used in France, too many of which end up thrown on the ground or in nature, he emphasizes. However, it is possible to recover them, and we thus wish to help the creation of a recycling channel. “

Talence thus imitates the fifteen French municipalities (including Poitiers, Levallois, Rueil-Malmaison…), as well as the department of Vienne, which called on the services of Plaxtil. This Châtellerault start-up, from the plastics company CDA Développement, launched in 2019 to ensure the recycling of textiles, before moving on to masks.

“When the masks arrived following the first confinement, we started to see them polluting the streets and the waterways, and we said to ourselves that something had to be done, explains Olivier Civil, its co-director. This material (polypropylene for surgical masks, Editor’s note) is not intended to be burned or end up at the bottom of an ocean! “

In Talence, which has invested € 10,000 in this operation, the masks will be collected by two integration companies, Eco Agir and Réagir, allowing the creation of two to three full-time equivalent jobs. They will then be quarantined, decontaminated with ultraviolet rays and then crushed.

“Blends of fibers are difficult to recycle (less than 1% of textiles used in the manufacture of clothing in the world are recycled, NDRL). We are able to transform them into polymer, which can be injected into the plastics industry to make objects ”, continues Olivier Civil. 95% of the material is thus recovered and transformed into “plaxtil” – the recycled material which gave its name to the project.

The 100,000 masks collected in Gironde will become squares, rulers and protractors, making up 1,500 kits offered to young Talençais. “Along with this primary function of school equipment, we demonstrate by example that this waste has value for the new generations who will be in charge of creating this circular dynamic, tells Olivier Civil. And we are replacing products made in China with virgin plastics. “

CDA Développement also produces hangers from textile waste collected in Kiabi stores, a brand with which the company has entered into a partnership. It currently employs more than 40 people, while Plaxtil employs 6 people. But the company, highly publicized and in demand, is asserting itself in strong growth. She could benefit from the use of masks lastingly installed beyond the Covid-19 epidemic.