Health or education? Health and education! 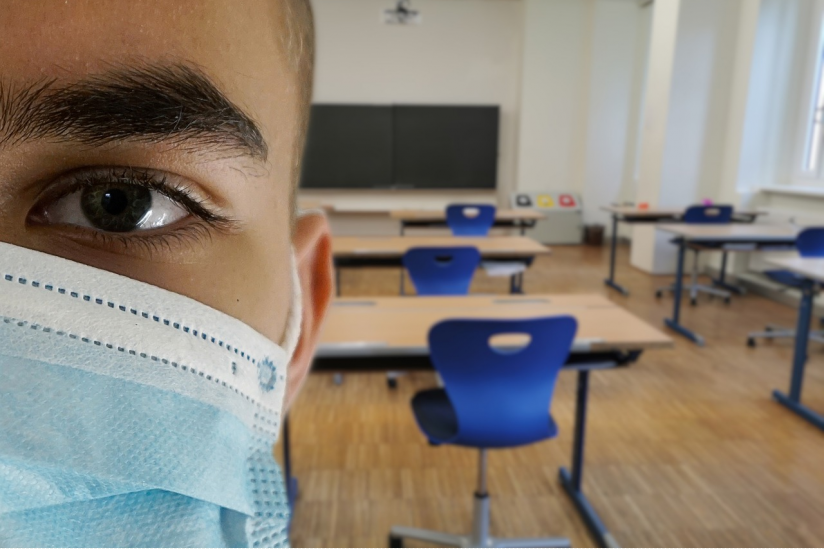 The pandemic has lasted for a year and affects all areas of life, including schools and kindergartens, of course. A concept to deal with this is still missing. This annoys columnist, doctor and mother Natalie Grams.

Like all parents, I am worried about how well schools and kindergartens protect the health of young and old. Sure, a lot is prescribed from “above” there, and that changes from time to time. And in the end, there is no concept, but the impression of utter confusion. From a patchwork of sometimes state, sometimes nationwide regulations and orders. This is followed by conflicts between schools and daycare centers with the authorities, insecurity and additional burdens from us parents, the loss of at least one medium-term planning security, etc. pp. – honestly, what is that about?

On top of that, there is a bad feeling: Do I put my children openly in danger if I send them to school and daycare, and thus possibly even the whole family? Or do I do more harm by having to isolate them and them at home important social development opportunities withhold? In the end, politicians may not even know what to burden their parents with. In any case, according to the current state of affairs, it now ensures neither the protection of health nor the guarantee of education.

After all: My federal state, Baden-Württemberg, gives parents the option of not sending their children to daycare or school for the time being, even if they are generally open. Of course, this is not a reliable permanent solution. And here, too, the responsibility for protecting against infection is generally passed on to the parents. Nevertheless, this is actually gold compared to North Rhine-Westphalia, where applications from schools to close, even with high incidence figures, were sometimes simply rejected – which the decision-makers apparently still consider to be something like a “clear line”.

Next door to me in Mannheim, all daycare centers were recently closed again because more and more under 15-year-olds were infected in regional clusters. Generally speaking, the numbers seem in this age group to rise rapidly, and mutated, more contagious Virus variants who B.1.1.7. circulate. And what happens? The rough pattern, the “plan”, goes like this: sometimes in daycare and school, sometimes out of daycare and school. And those who test positive have to be in quarantine.

Now, most parents find it irresponsible to choose between health and education without doing justice to either. With a small – of course not representative – Poll from me on Twitter Almost 80 percent stated that they would send their children to school with an extremely bad feeling or that they would immediately decide against “normal” school attendance (if this option exists, as in Baden-Württemberg). Some even keep their children at home despite the fact that they are required to be present, which is a reason why they violate the law. That’s grotesque.

And yet, after a year of pandemic, school operations are still in their infancy when it comes to concepts that offer a real alternative to normal classroom teaching. Such concepts certainly exist; some schools have developed them themselves. And there are – as a mother with three children – I think there are sensible approaches on how to cover health and educational aspects and at the same time give parents more planning security. Notated in bullet points, it would take:

This could cut the risk of infection in half, at least. Surely these can’t be unrealistic fantasies? Wouldn’t it be possible to achieve more with this than with the current principle of yes-no-yes-maybe?

It is refuted for monthsthat there is a negligible risk of infection in children and adolescents. We know that children and adolescents can carry viruses into families and further promote the pandemic: Symptomatic ones Children can transmit the virus just as effectively as adults, and transmission is by no means excluded even in infected children without symptoms. “Long Covid” courses have also been observed in younger people. At the same time, vaccination protection as a salvation of the situation is currently not foreseeable, at least for under 15-year-olds, because the studies here are still ongoing.

But things are moving forward: The company Moderna will test its mRNA vaccine in its “KidCove” program in its own phase II / III study with children from the age of six months. The corresponding “TeenCOVE” study for the group of 12 to 15 year olds is already running. In the foreseeable future, vaccinations for our children could also be available and help.

Many have not yet realized that Corona will not disappear the day after tomorrow, but will be with us in the long term. And that further such pandemics can follow, with similar or completely different viruses. So one way or another, we need a concept to deal with the fact that we get health and education together. It should be a concept that works independently of vaccination – and also independently of the fluctuating interests of regional politics.