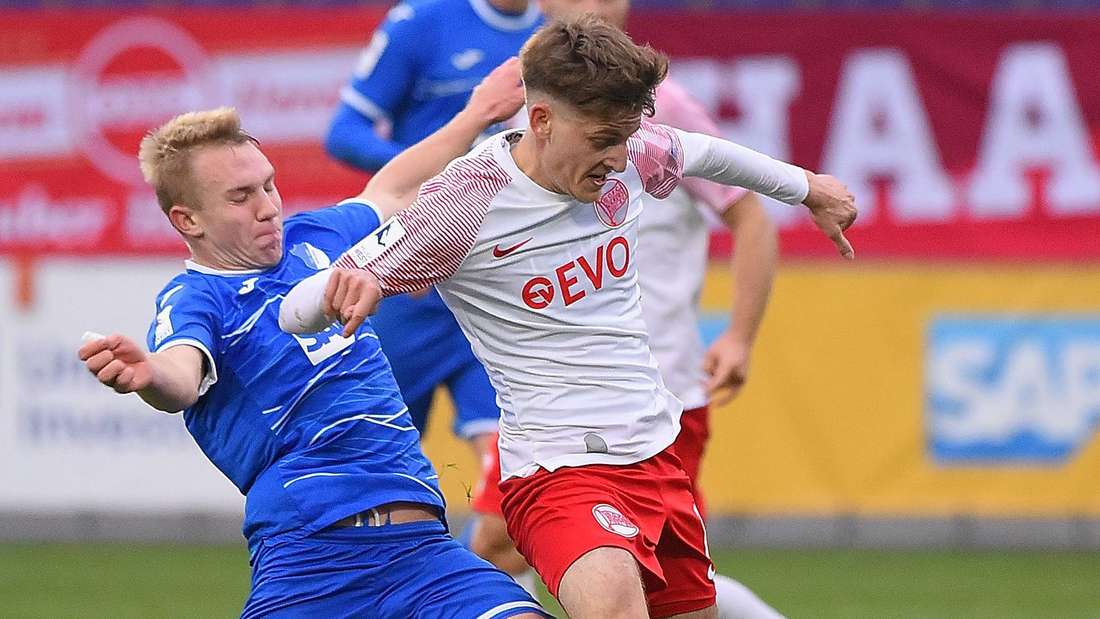 At Kickers Offenbach, the perfect companion for pacesetter Björn Jopek has not yet emerged.

Offenbach – Ronny Marcos called the defeat “extremely annoying”. Kickers Offenbach at TSG 1899 Hoffenheim II. The two goals for 1:3 (0:1) naturally allow this conclusion, after all they came in injury time and nullified a second half in which the Kickers had acted extremely dominant. But there are reasons for the defeat.

Kickers CEO: OFC still has a lot of work to do

Play control and dominance are attributes manager Ersan Parlatan has instilled since arriving in mid-October. Quite successful, which suggests 16 points from eight league games and a Hesse Cup win. But how far has the 45-year-old really gone in his search for him?

Kickers OffenbachIn any case, CEO Matthias Georg still sees a lot of work to do for fourth place in the Southwest Regional Football League. “We have to work to show the image we had at Hoffenheim also in the first half,” Georg underlined. Only then will the OFC be able to continue to dream of being able to close the gap again from the leaders SSV Ulm 1846 (42).

Parlatan mainly complained about the lack of compactness in the first half, which is why it was not possible to put more pressure on the opponent to take the lead accordingly. Significantly, the OFC usually only shed all of its shackles when it lagged behind. That’s been the case five times in the last six competitive matches. Last but not least, the bank players had regularly made sure that the turnaround was successful. Even after trailing 1-0 at half-time at Hoffenheim, the newly formed Kickers came back, but then gambled away the only point they had fought for in the final tournament with too much risk.

Offenbacher Kickers: The search for a sideman for Björn Jopek

The OFC is currently in a struggle for balance. Players and coaches look for the right mix of offensive power and defensive stability. A central position that coordinates both on the pitch is the central midfielder. This fight is clear there too: Björn Jopek is one of the best pacers in the league, but he’s not a classic six. Still looking for the right neighbor.

Even Julian Albrecht (21) understands his side more strategically, he is not a clear winner. Semir Saric thinks extremely offensively. His ball skills are impressive. However, his tendency to take risks is often too pronounced and has serious consequences in his own half. It is no coincidence that Saric has made his best games for Kickers in the role of ten.

OFC: The midfield solution must come from the existing squad

In Hoffenheim, OFC only managed to put more pressure on their opponents after the break. A 4-2-3-1 had turned into a 4-1-4-1, in which Rafael Garcia and Christian Derflinger, who had been rather disappointing at half-time, were much more mobile, entrenched and thus came into their own .

But this was also due to the fact that Jopek was often taller and provided more power in the opposition half. In stoppage time, however, the heavy running work had a negative impact, both goals were conceded because brace Umut Tohumcu was able to take the ball calmly and, it must be admitted, take extraordinarily good measurements.

But since Matthias Georg has ruled out personnel changes during the winter break, a solution has to be found from the existing team for the role of lubricant between the drive parts. Jost Mairose, originally a six, still plays an extra role. It is possible that Maik Vetter’s time has returned after some good winter preparation. The 31-year-old is back on form after a difficult and injury-ridden first half of the year and has recently returned to the squad. (Joerg Mol)