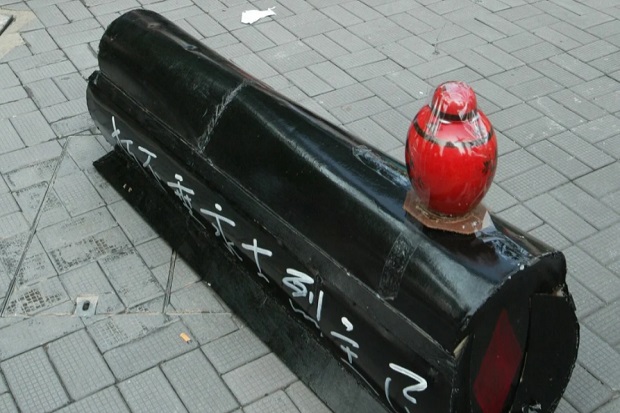 BEIJING – A man China with Down syndrome were kidnapped, drugged, put in a coffin and cremated alive in a wealthy place. The rich man who had died wanted to be buried, not cremated, and a sinister plot of exchanging bodies was carried out.

The wealthy man, known only by his last name Huang, died of cancer in February 2017, and told his family before he died that he wanted a burial.

Also read: The World’s Most Expensive Painting of Salvator Mundi is Endangered on the Superyacht of the Saudi Prince

The family then hired someone to find a replacement body that could be cremated to replace the rich man’s body.

But without them knowing, someone they hired commits murder to provide a surrogate body.

The victim, a man named Lin Shaoren who was 36 years old at the time and suffered from Down’s syndrome — a congenital disorder or defect acquired due to chromosomal abnormalities — was picking up trash along the road on March 1, 2017, near his home in Lufeng. It was then, that Ms. Lin was kidnapped and forced to drink large amounts of alcohol.

The kidnappers then placed Lin unconscious in a coffin and sealed him with four steel nails.

The coffin was then exchanged for the rich man’s coffin when it was sent for cremation.

Lin was cremated while Huang’s body was taken to a remote area to be buried by the family in a traditional way.

Huang’s relatives paid 107,000 yuan for this evil plot, of which 90,000 yuan was for the kidnapper whose short name was Huang, while the rest went to the middleman identified by the last name Wen.

Lin was listed as a missing person for two years before his family discovered he had been murdered in November 2019, after police used the footage surveillance to solve the mystery of the crime.

Quoting South China Morning PostThursday (15/4/2021), the kidnapper was sentenced to death whose execution has been suspended by a court, and the case rose to prominence this week when it appeared in Chinese media reports.

Burials are prohibited in most parts of China, especially in major cities.

But some families go to great lengths to avoid cremation, with many believing burials are the only way for the dead to find peace.