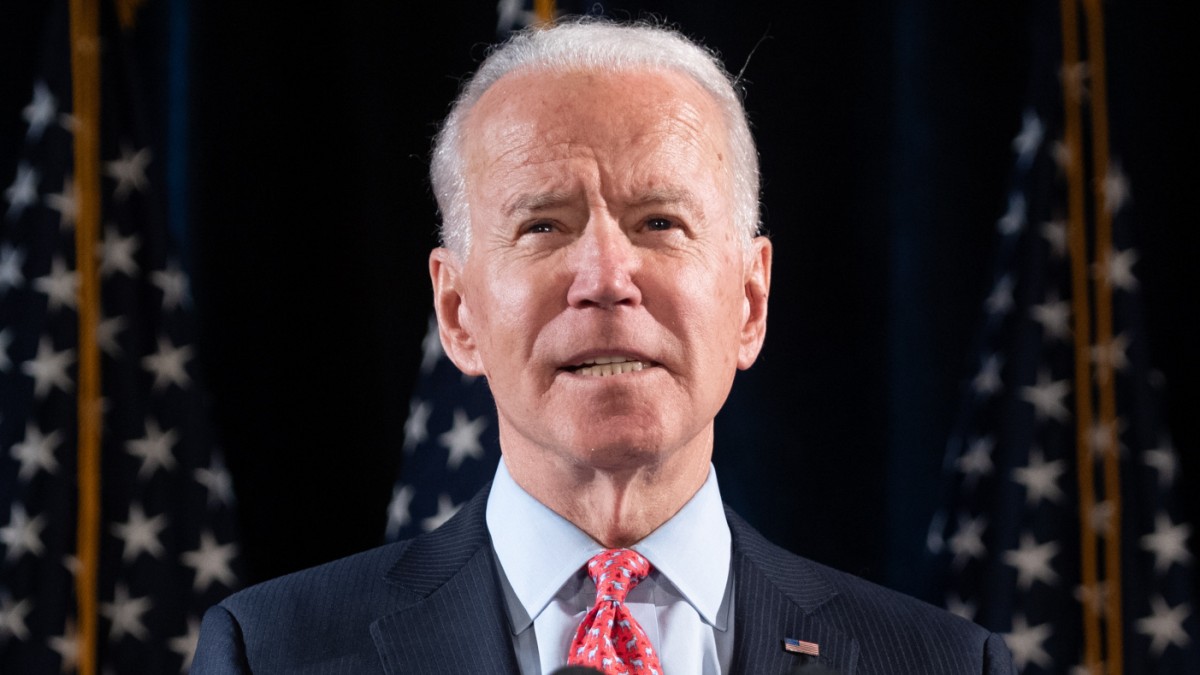 It takes a lot to make such an election day a side note, to the almost annoying interlude in a major drama – but this is exactly how it was with the recent round of the democratic primaries for the US presidential candidacy. At the TV station MSNBC, the unofficial house broadcaster for many Democrats, the moderators discussed the various spread scenarios for the coronavirus with scientists. They switched to correspondents who were standing in front of cleared shelves in a supermarket. And when they did broadcast an interview with a politician, it was a mayor who had contracted the virus. “Unprecedented!” Shouted the moderators more than once – always referring to the pandemic.

Unprecedented, these primaries really were. Because of the corona outbreak, of course. But also because one of the most spectacular comebacks in recent US political history continued on Tuesday. Joe Biden beat his opponent Bernie Sanders in Florida, Illinois and Arizona with margins that leave no doubt that he will be the Democrat to face Donald Trump this fall. In Florida, the most important state on this election day, Biden got around 62 percent of the vote, Sanders just 23. According to a count by the AP news agency, the former Vice President now has 1,121 delegates, Sanders 839. The left-wing politician has fallen behind he can practically no longer catch up in the remaining primaries.

So the decision has been made. That was also the message that Biden spread with his subsequent appearance. He reached out to the Americans on a slightly pixelated livestream broadcast from his Delaware home. It wasn’t a victory speech that the 77-year-old gave, on the contrary: the background was dark, the tone serious. Biden said almost nothing about the primaries, instead he talked a lot about the corona crisis. He offered his condolences to the victims, thanked the health workers and called on the Americans to follow the instructions of the authorities – just as if he were already president. And like last week, he wooed the followers of Sanders, whom he praised for their passion. “I hear you,” said Biden.

Read Also:  The first additional board provides information about the resistance fighter «kleinezeitung.at

However, it was not clear on election night whether Sanders would also hear the signals. The Senator from Vermont decided not to appear in public. The question is no longer whether Sanders will end his presidential campaign, but only when. In the media, his allies hinted that despite his hopeless position, he could stay in the race for a while to keep rallying delegates. This means that Sanders’ left movement at the Democratic nomination convention has more influence when it comes to forcing the Moderate Biden to make programmatic or personal concessions. But this also increases the risk that the Democrats will continue to engage in a wing fight that could leave deep scars with regard to the main election against Trump.

This is one of the reasons why the pressure on Sanders will increase to withdraw his application as quickly as possible. An election campaign, as the Senator had waged quite successfully until recently, is no longer an option because of the corona outbreak. There are no more appearances in front of supporters, no more volunteers moving from door to door, no more visits from candidates to factories and restaurants. All over. The virus was also a problem on election day itself. Many polling stations remained closed, partly because there were not enough helpers. In some places the authorities ran out of disinfectants that they wanted to use in the pubs. And in Illinois at least, voter turnout was also lower than it was four years ago. In Florida and Arizona, on the other hand, many voters cast their votes early and by postal vote.

Actually, an area code was also scheduled in Ohio on Tuesday. The state governor postponed the vote at the last minute to a new date in June. It cannot be that citizens have to choose between their health and exercising their right to vote, he said. Five states have now postponed the primaries – much to the displeasure of the Democratic Party. Its chairman Tom Perez has called on the states to switch their elections completely to postal votes, also in view of a possible impairment of the main election in November. A presidential election in the midst of a pandemic: that would be truly unprecedented.

Everything you need to know about voting in the USA: in our new weekly newsletter – in your mailbox every Thursday. Free registration: sz.de/usa-newsletter. And by push notification via our smartphone app – you can install it free of charge here. Are you already using our app? Then register here for the push notification.

[단독] In the semiconductor turmoil… Samsung also outsources to Taiwan

Can the powerful GPT-3 artificial intelligence model rot the web?

Brief look at new tent camp Lesbos: ‘This will be more humane’

Publication is preferred to avoid Cyberpunk 2077

Best friend of the Azeri criminal organization who killed the ringleader: I did it because I didn’t like it