Ukraine open voice about the president’s claim Joko Widodo who said he brought the President Volodymyr Zelenksy to be presented to the President of Russia Vladimir Putin when they met at the Kremlin Palace, Moscow, on Friday (3/7).

A spokesman for the Ukrainian Presidential Office, Serhii Nikiforov, said if Zelensky had a message for Putin, he would convey it himself publicly, not through intermediaries.

“There is any message, if the President of Ukraine wants to talk to someone, he will do it openly, in his daily speeches,” Nikiforov said.

Nikiforov said the meeting between Zelensky and Jokowi a few days ago focused on discussing the threat of a global food supply crisis, such as wheat and fertilizers.

This is because, since the Russian invasion of Ukraine took place, Moscow has blocked a number of ports so that the supply of Ukrainian grain has been halted. In fact, Ukraine is one of the world’s main grain supplies.

“Indonesia is one of the biggest importers of wheat from Ukraine, and the blockade of Ukrainian ports is the main focus of talks between the presidents [Indonesia dan Ukraina]in Kiev,” said Nikiforov.

“Russia bears full responsibility for disrupting exports [gandum Ukraina] to Indonesia, as well as to other parts of the world. And Russia will be held responsible for a food crisis that could ensue unless Ukrainian ports are opened soon. This is what President Volodymyr Zelenskyy discussed in detail with President Joko Widodo,” he added as quoted by Antara Ukrainska PravdaSunday (3/7).

Previously, Jokowi claimed he was entrusted with a message by President Zelensky during a meeting in Kyiv to be conveyed to Russian President Vladimir Putin.

In a joint speech at the Kremlin Palace, Jokowi claimed to have conveyed Zelensky’s message to Putin.

“I have conveyed President Zelensky’s message to President Putin and I conveyed my readiness to become a communication bridge between the two leaders,” Jokowi said at a press conference in Russia, Thursday (30/6).

However, Jokowi did not elaborate on the contents of Zelensky’s message, nor did Putin, who did not discuss anything about the Russian invasion of Ukraine in his speech. 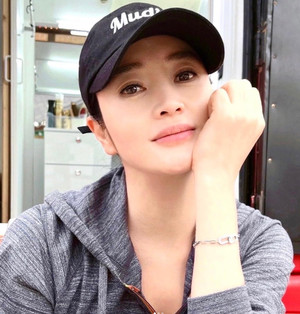