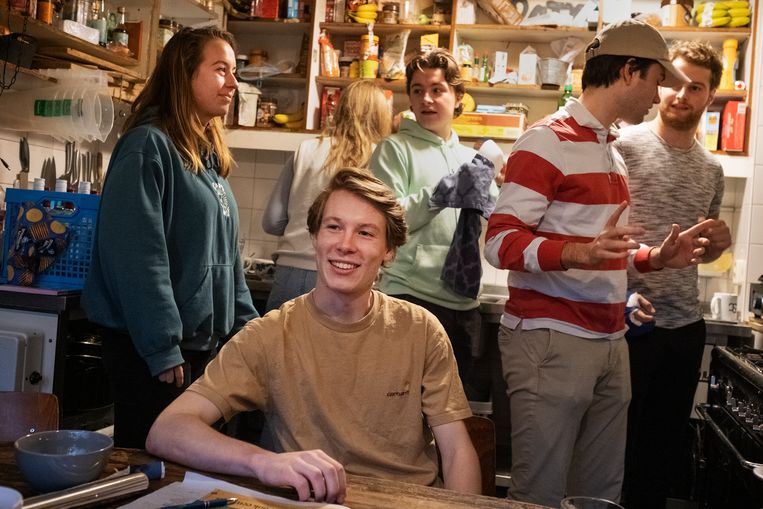 It can’t be missed, Delft student Joost (22) thought when he and his then girlfriend suddenly discovered red, itchy bumps on their skin last winter: it was scabies. But the medical student dismissed his concerns and dismissed the problem as dry skin. After two months the rash hadn’t gone away and the itch was so bad that Joost, who for privacy reasons doesn’t want his surname in the newspaper, sometimes didn’t sleep for whole nights. “I wanted to rip my skin off,” he says.

It was scabies after all, concluded her doctor during a second visit. The greasy ointment that Joost initially had to apply against the dry skin had made conditions particularly comfortable for the scabies mite that had burrowed under his skin. “Due to lack of sleep and itching, I was no longer comfortable in my skin. And it wasn’t good for my relationship with my ex either: if I was able to fall asleep for a while, her tossing and turning woke me up. It’s not good for having fun.”

The number of patients with scabies, popularly called scabies, has been on the rise across the country since 2013. In the past two years, this growth has accelerated, especially among young adults. This year, an average of about 2,900 people a week visited their doctor with the infectious skin disease. This is more than double the level in 2020, when an average of 1,400 scabies patients arrived each week.

There is no explanation for the rapid increase. It could be because young adults have come into more contact with each other in student houses or elsewhere during and after the coronavirus. It may also be that scabies is now more well known among students, so they are more likely to go to their doctor if they itch.

“This is a persistent public health problem,” says Heiman Wertheim, professor of medical microbiology at Radboud UMC. ‘However, not all general practitioners are familiar with scabies. Due to long waiting lists, many students are still registered at a studio outside their student city. A general practitioner in Lutjebroek with few students in the patient file may confuse scabies with eczema or other skin conditions.’

When Joost’s primary care physician finally diagnosed scabies, Joost and all of his fifteen roommates had to apply permethrin cream from head to toe twice for three days, one week apart. Anyone who had long-term intense skin contact or shared a bed, sofa, or clothes could become infected.

Clear guidelines for treatment were lacking. “My GP had no idea, so we also didn’t know that you shouldn’t sit on the sofa during a cure like this.” And so Joost didn’t get rid of his scabies, not even after a second application. In the meantime, two other roommates had also received it. ‘By the third course we were completely done. Instead of the prescribed three days, we applied the cream twice for a whole week. We washed the fabrics at 60 degrees and wrapped all the sofas in the house in plastic. And it still hasn’t gone away.’

“Properly following washing, dressing, and lubricating instructions is really a profession unto itself,” says GGD physician Ewout Fanoy. “For example, if you neatly store non-washable fabrics in a plastic bag, but then put them out in the cold, the scabies mite goes into a sort of hibernation and actually lasts a very long time. A few days next to the heat is a better idea”. To prevent such mistakes, the GGD is now starting to provide more information in the form of poster and folder material and a consultation hour in Amsterdam. If necessary, a team of experts visits the institutions where it broke out scab.. GPs and patients can also contact the GGD with questions about scabies.

‘A big step in the right direction,’ says Professor Wertheim. He argues that diagnosing, educating and treating scabies, including advice on hygiene, should all end with GGD. ‘To address scabies, you first need to accurately map its prevalence. The GGD has the knowledge for this. If it is then clear exactly what the situation is, the effect of the possible solutions can be calculated. Perhaps such a calculation shows that we can better control scabies if we send each student a pill of ivermectin twice a year as a preventative measure. It works very well against scabies.”

A “brilliant” idea, thinks Joost. At the start of the summer holidays, after three unsuccessful ointment treatments, his family doctor prescribed ivermectin for him. Before flying to Crete, he left all his clothes and bedding in plastic bags. On the doorstep he swallowed a pill. That combination finally got him rid of the mites after five months of itching. “My skin was now completely broken from all the scratching and smudging and pill taking. Now I pay more attention. Every time I itch somewhere I think: oh no, is it that time again?’