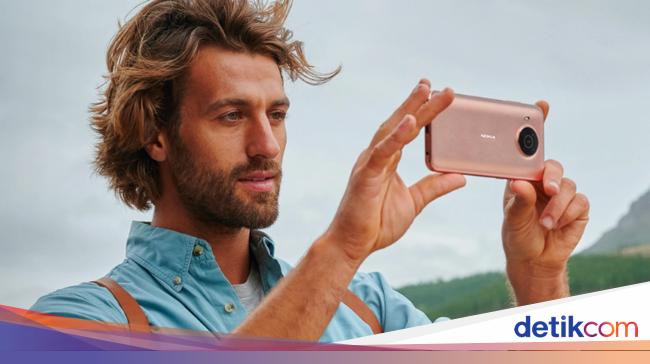 HMD Global claims the Nokia X10 and Nokia X20 is the cheapest 5G HP they’ve ever released. Both are equipped with chipsets Snapdragon 480 which was introduced a few months ago by Qualcomm.

Both the Nokia X10 and X20 have a 6.67 inch IPS LCD screen with Full HD + resolution. Adopting a punch hole in the top center, but there is still a thick bezel at the bottom, making the screen body ratio 79.8%.

These two cellphones have a capacity of 4,470 mAh with 18W fast charging. It is more complete thanks to the presence of the fingerprint feature that is integrated with the power button.

Speaking of connectivity, both phones feature 5G (dual-SIM), WiFi 5, Bluetooth 5.0 with aptX HD / Adaptive, and NFC. There is a USB-C port and a 3.5 audio jack complete with FM radio receiver.

HMD Global promises three years of full support. Not just three years of OS and security updates, they provide a three-year warranty. As part of the green initiative, both phones come with cases that are 100% compostable.

Both new Nokia phones run plain Android 11. The Nokia X10 has Forest and Snow color variants, while the Nokia X20 has a choice of Midnight Sun and Nordic Blue.