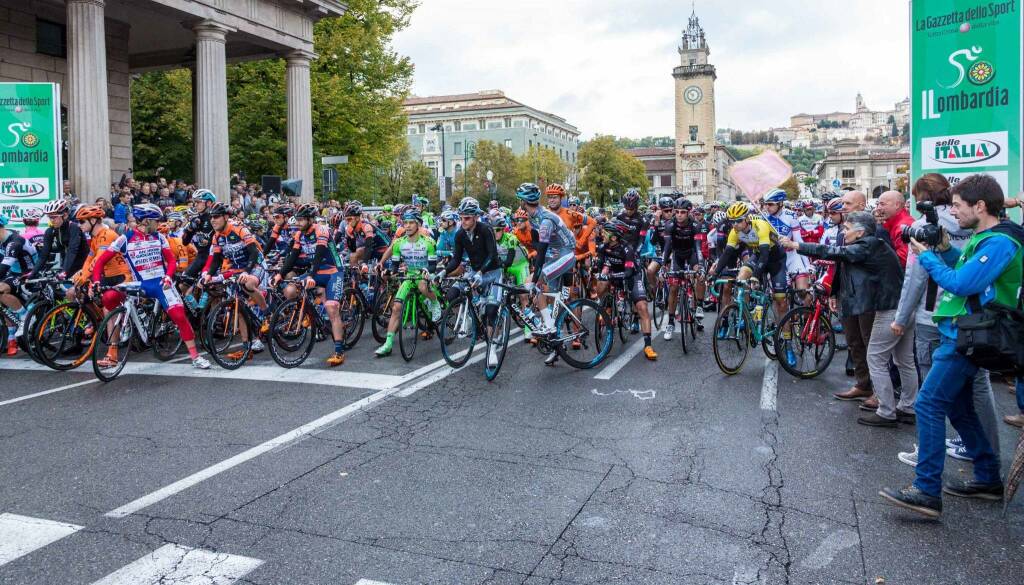 The 114th edition of the Giro di Lombardia will undoubtedly remain in the annals of cycling.

Traditionally positioned in the month of October, the Coronavirus forced the organizers to move the international competition to the day of August 15th, creating a somewhat unusual climate for the appointment.

Once again Bergamo will host the departure of the centuries-old “classic monument” with the traditional Largo Porta Nuova footbridge.

Among the most anticipated names of the eve undoubtedly stands out that of Vincenzo Nibali which, escorted by Giulio Ciccone, will try to bring the tricolor back to the top step of the podium after three years.

Great attention is also paid to the winner of the last Giro d’Italia Richard Carapaz who will have to deal with the young Belgian talent Remco Evenepoel, true ruler of the season.

As announced by the organizers, the route involved in the race will be closed to traffic about forty-five minutes before the passage with no parking present until the group’s transit ends.

There will be numerous Orobic locations involved starting from the city center which, starting at 10.50 am, will host the stage for the signature sheet.

After observing a minute of silence for the victims of the pandemic, the “Shark of the Strait” and their colleagues will start at 12.20 from the Propylaea parading from Viale Papa Giovanni XXIII before turning towards Via Paleocapa and reaching Via San Giorgio.

Having faced the Largo Tironi roundabout, the runners will cross via San Bernardino where, at the intersection with via Canovine, the official start will be scheduled.

The challenge will then light up along the roads of the Bergamo plain before going up towards Val Cavallina where the riders will face Colle Gallo from Casazza, the first roughness of the day.

The platoon will then travel through the Lower Seriana Valley before touching the chief town again and taking the Provincial Road 470 up to Villa d’Almè.

Near Cisano Bergamasco the cyclists will therefore leave the Bergamo area to reach Brianza and start the hottest phase of the race which will be characterized by the ascents to Ghisallo, Muro di Sormano and Civiglio.

The ascent of San Fermo della Battaglia will again act as the final referee, which will precede the dive towards Como where the Dutch Bauke Mollema triumphed last year.