Oxfam: ‘New refugee camp on Lesbos worse than that on M … 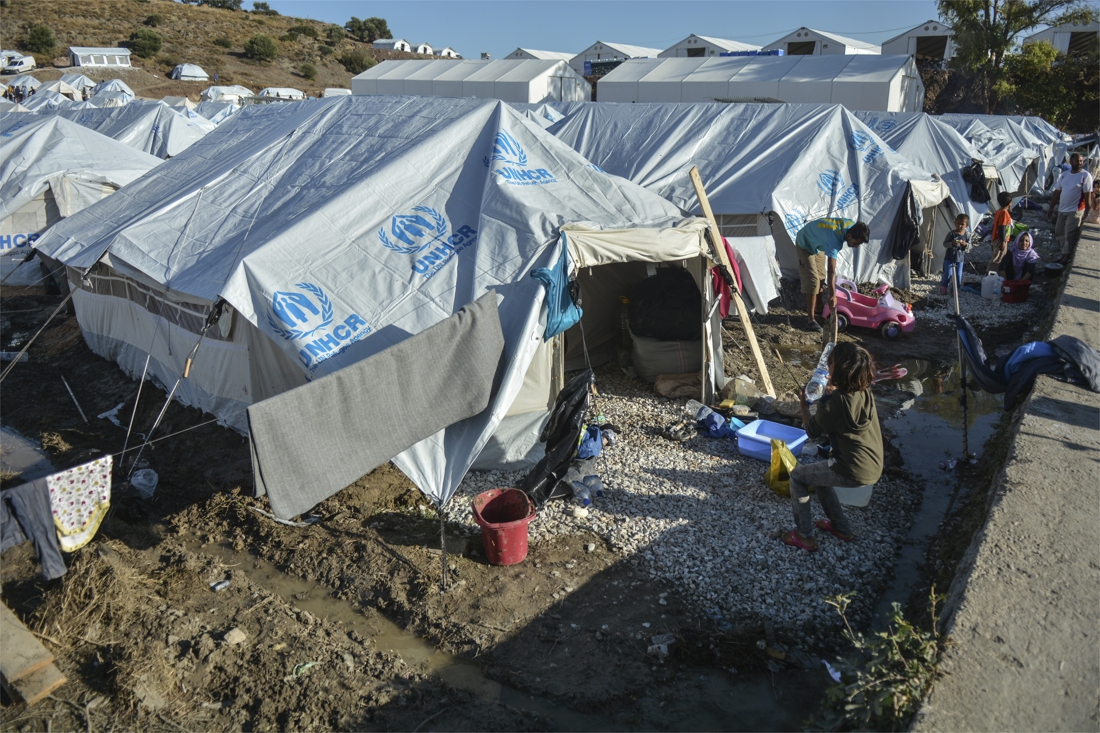 The situation in the new temporary refugee camp on the Greek island of Lesvos is worse than that in Moria camp, which burned down in September. That says the NGO Oxfam on Tuesday. About 8,000 people, mostly families with children, live in summer tents while winter is approaching. The aid agency sent employees to Lesvos, […] Greek Prime Minister Kyriakos Mitsotakis on Sunday promised the country will build a new permanent migrant reception center on Lesvos. Last week, the overcrowded Moria migrant camp on the island burned down. The fires in Moria left nearly 13,000 migrants without shelter. In the chaotic camp there was already talk of what aid organizations have […] 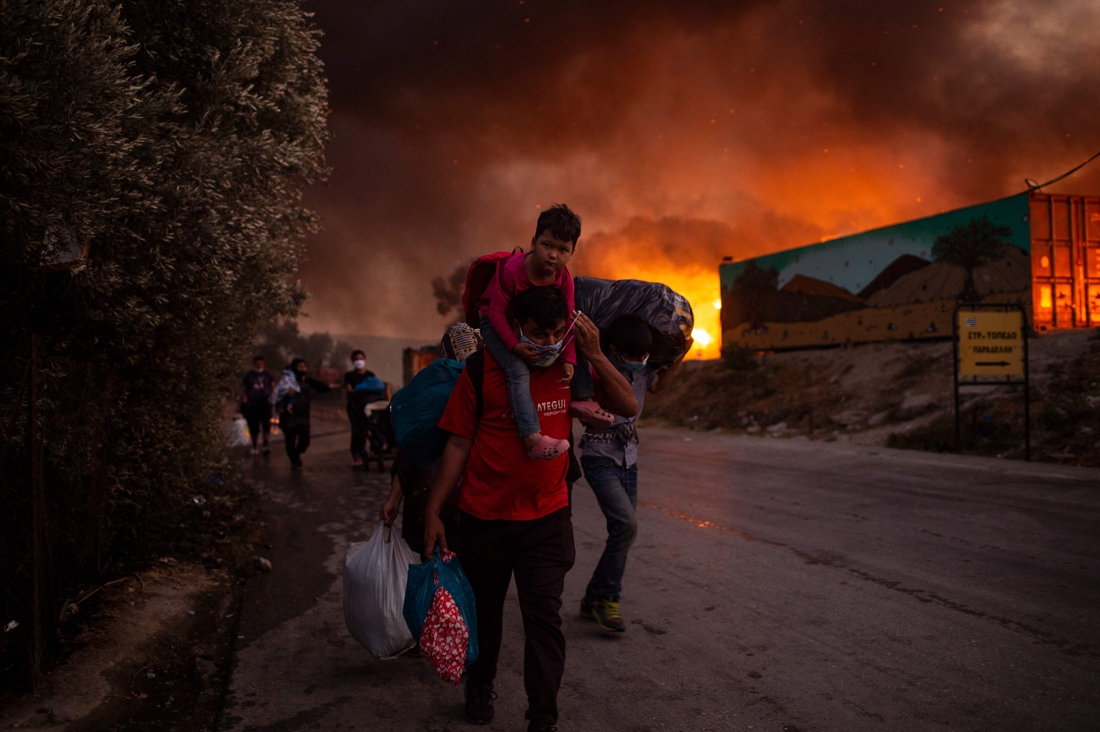 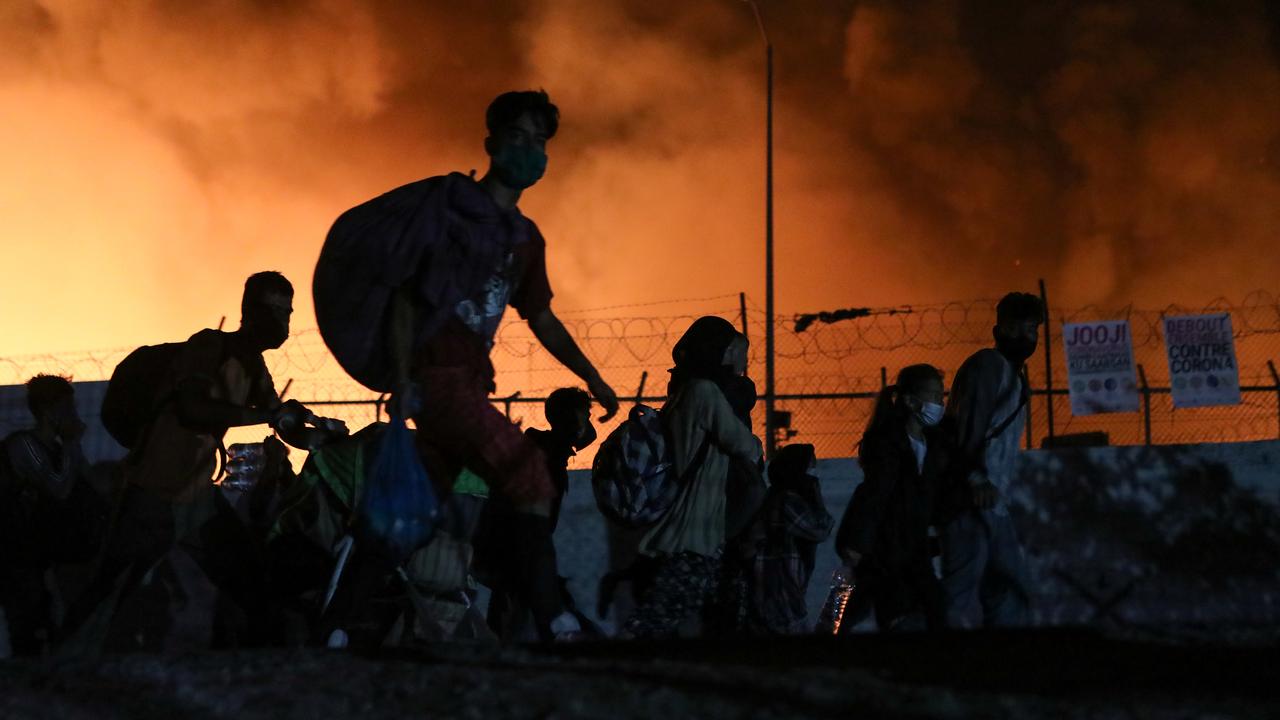 Several fires broke out early Wednesday morning in the overcrowded Greek refugee camp Moria on Lesbos. Inhabitants of the camp are being evacuated. The cause of the fire is still unknown. Fires are currently raging both inside and outside the camp. Images show that many refugees are on the move with their belongings. The local […]

Turkey: Erdogan sends thousands of refugees back to the EU “The buses came on Friday and we drove late into the night,” said Dunya, who comes from Syria. “It was pretty tiring,” said the mother of five on the phone. “But now we’re luckily in Izmir.” The 30-year-old widow now hopes to take a boat across the Mediterranean to Greece from the Turkish port. “Anyway, […]

A child died on Monday morning in a large fire in a crowded migrant camp on the Greek island of Lesbos, the local fire brigade reports. It is a girl of six or seven years old. The fire destroyed two containers used as living quarters in Camp Moria. Some tents also went up in flames. […]

Médecins Sans Frontières relief organization is concerned that the corona virus will spread in Greek refugee camps. On Sunday it turned out that a resident of the Greek island of Lesbos, where several refugee camps are located, was infected with the COVID-19 virus. MSF is particularly concerned about the Moria refugee camp. More than twenty […] Merkel: “New level” in EU-Turkey agreements necessary DIE WELT Poisoned advice from Erdogan to the Greeks – “Why don’t you open the gates” BILD EU CRISIS CRISIS: How to deal with Erdogan and the refugees? WELT news channel Greece and Turkey: The skirmishes take on ZEIT ONLINE Migration crisis: Erdogan’s appeal to Athens: “Open the […]

Refugee crisis Lesbos: Right blogger clashes with left in demo The crisis on the EU’s external border attracts right-wing extremists from Germany. A blogger is said to have been “encircled” by anti-fascist demonstrators in Lesbos. A fireman stands in front of the burned out community center “One Happy Family” on Lesbos. Photo: dpa Athens. Right-wing […]