Soap at Forum for Democracy continues: party board asks Baudet to leave 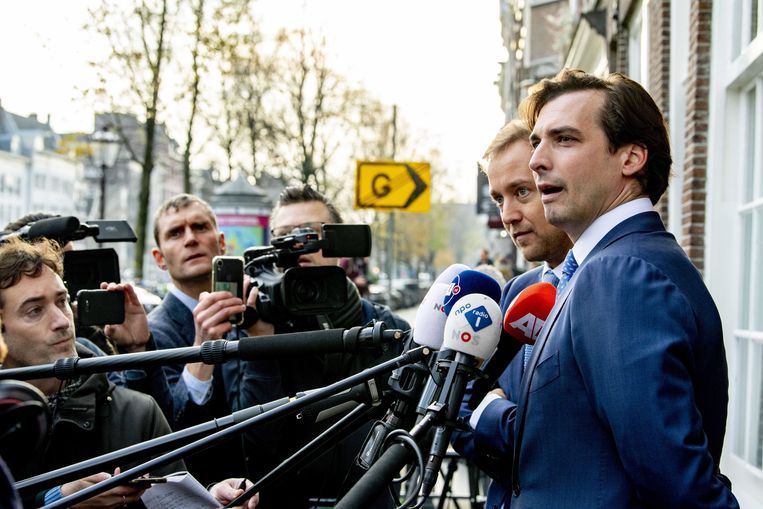 The party board of FVD wants Baudet to resign after he announced earlier today that he wants to become party leader and party leader again. Earlier this afternoon, a party spokesman had said that Baudet had been removed from the party administration, but later qualified. He emphasized that the top candidate election suggested by Baudet was not a board decision.

According to the spokesperson, deputy chairman Lennart van der Linden, secretary Astrid de Groot and board member Rob Rooken have asked Baudet to step down from the board. They did that because he did not keep to the agreements that were made within the board on Wednesday. “We have every confidence that he understands this and that he will immediately resign from the board and thus leave the board,” said the spokesperson.

Thierry Baudet previously announced in a video on Twitter that he will again is a candidate to lead the party. “I am back in the spotlight”, it sounded. “Peace should have returned (by his step aside, ed.), but now the soul of the party is in danger of being lost. ” Baudet then announced party leader elections, in which he himself would also be a candidate.

On Monday, Baudet withdrew as party leader and on Tuesday he also stepped up as party chairman after there was a fuss about messages that had appeared in recent days about anti-Semitic and homophobic messages circulating in app groups of JFVD, the party’s youth movement. There was also fierce criticism from within the party. The party members demanded the departure of JFVD chairman Freek Jansen, a confidant of Baudet. Baudet did not want to drop Jansen, however.

“A ‘bitch fight’ has arisen in public, in which I am given a lot of trouble,” says Baudet in the video. He speaks of an “attempted character assassination” and accuses critics of wanting to expel him “with tar and feathers”.

In the video it remains unclear on the basis of which position in the party he is calling the party leader elections. On November 30 and December 1, members of FVD will be able to express themselves digitally about being the top candidate, Baudet announces. “Anyone who thinks that things really have to be done differently at FVD, who thinks that too big mistakes have been made, can make himself available. But the members are speaking. ”

‘Not to Baudet to write an election’

Current deputy chairman Lennart van der Linden responded ‘surprised’ to Baudet’s statement. It is up to the party board of the Forum for Democracy to issue a party leader, not Thierry Baudet, it said. “Baudet gave up the gavel yesterday, that is the setting. I am de facto chairman. We have a party board that organizes these kinds of matters. ” Van der Linden announced that he would consult with his fellow board members. In the meantime, that board has asked Baudet to step out of the party board.

They cut off the power and he throws a hand grenade: three wounded

Pacemakers, so smartphones and fitness trackers alter their functioning

Pach Anon realizes that the singer is addicted to the Covid Party, Bael, it is not Copter Sure !!

Hawaii to announce it will also launch on the Nintendo Wii

China is the first country to launch 6G satellite, is it really 100 times faster than 5G? All pages

MAX 737 could fly as early as Monday for commercial survival

[경제]”Investment of 9,3 trillion won to support corona damage…Executed as quickly as possible”