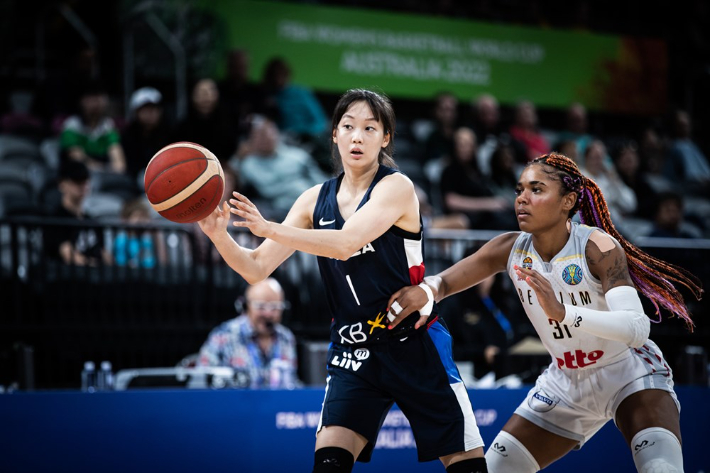 Shin Ji-hyun. Provided by FIBAThe wall of 5th place in the world rankings was high.

The women’s basketball team, led by coach Jeong Seon-min, lost 61 to 84 to Belgium in the second leg of Group A of the 2022 FIFA Women’s Basketball World Cup held in Sydney, Australia on the 23rd. the second consecutive defeat after the 44-107 defeat against China the day before and 11 consecutive defeats in the World Cup finals.

The Chinese game started at 4:30 pm on the 22nd Korean time and ended after 6:00 pm. The Belgian match starts at 12:00. Another match was played less than 17 hours after the end of the match against China.

Belgium ranks 5th in the world. He is a higher ranked opponent than China (7th).

They played better than against China, but in the end they didn’t manage to overcome the difference in height. He was pushed 30-42 on rebound and the score in the paint zone was 20-44. Since he was pushed back on the rebound, he easily allowed for a quick attack. He gave up 19 points with a quick shot.

Ace Danbi Kim was slow with 5 points. Danbi Kim also scored a goalless match against China. Isul Kang scored the most 11 points, but only 2 out of 9 3-pointers were successful. Relatively young players like Park Ji-hyeon (9 points), Yoon Ye-bin (8 points) and Shin Ji-hyeon (7 points) did their part.

Coach Seon-Min Jeong said: “The first goal was to show how many of our skills we have on the big international stage. If we didn’t show our skills well in China, I think we played better against Belgium. Every match is for our players, it will be a truly valuable and valuable experience. “