Star Wars returns to Disney + with an Obi-Wan Kenobi series between Episode III and Episode IV. Here is the review of the first two episodes.

I fan di Star Wars have dreamed for years of a TV series about the most famous Jedi Master in the saga. It was talked about even before Disney started it and it is incredible to think that we live in an era in which Star Wars arrives on television every season, with a production quality comparable to that of the films, to tell us new stories about the galaxy far, far away. George Lucas. That of Obi-Wan KenobiFurthermore, it is a particularly important project, because it brings back to the scene not only iconic characters such as the protagonist or the relentless Darth Vader, but also the actors who played them in the prequel trilogy, namely Ewan McGregor – also as producer executive – and Hayden Christensen.

Considering the promise of recounting some unpublished but fundamental moments in the life of the Jedi, which are intertwined with the increasingly vast imaginary concocted by Dave Filoni and the others, you can understand why Obi-Wan Kenobi was a long-awaited series, even and especially after the half disappointment that was The Book of Boba Fett. We then watched the first two episodes, available from today on Disney + at the same time, with a mixture of enthusiasm and concern, and in our review of Obi-Wan Kenobi we tell you what we liked and what we didn’t.

In the review we have limited spoilers and details on characters and twists to a minimum, but we still refer to some events in the first two episodes of the series. If you want to remain completely unaware of what is happening, read the article after watching the episodes.

Return of the former Jedi

Unfortunately we have to tell you right away that not everything works out the right way in these first two episodes of Obi-Wan Kenobi, but we want to start with what we really liked and is … well, Obi-Wan Kenobi. Ewan McGregor remains a great actor, and he proves it also in this miniseries. We particularly appreciated the scruffy solemnity with which he faces his new life on Tatooine, a very common routine in the poverty of the desert planet, stirred only by his nightmares – in which he relives the painful events of the prequel trilogy – and by his morbid interest in his family. Lars and little Luke that he entrusted to Owen.

To interpret the latter is once again the good Joel Edgerton, who stands up to Obi-Wan in a confrontation that makes things clear: the former Jedi must stay away from the little one Skywalker. And that good or bad agrees with the Star Wars multimedia narrative, which in the rare moments when it explored Obi-Wan and Luke’s life on Tatooine, revealed that the two have crossed paths very few times and that Uncle Owen saw in Ben, in short, one who brought no small bad luck.

The TV miniseries, however, is not focused only on Obi-Wan and Tatooine, also because we would have had enough of the desert planet: after having seen and reviewed it in the sequel trilogy, in The Mandalorian and in The Book of Boba Fett, our concern was that it was a little too present in Obi-Wan Kenobi as well. Instead the first episode moves almost immediately to another planet, where a young princess drives her parents crazy, in defiance of her etiquette. It is this unexpected twist that really starts the story and shakes Obi-Wan from his torpor: we don’t want to anticipate you too much, but this surprise interaction is one of the features that most amused us in this double premiere.

In the first episode, in fact, we discover a disillusioned Kenobi who has distanced himself from the Force and rejects the few Jedi who survived theOrder 66 and hunted as prey by the Inquisitors of the Empire. McGregor perfectly portrays Obi-Wan’s mixed feelings, and seeing his character slowly come back to life, thanks to a little, big help, is thrilling.

Star Wars, however, is not just that. It is also a creative and boundless imaginary, made up of planets, alien species and imaginary technologies. Also in this context, Obi-Wan Kenobi gives the best of himself. Over the course of two episodes we get a better look at a world that we have only glimpsed in motion pictures, but also the planet Daiyuwhich reminded us of the atmosphere of Blade Runner.

The director Deborah Chowwho will be at the helm of all six episodes, has peppered every shot with aliens, droids and exoticism, and above all the second episode appeared to us as a triumph of details that will make the most heated Star Wars fans discuss: from the clumsy hunters of sizes – led by Red Hot Chili Pepper bassist, Flea – to the cameo of Temuera Morrison under the bum of a ruined assailant, there is something for everyone. And in this sense we also appreciated the traditional choice of resorting to costumes and make-up to camouflage the actors, rather than computer graphics, used above all in the reconstruction of additional scenarios and special effects.

Obi-Wan Kenobi’s problem is not so much in the narrative in and of itself – and we already imagine platoons of fans ready to point out every slightest problem of continuity – as the small but frequent forcing that interfere to divert the story on the right tracks. . Things like the young man Jedi on the run who accidentally meets Obi-Wan in the middle of the desert or Reva who among all the citizens takes it right with Owen. If in the first episode they are tolerable tricks, in the second there is a greater pressure on the script and on the dialogues which, unfortunately, sometimes fall into cliché. Ironically, it is the irresistible little guest star who dominates the scene, while the Inquisitors seemed to us the weakest point of the two episodes.

On Grand Inquisitor we will be able to return in the future, because first we want to see how this strange subplot will develop. Rubert Friend plays the first live action version of this character, which made its debut in Star Wars Rebels. Friend and Filoni have decided to take some moderate distances from the characterization in the animated series: initially we were not convinced that it was the right choice, but the second episode may have made us change our mind. The same could be said for the Fifth Brotherwhich in the animated series has already had its say, and here only serves to better outline the unpublished character of Reva through their internal conflict.

For the uninitiated, the Inquisitors are a legion of former Jedi or Force users that Palpatine and Darth Vader they reunited precisely to hunt down the Jedi who escaped Order 66. Who played Star Wars Jedi: Fallen Order he will surely know them, and in a way Obi-Wan Kenobi is very much inspired by the game of Respawn Entertainment.

Reva Sevander, the Third Sister, he is quite a brand new character. Played with great ferocity by the good Moses Ingram, Reva is a kind of Terminator: obsessed with Master Kenobi, like the other Inquisitors do nothing but remind us, she stops at nothing to find him. Her motives still remain a mystery after two episodes, but we have more than one suspect, and it’s clear she’ll be Obi-Wan’s main antagonist over the course of the miniseries.

We just wanted much better dialogue. So far, Reva is a monotonous character, without depth, who merely threats and rants. It is curious that she knows certain secrets and that she is the one to blurt them out, but it is hard to believe that she does not have some heart-wrenching story behind her that motivates her resentment towards the protagonist. Absurdly, the impostor played by Kumail Nanjiani, it turned out to be much more interesting just as a basic idea. We hope to see him again.

For the moment, in fact, Reva it stood out only in the ridiculous – and unfortunately we do not find another term to define it – pursuit in parkour at the end of the second episode: a strange montage, which alternates the shooting on the roofs, already in itself not particularly inspired, with clumsy and clumsy stunts, however, almost completely useless.

It is these slips that penalize Obi-Wan Kenobi’s debut, which otherwise looks like a miniseries with all the credentials to please Star Wars fans. The only perplexity, at this point, concerns the need to always return to the Skywalker Saga to tell the far distant galaxy of Lucas. Many criticize the upcoming miniseries, Andor, because they believe that there was no need, that it was not worth focusing on a character who appeared in only one film and died there. But Obi-Wan and Anakin have already faced each other twice in nine films: was there a need to put them back together again?

Promoted with reserve, this premiere of Obi-Wan Kenobi. The production values ​​are generally very high, as always in the Disney branded series, but there is something that does not work 100% in the writing and in particular with the dialogues and consistency with the canon. Ewan McGregor is extraordinary and takes on two more than good episodes on his shoulders, with a small but gritty help from the promising Vivien Lyra Blair, while you have to work better on the choreography and the characterization of her antagonists, and in particular of the Third Sister. The potential is there: will Disney + be forgiven for The Book of Boba Fett? 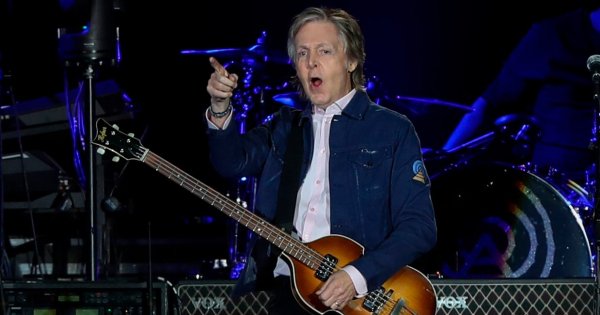 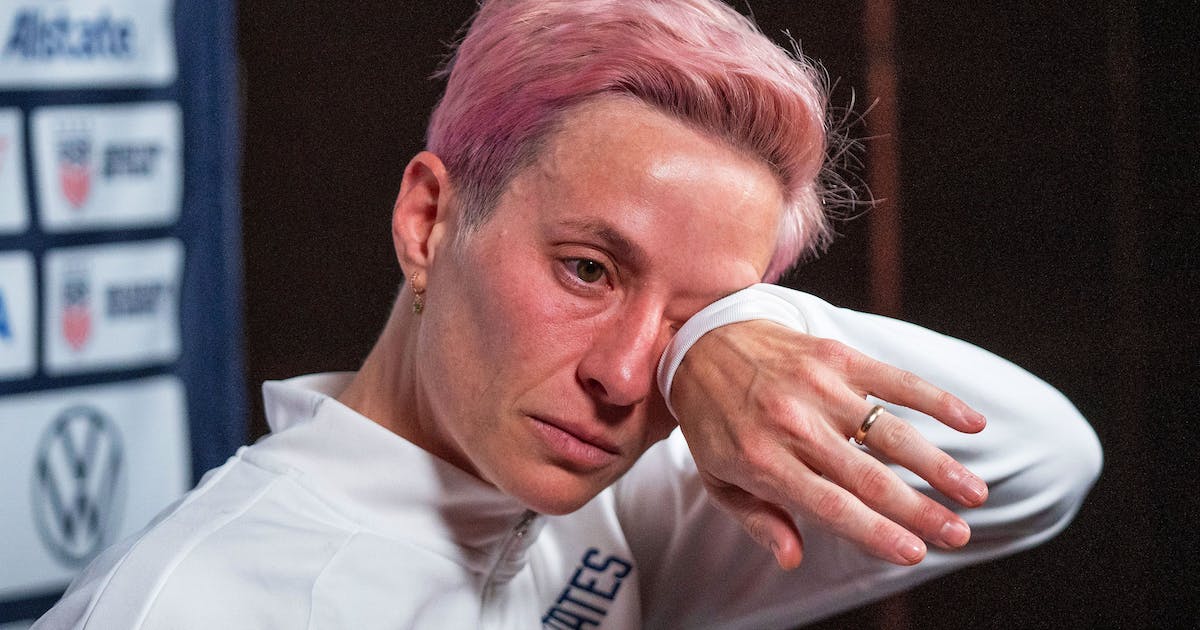 VIDEO: The teacher manages to scare away a bear that has disappeared in the school yard 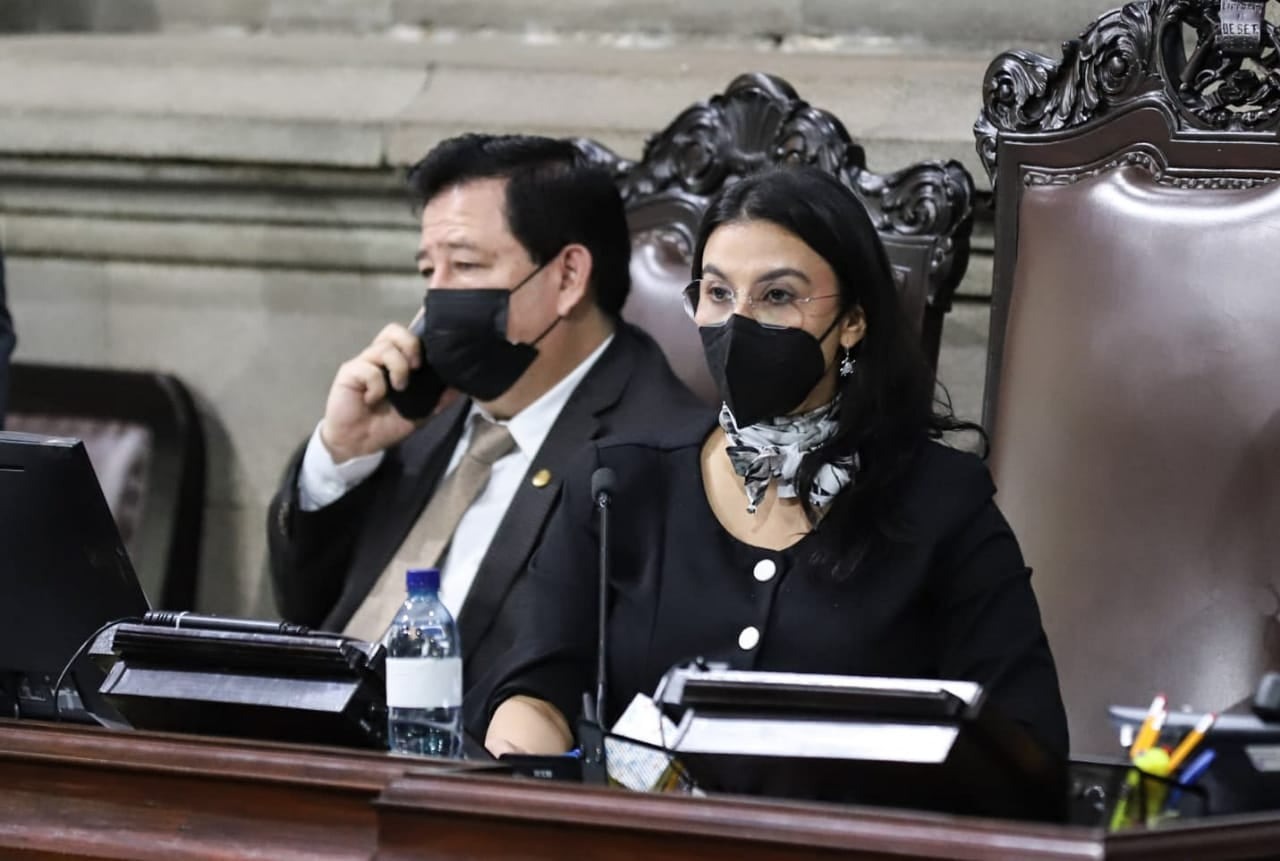