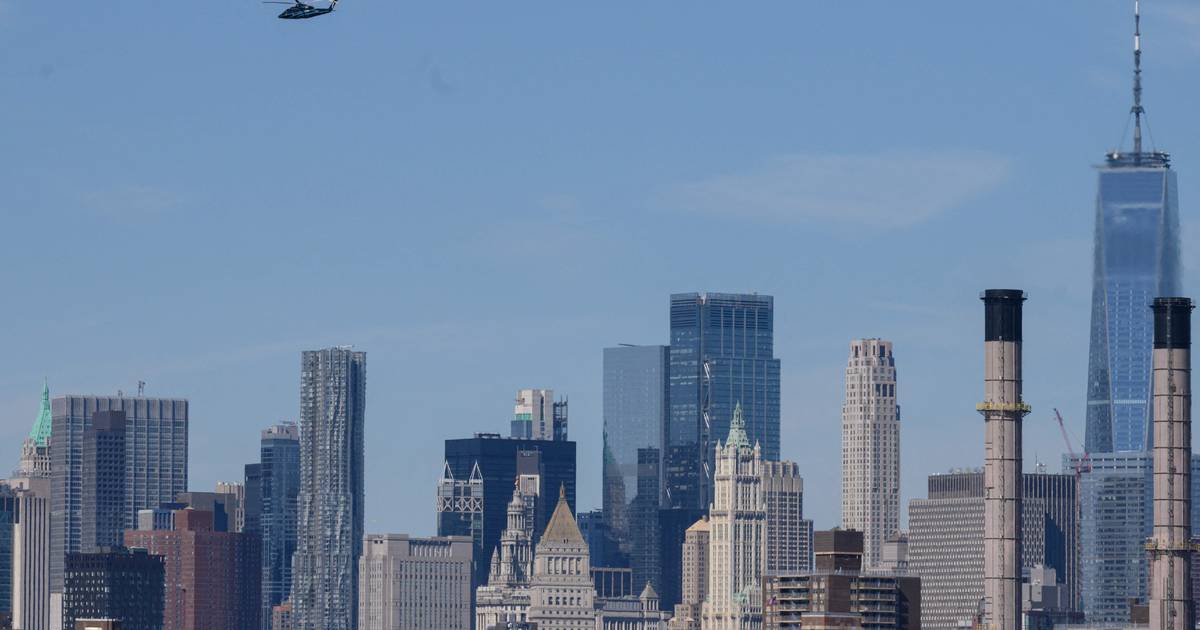 New York No traffic jams, no red lights and a fantastic view: Helicopters are becoming increasingly popular as a means of transport in New York. But the residents of the metropolis suffer.

“My apartment vibrates when I see the larger helicopters,” says Melissa Elstein. “They pollute our air and bother us with noise that is harmful to our health.” That’s why the 56-year-old is involved in the Stop the Chop initiative, which wants to ban commercial and private helicopter flights.

Tourists who can afford it tour New York by helicopter. The super rich can be flown to their beach villas by helicopter. “Just so that it goes a bit faster,” grumbles Elstein. She’s far from the only New Yorker annoyed by the noise of the tens of thousands of helicopter flights a year.

In 2021, the city’s hotline received 25,821 complaint calls – 10,359 more than in 2020. During the pandemic, the skies over New York had calmed down. Now there is hope that the noise will permanently decrease. Earlier this month, the New York City legislature passed a bill that would fine companies up to $10,000 a day if they produce “sustained excessive noise.” Governor Kathy Hochul has yet to sign the law. “Because of the incessant noise and vibration, many New Yorkers can no longer work from home in peace or enjoy a waterfront stroll,” said Senator Brad Hoylman, who introduced the bill.

It’s not just the noise from the helicopters that bothers him: a helicopter produces 43 times more carbon dioxide per hour than an average car. “Helicopter noise is not only annoying, but also harmful to our health and our environment,” the senator said in a statement. But Andy Rosenthal, President of Stop the Chop, the law doesn’t go far enough. “It’s a good first step. But it’s not what we were hoping for. The fight goes on,” he says.

New York City has three heliports: two in Midtown on the Hudson and East Rivers that are used for corporate and charter flights, and another near Wall Street in Lower Manhattan that serves tourist flights. A 15- to 20-minute scenic flight costs at least $200 per person.

In the face of growing resentment from New Yorkers, then-Mayor Bill de Blasio’s administration agreed with the providers to halve the number of tourist flights per year from 60,000 to 30,000 starting in 2017. In addition, tourist flights departing from New York City have been restricted to the airspace over the rivers surrounding Manhattan. However, sightseeing helicopters departing from New Jersey are still permitted to fly over buildings, including over Central Park, as are helicopters en route out of the city.

“These flights are just for the convenience of a few,” says activist Elstein. Other New Yorkers have resigned themselves to the noise. “It’s a background noise,” says Mark Roberge, who lives near the helipad on the southern tip of Manhattan. “It seems to be part of living in New York.”