National Nurses Strike. Nursing Up hard-nosed against FNOPI: “has the Federation forgotten that we are fighting in the same boat?”. – AssoCareNews.it

Nursing Up Nurses, De Palma: “regret and disappointment in learning that the FNOPI has forced the territorial orders to refrain from involvement in our demonstration on October 15 in Rome at the circus maximus”.

“It happened what we hoped would never happen. The “reports” arrived in recent days by the trade unions Cgil, Cisl and Uil, and directed to Ministry of Health and to Dr. Barbara Mangiacavalli, President of the Fnopi, National Federation of Nursing Professional Orders, highlighted, interpreting the reality of the facts in a diametrically opposite way, an alleged trade union activity, carried out by some Territorial Professional Orders not corresponding to current regulations. The reference is the adhesion to the national demonstration of next October 15 at the Circus Maximus in Rome that some Orders had announced, inviting members to participate.

We are speaking, to be precise, of an event open, from the outset, to all Italian nurses and their representative bodies ».

Thus begins Antonio De Palma, National President of Nursing Up, in communicating the “drastic decision” of FNOPI, following the letter received from Cgil, Cisl and Uil, to “impose” on the Territorial Orders an inexplicable veto of direct involvement in the historic Capitoline day that will lead at the Circus Maximus nurses from all over Italy. We learn with regret that here there is a great confusion between “freedom of expression of thought” and “trade union representation”, continues De Palma, however, it is certainly not the first time that professional associations participate or promote public initiatives or events.

We ask ourselves, thinking about the behavior held by Fnopi, if we really represent, albeit through different paths and methods, we as a trade union, they as a subsidiary body of the State, the same professional bodies, that is those of the Italian nurses.

The Fnopi seems to have forgotten that the claims that will take us to the streets on October 15 are the same that it has been invoking for some time for the category, yet no one has ever thought to argue that this activity can be assimilated in some way to trade union representation prohibited to orders.

It is quite clear and evident that the law does not allow the Orders to carry out “trade union representation” activities, and in fact no one would ever ask them to sit at a contractual table to conduct negotiations. But this event has nothing to do with all this, because we are talking about a democratic and direct tool of democracy, a constitutionally protected meeting, wanted to celebrate the triumph of the free expression of thought regardless of institutional roles and competences.

It was wonderful to learn that numerous nursing groups and associations, albeit so different from each other, from the AADI al Coina, Nurses in change, to the ADI Famiglie Italiane, which represents home patients, have supported from the first moment, without any forcing, our struggle.

We firmly believed that in the face of this issue – especially in such a delicate moment for our country and in which the sacrifice of nurses is known – we must all fight, creating broad coalitions.

Supporting an event realized for the benefit and participation of those who represent the same human matter that expresses the being and working of the Orders, in our case, that is, nurses, does not in any way mean carrying out “union representation roles”.

Whoever carries out trade union representation activities is the President of Nursing Up when he signs a protocol after conducting a negotiation, but it certainly cannot be said that the President of an Order that, by hypothesis, participates in a conference, carries out trade union representation activities. public in which one or more realities propose topics close to the heart of nurses or when the same promotes the participation of members in democratic moments of impulse and support for professional development, as is the case of the public event on October 15.

As we see it, we should collaborate respecting the distinction between roles. All in the common interest of nurses.

In short, our demonstration cannot be dismissed as a trade union representation activity, because it is in fact and in substance a crucial collective moment, to raise awareness of public opinion and the Government in favor of the nursing professions, their role and need for social enhancement, and where the orders should be free to participate fully, exercising that protected Constitutional right, of free expression of thought in support of a humiliated and poorly recognized professional category.

In the end, if the simple fact of participating or supporting a demonstration “meant carrying out trade union representation activities”, then in Italy we would have more trade unionists than citizens.

After all that is happening, we call with even more force the participation of colleagues and colleagues, collective realities and individual citizens, in the demonstration on October 15, which moreover announces itself from now on very well attended despite the positions taken by FNOPI, in the awareness of having by now hints and sufficient evidence, yes, for an even more in-depth reflection both on the condition of our profession, both on its organization and on the way in which it is currently represented.

“We must fight and not be afraid to change what doesn’t work” – he concludes Palm embittered.

Tired and disappointed nurses on the march to Rome. AssoCareNews.it at the forefront to support them.

Tensions are growing in Belarus, but Karin has to decide what to do with the World Hockey Championship 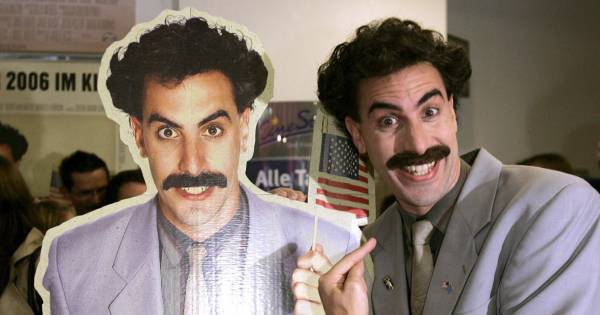 First There Was Anger And Disgust, Now Kazakhstan Embraces ‘Borat’ Success To Capitalize On It | Movie