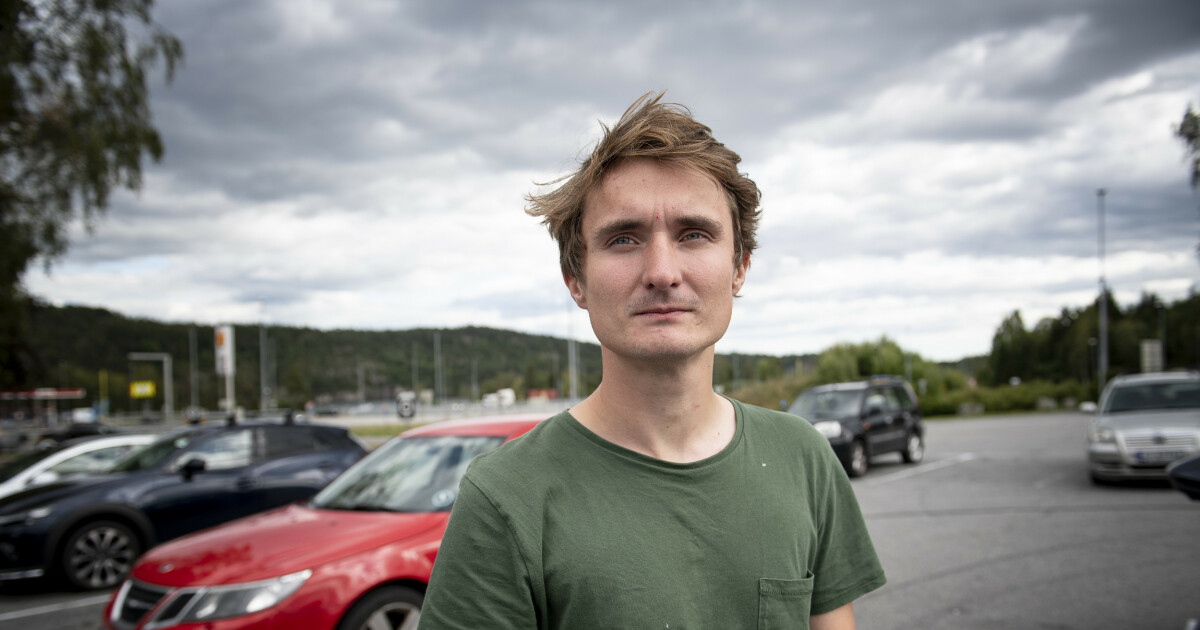 – The reason why I want to be arrested is climate anxiety. I no longer feel I have a choice. The climate fight in politics is going too slowly.

Trygve Tømmerås (24) tells Dagbladet. He is the second parliamentary candidate for MDG (Miljøpartiet De Grønne) in Telemark. He participated in a roadblock in central Oslo on Friday, where he agreed to be arrested by the police for civil disobedience.

Tømmerås has kept the plans hidden from public authorities and anyone who can reveal the plans. If the action is revealed in advance, it can ruin everything for the activists.

But Dagbladet has been involved in the preparations for the climate actions that have almost turned Oslo upside down in the last week. The 24-year-old, who could end up in the country’s supreme legislative assembly, is now ready to break the law and be punished for it.

The goal is to create the largest civil disobedience campaign since the Alta uprising 40 years ago, the 24-year-old says.

– It is to shed light on a very important issue. The thing is that we have found enough oil to pump up to 2080 and I think it is a waste to look for more oil now. Therefore, we need to find other renewable sources.

Dagbladet met Tømmerås outside Kragerø upper secondary school on the Wednesday before the action.

– Is it not double standards that you drive around in a polluting car, while you take action to save the climate?

– It is double standards to build motorways, when we need trains. It is doubly moral that it is cheaper to drive a car than to choose public transport. In the village we need charging station and district-friendly commuter deduction.

At Kragerø upper secondary school, Tømmerås participated in a school debate with other youth politicians. He talks about a hectic week, an election campaign in two to three schools every day for MDG and a demonstration on Friday.

Tømmerås lives in Bø and is a master’s student in nature management at Høyskolen in the village. He lives in a collective on a farm with 15 others, including his girlfriend who is a nurse.

His family is from Sarpsborg. The mother and sister still live there.

He also works as a bridge guide in the summer. Among other things, it has created environmental commitment, as he has seen that the glaciers are getting smaller and smaller.

Immediately after the election, he will be on an exchange to Guatalamala for fieldwork for his studies.

It is through the climate initiative Extinction Rebellion (XR) that he will act on Friday. The group has roots from the academic environment in London and was founded in 2018. They themselves write that they are a «decentralized, international and apolitical movement that uses non-violent direct action and civil disobedience to convince authorities to react (… ) on the climate crisis and the ecological crisis. “

This is the first time Tømmerås has taken part in an action.

– Yes, I am first and foremost nervous that other counter-protesters will appear, who are not trained in peaceful action, so there will be uncontrolled chaos. In addition, there will be a party there, so if there are many who come up with it, the rumor spreads quickly, then it can be dangerous. That’s a big concern I have.

– Are you afraid of being thrown in solitary confinement?

– I’m not afraid of that. I think it will shed light on the climate issue, he says.

But Tømmerås admits that his mother is quite nervous that he will act.

Know little about the plans

Tømmerås says that he does not know how many people will come to the action, where it will be or what they will do yet. But he knows that there is a busy road in the center of Oslo.

– There are quite a few “need to know”, as they call it. You sign up, and then someone else plans the action, so you get to know right before about the plan. There are quite a few who are paranoid that the information should leak before an action, partly because of the police, who can stop the action before it begins and that other counter-protesters should show up and make noise.

When Tømmerås signed up, he was asked to download the encrypted app “Wire”, to talk about how the action would be.

– It’s a little strange. You do not get to know information until you download the app, he says.

Tømmerås expects to be fined and may have to spend the night in custody.

Do you have to pay the fine yourself?

– I am responsible for the fine and I have saved up, so I can pay myself. But often there is a crown roll inside XR, so you splice on the fines of those who are arrested.

There are often members outside the police station after you come out. They give you a “pep talk” and clap for you, says the MDG politician.

On Tuesday, NTB wrote that the police had issued 33 fines to activists from Extinction Rebellion in connection with the actions in Oslo.

Each of the fines is NOK 13,000. A total of 429,000 kroner in fines has thus been issued to shareholders from Extinction Rebellion after the actions in Oslo on Monday and Tuesday.

Christian Hansson, spokesman for the group, told NTB that they have collected money via social media to cover part of the fines.

In May, Tømmerås received a course through XR that trains you in non-violent civil disobedience. Among other things, they learn de-escalation, says Sarping.

There is always someone on the actions who is extra trained in it. If someone comes along who is really annoyed, then there is someone who is responsible for calming down the situation, he says.

He himself has reported as “arrestable”, as the activists within the group that can be taken by the police.

– What we do is sit down and if the police want to arrest us, they do it without us resisting, but we do not move.

– Is it a failed demonstration if no one is arrested?

– Yes, we want to get as much attention as possible, and arrests can also contribute to that.

– How far are you willing to go to get arrested?

– If violence or vandalism is involved, I will leave the place. I believe that civil disobedience is within my freedom of expression and that it is a necessary tool to advance the cause. I think it is important for everyone that they are allowed to demonstrate for their cause, he says.

Candidate for the Storting

Six parliamentary representatives will be elected for the Telemark constituency in September. One of them may be from the MDGs. As a second candidate, Tømmerås could potentially end up as a deputy member, and at some point sit in the Storting.

– If you get a seat in the Storting, will you continue with civil disobedience?

– Yes, I think demonstrations are important to raise the issue in society, in addition to other rostrums and arenas. I will never oppose civil disobedience. It is a necessary addition to a democracy.

– Do you think that everyone should have the right to break the law to advance a case?

– I think it is perfectly fine that Fabian Stang can chain himself to stop the development of cycle paths in Oslo. It is within freedom of speech.

– Do you think your party is too little radical?

– No, because I think MDG will fight the climate fight in the Storting.

– Do you think that your participation can harm the party in the election campaign?

– Are you not afraid that the MDGs are seen as “happy climate activists”?

– I do not believe. I think people see demonstration as part of freedom of speech.

Future as a politician

Sarpingen envisages working full-time as a politician later, but he would like to have work experience first.

– We have far too many «professional politicians». There are far too many people who have been in their own party all their lives and never in working life. I envision in ten years I’m ready to be a politician.

Tømmerås’ mother, Ane Sofie Tømmerås, was also politically active and a Storting politician for the Labor Party. He was on his first action with her when he was eight years old.

BBB wipes the floor with CDA celebrity after criticism of Keijzer: ‘This shows why a new governance culture is needed’ 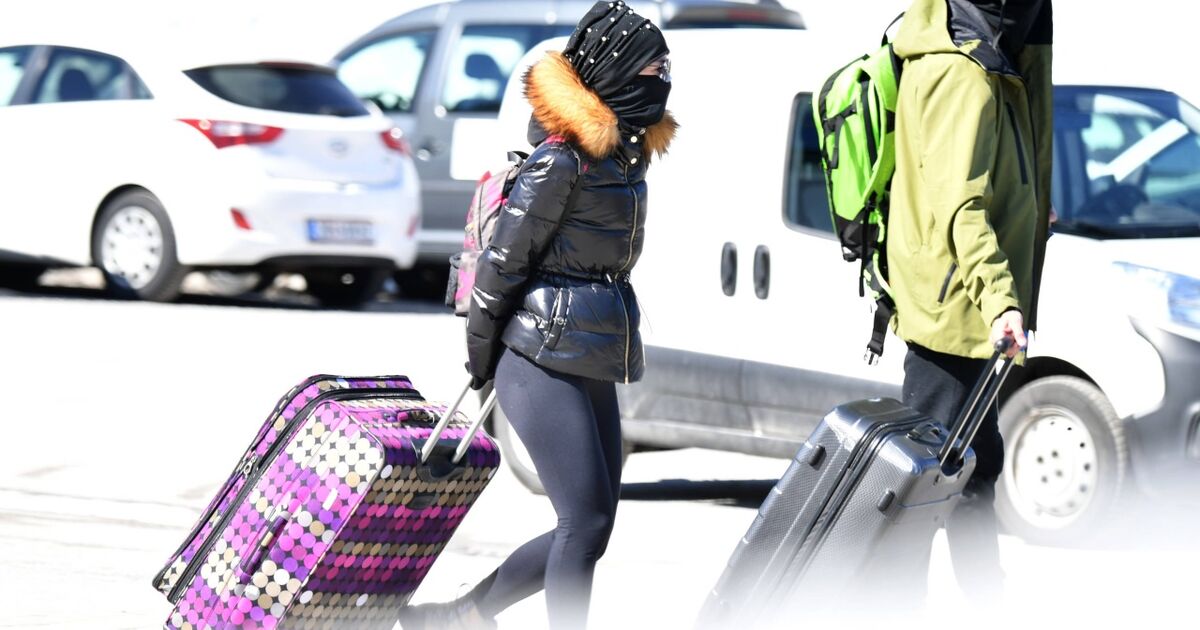