Massacre in Pakistan: At least 7 children are killed in attack on Koran school, 70 injured | Abroad 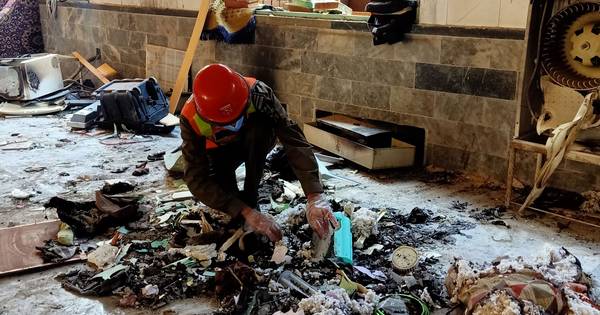 According to Pakistani police sources, the Koran school bombing took place while children were being taught. The bomb was hidden in a plastic bag, police said.

A local hospital employee reports that at least seven children died and seventy others were injured. Many of the children between the ages of 8 and 15 who were injured would be in critical condition.

Blood was also spilled in neighboring Afghanistan. According to a spokesman for the Afghan Ministry of the Interior, a special police unit was the target of an attack in Khost.

Despite a peace dialogue between the Afghan government and the Taliban, violence in the country continues unabated. In a suicide attack by terrorist group Islamic State (IS) in the capital Kabul last Sunday, 24 students were killed and nearly 60 children were injured.

Corona Today: Approval of the use of the Pfizer vaccine … and the African countries