María Félix … never asked permission to be her

Maria Felix was born and died a April 8. In 1914 and 2002. The first, in Álamos, Sonora, and the second, serene in her silver bed … like the one she had seen in a Venice palace … escorted by the statues of six cherubs and here, in the garland on the headboard had carved: “Mary of the Angels”. It was made in the 1950s by a humble goldsmith from Santa Maria La Ribera… Anselmo Moreno, who was the same one who made the trophies of the Arieles. Like who was fine, he just went to sleep. And not to wake up. And to further magnify that myth that it already was … and which was left over even to death.

Beginnings. The family moved to Guadalajara… There childhood and adolescence. At 17, she married a cosmetics sales agent, to escape the machismo from his father and take refuge in the husband’s machismo, with whom he procreated his only son in 1934: Enrique Alvarez Felix. The divorce came in 1938. With her child, she settled in a nursing home in the Mexico City and finds work as a receptionist in a plastic surgeon’s office. 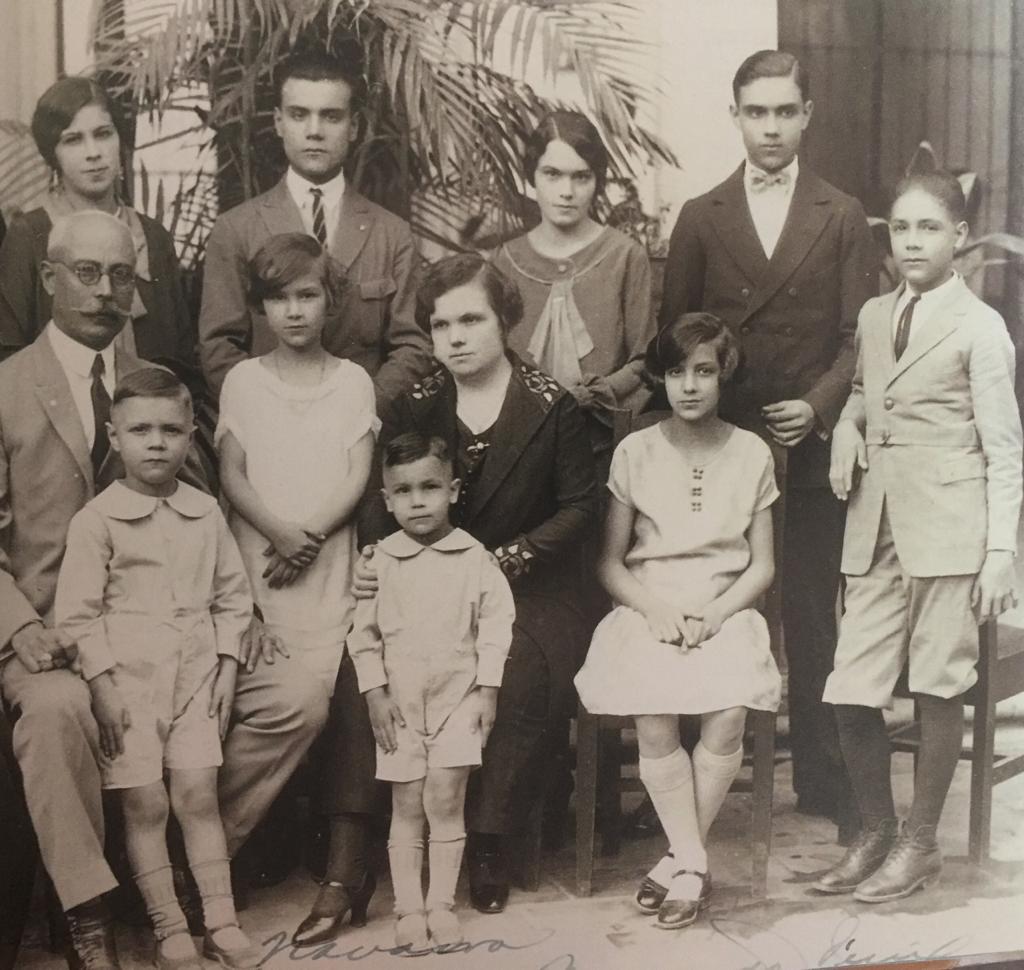 With her parents and siblings … her, sitting on the right. 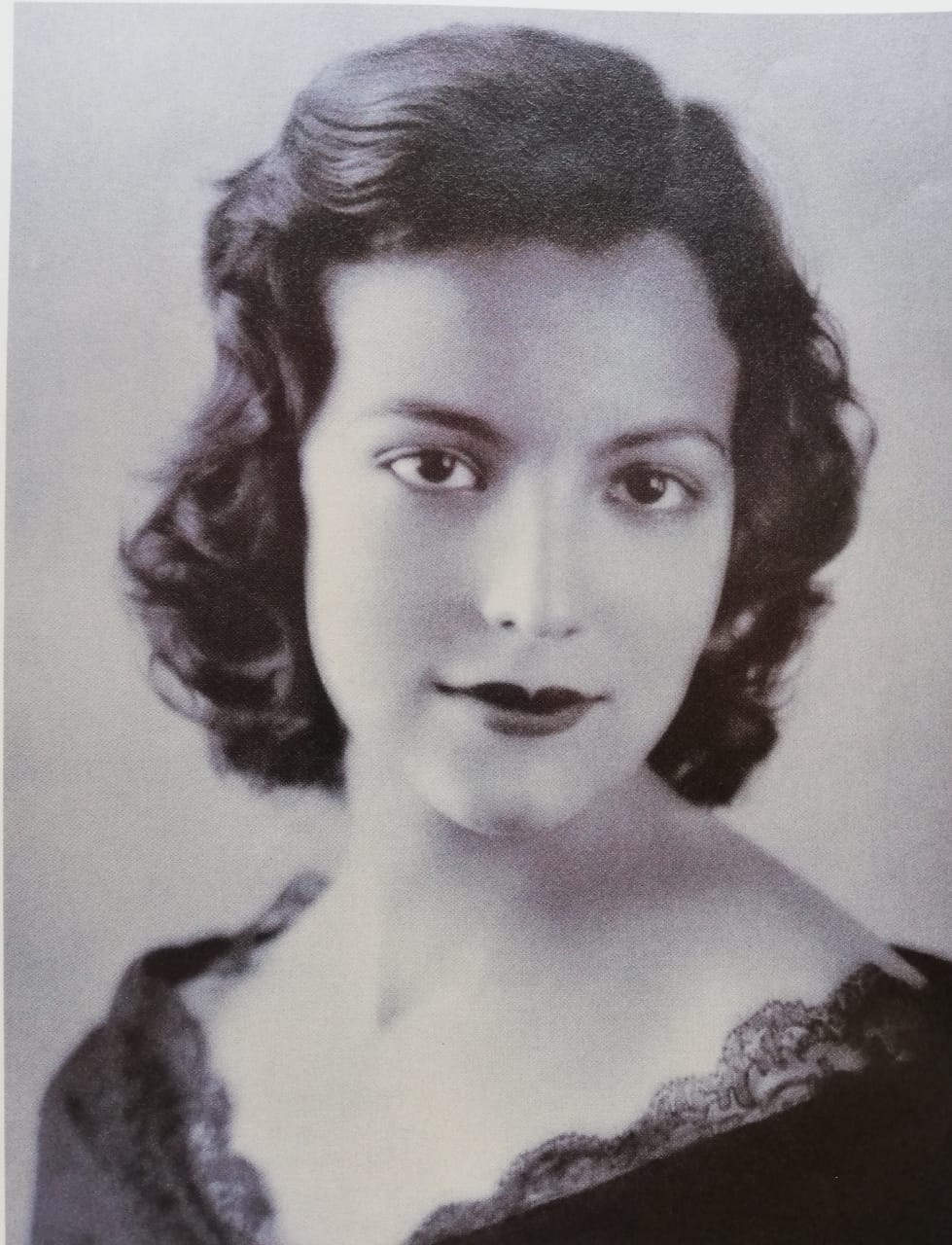 The teenager who knew how to run away. 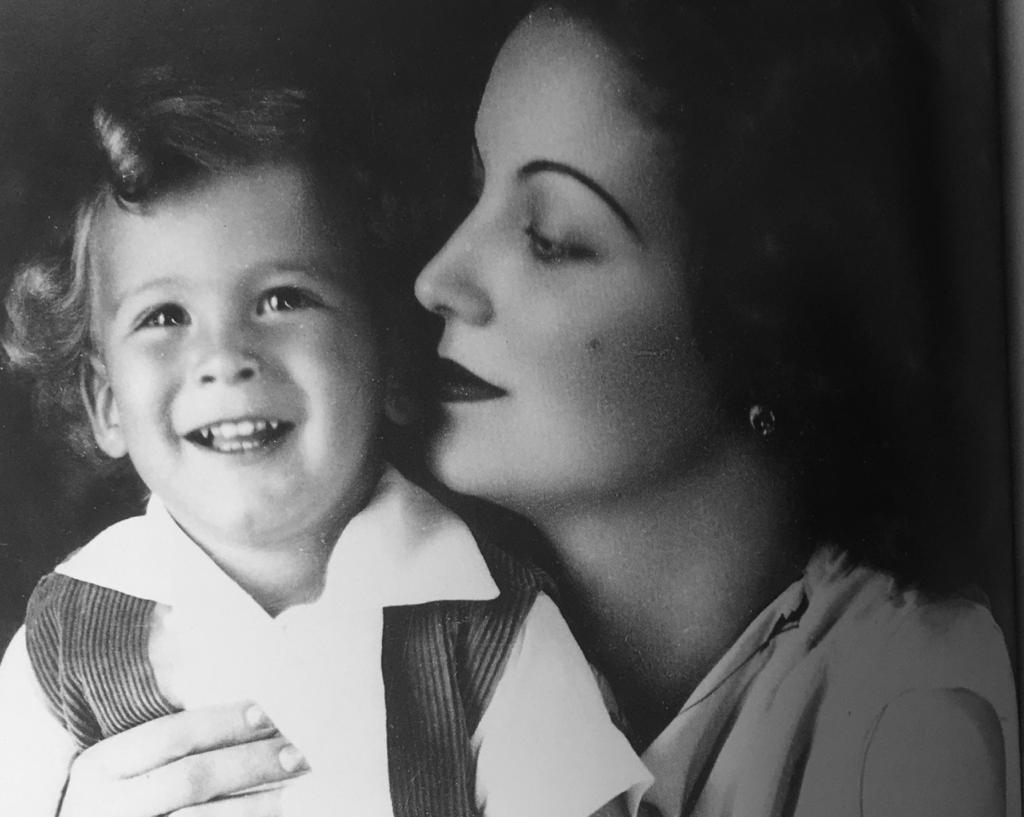 The rest of the story is more or less known. One day, the receptionist is standing outside a sideboard on Palma Street looking at something that could not be bought, when a person named Fernando Palacios stuck in the film industry, he says “you would have to work in the cinema.”

He prepares it, sends it to classes and promotes it among producers. In 1942 the director Miguel Zacarias gives you the stellar opportunity on the tape The rock of souls… marketing geniuses want to give you a stage name so people can learn it, and they offer you two options: Diana del Mar O Marcia Maris. We know the result and the mother’s talk still reverberates. The film starred Jorge Negrete. They clash, they insult each other, they are offended, they hate each other. Nine years and several turns of life later, they end up married.

Maria Felix filmed 47 movies. In addition to those made in Mexico, seven in Spain, four in France (in French), two in Italy (in Italian) and one in Argentina. Just at the start, in 1943, the third tape is Miss Barbara -which will give him the nickname for the rest of his life The Doña-; directs it Fernando de Fuentes and with him he will also do The woman without a soul and The devourer. Three films that are the foundation where the image of the character was built Maria Felix… Haughty, arrogant, ruthless, irresistible. Fulminant. 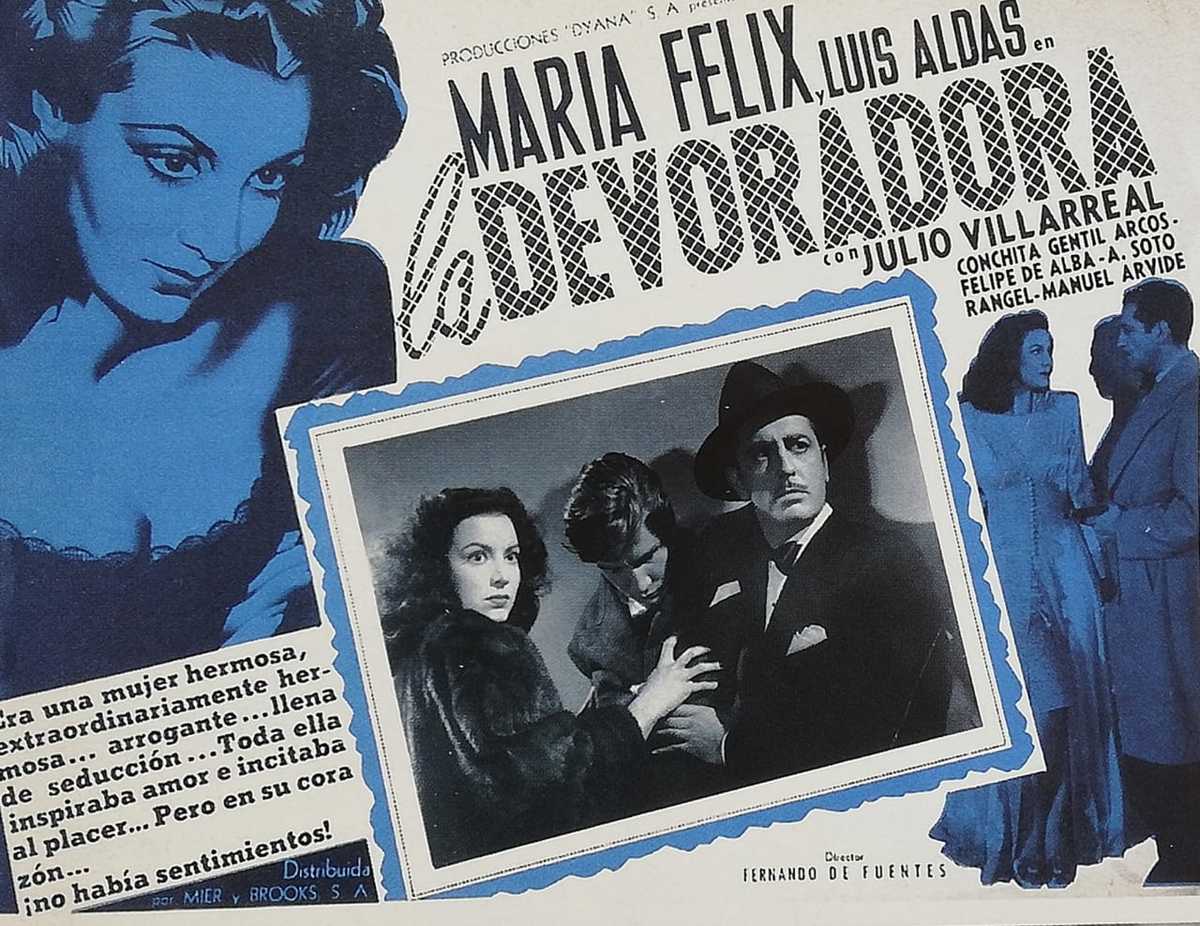 After several years of living together, Mary had married with Agustin Lara in 1945. He personally helps her rescue his son Enrique, kidnapped long ago by dad in Guadalajara. In addition to Maria pretty In the midst of the stormy relationship, he composes other much more important themes … Smoke in your eyes and When you come back. Everything just ended in the house they lived in Calle de Aristóteles 127 in the luxurious neighborhood of Polanco, when one morning, in a fit of jealousy, the musician poet He takes out a pistol and throws an accurate plumb at him … that hit where he had to hit. To one side. They divorced in 1947. 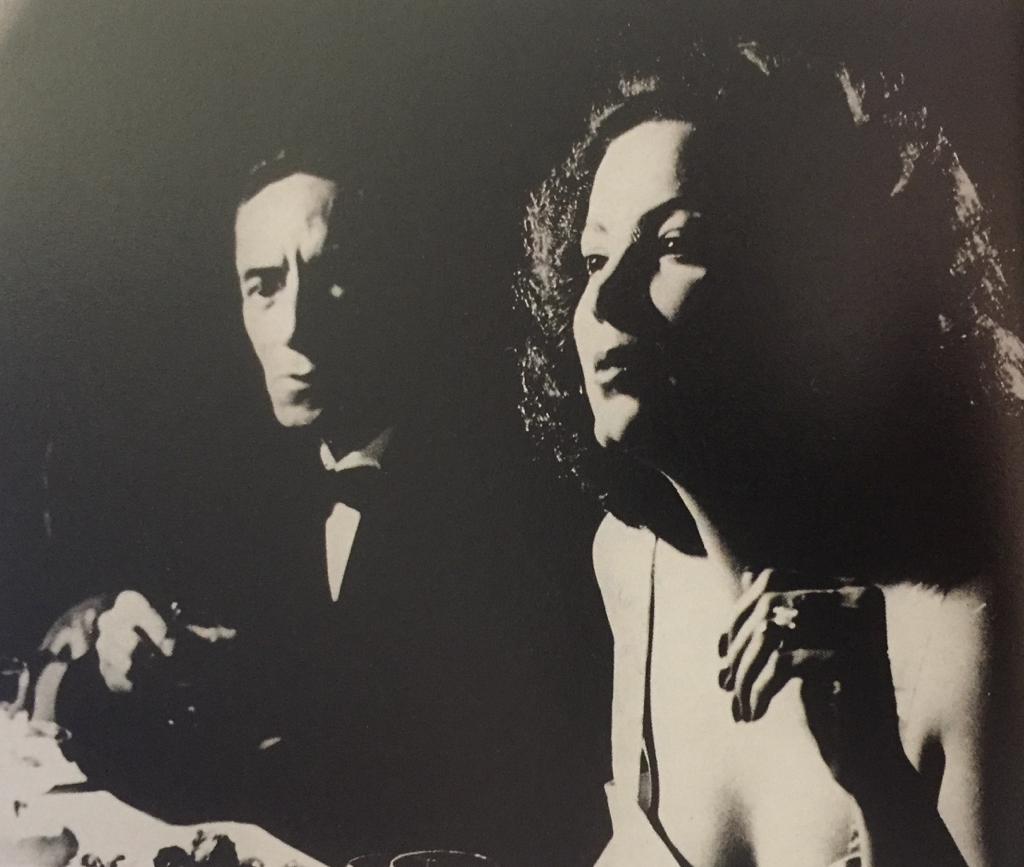 With Agustín Lara in 1947, shortly before the shooting.

In those times he works with Emilio, The Indian, Fernandez, the photographer Gabriel Figueroa and the actor Pedro Armendariz… make In love. You have to see it again, just like Hidden River (… Felix fights -1947- and he is paid what no figure in Latin America has ever received). And you have to see it in Colon coffee, with Armendariz; in The empty star, with Lopez Tarso; in The kneeling goddess, with Arturo de Córdova… and the movies he made under the orders of Roberto Gavaldón, in Ash Wednesday, also with Arturo de Córdova, and The hidden one, with Pedro Armendariz. Directed by Luis Bunuel, it is remarkable what he achieves in the film made in France: The ambitious, with Gerard Philipe, a cult figure for the French.

In 1965, he made with Eulalio Gonzalez Piporro his penultimate tape … The Valentina and in 1970 formally closed the changarro with The general, directed by Juan Ibáñez. He lives the last 32 years of his life, of his endless glory. 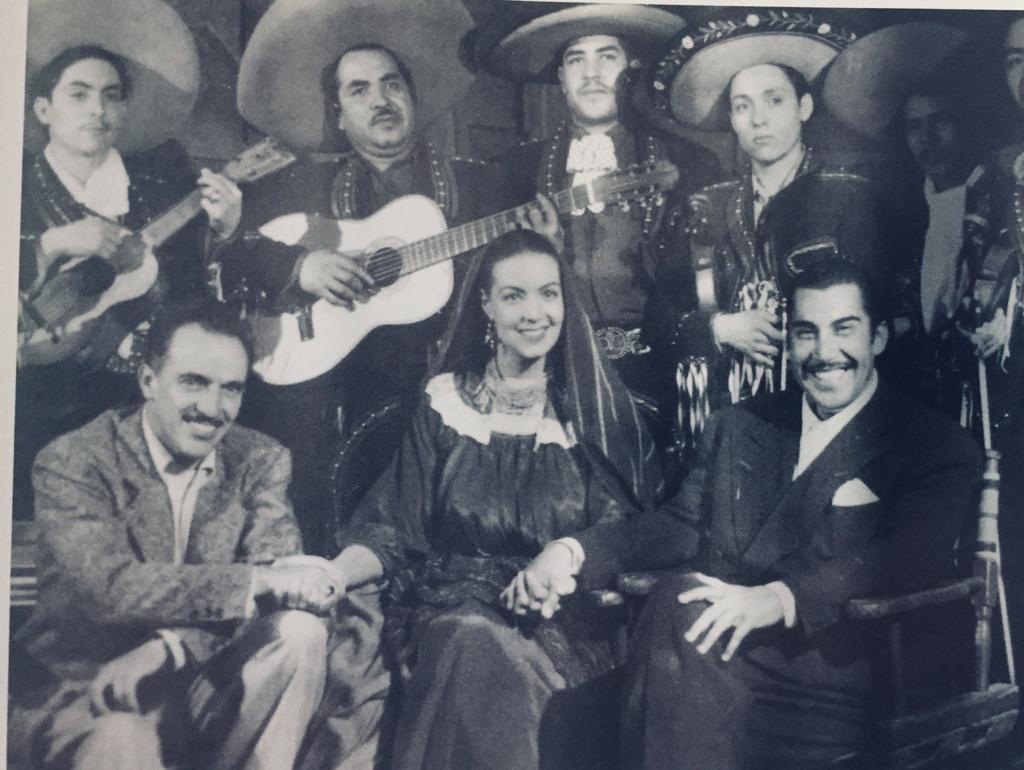 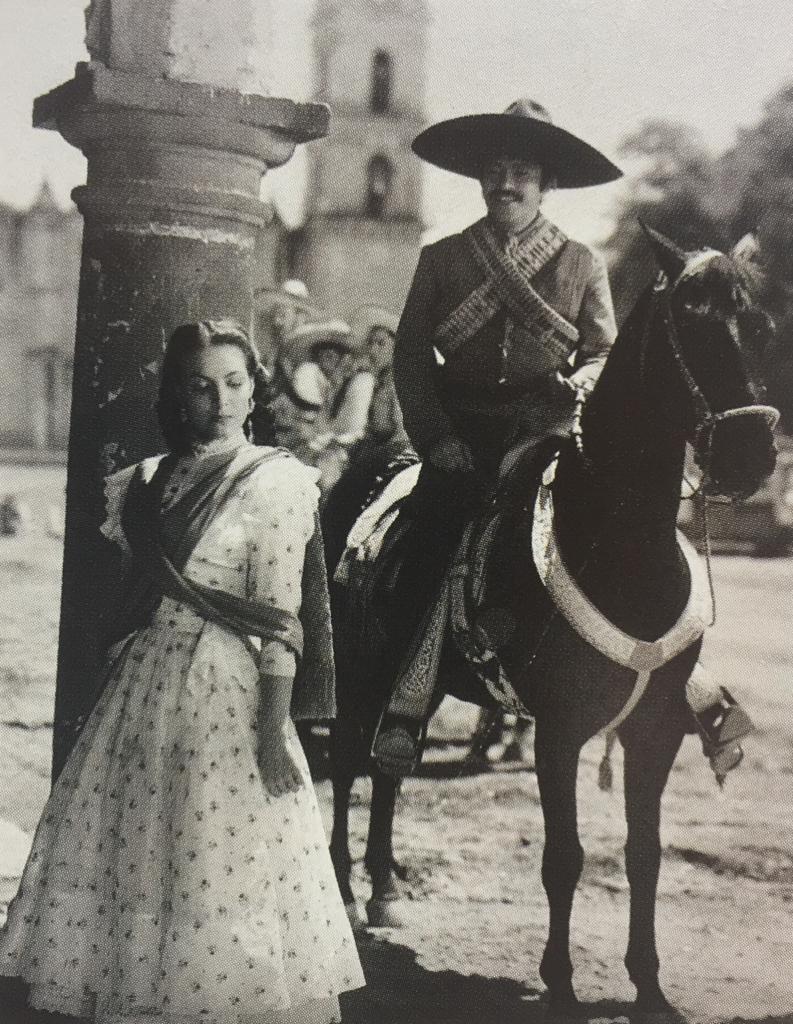 Pedro Armendariz, his imposing companion from so many films. ‘Tizoc’ was released shortly after Pedro Infante died in that plane crash in 1957. 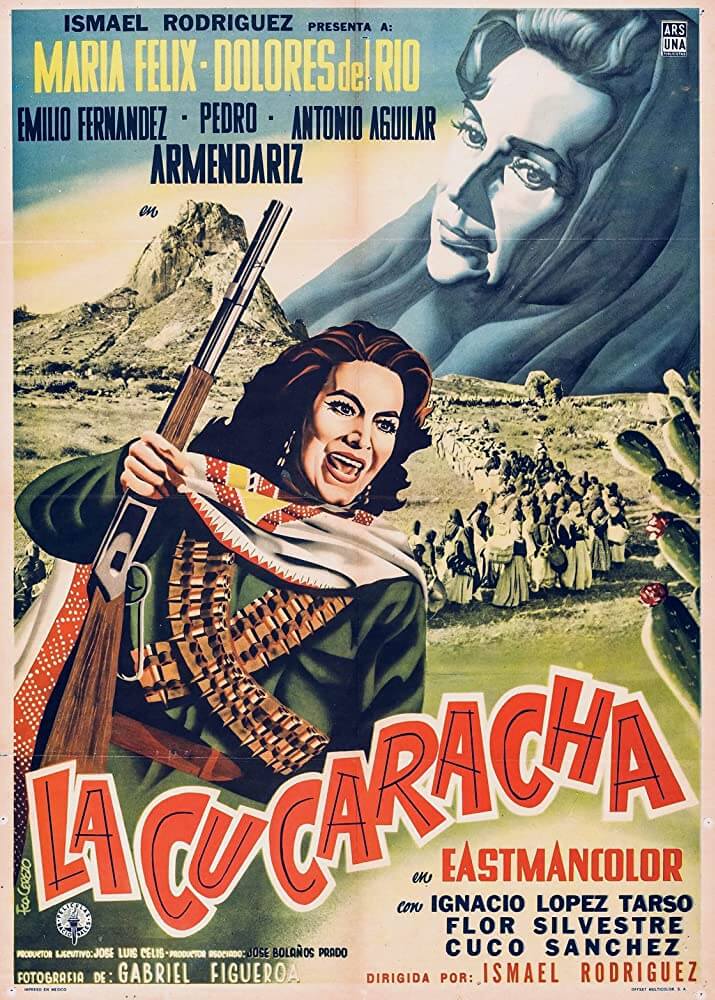 Elencazo! In ‘La cucaracha’ it was the only time he alternated with Dolores del Río.

By 1952 he had married Jorge Negrete. They live a good marriage. And it cannot be otherwise. Just 14 months later, The Charro Cantor he died surprisingly on December 5, 1953 in a hospital in Los Angeles, due to complications derived from hepatitis C contracted in his youth. 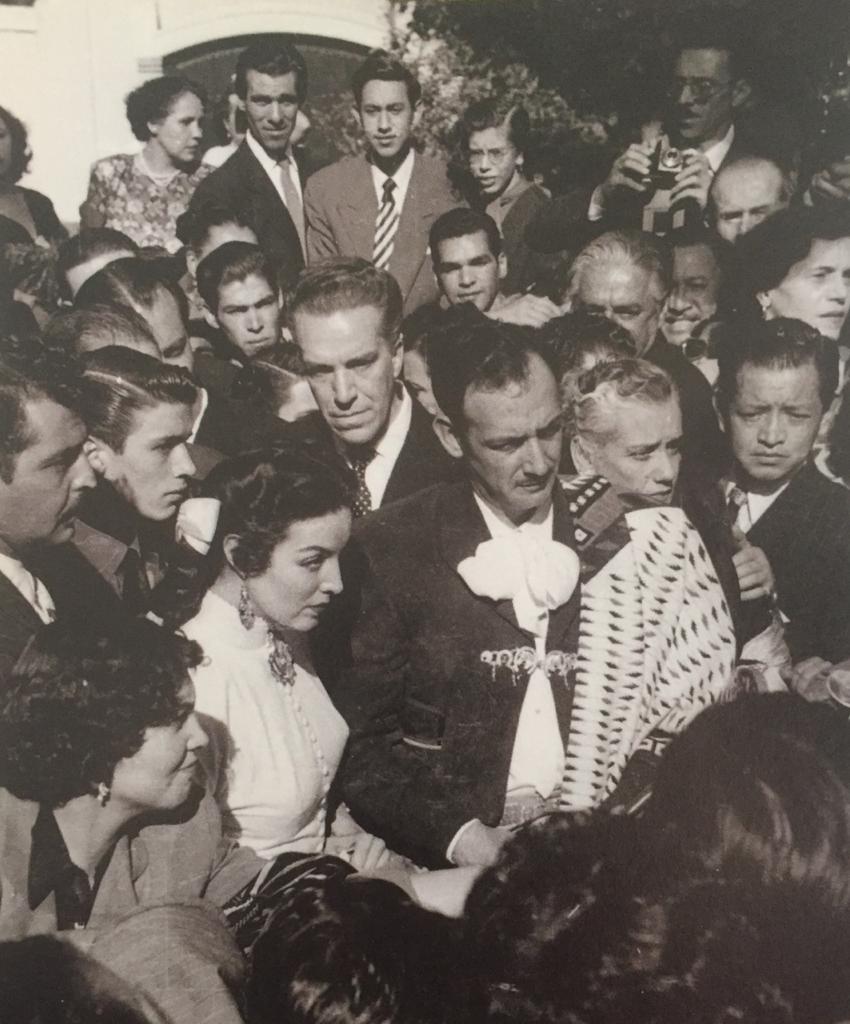 Video of the wedding with El Charro cantor.

With the millionaire French banker and contractor Alex Berger (central figure in the construction of Metro in the Federal District), the Felix find stability. The marriage lasted from 1956 to 1974, when he died of cancer. Department in Paris, Rolls Royce, artwork, jewelry, bullfights, million dollar horse stables, time for friends and time to read. Voraciously. The Doña always read. In his youth the same to Dostoevsky and almost all the work of Kafka… constantly quoted The process O Metamorphosis. Her culture was like her … overwhelming. 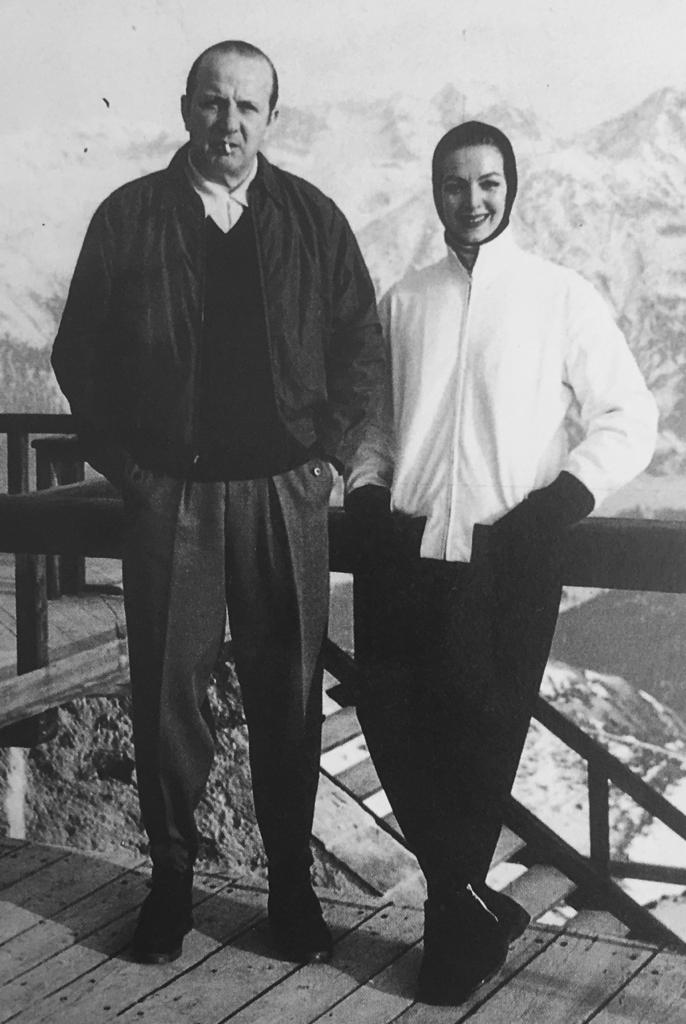 She was married to Alex Berger for 18 years. 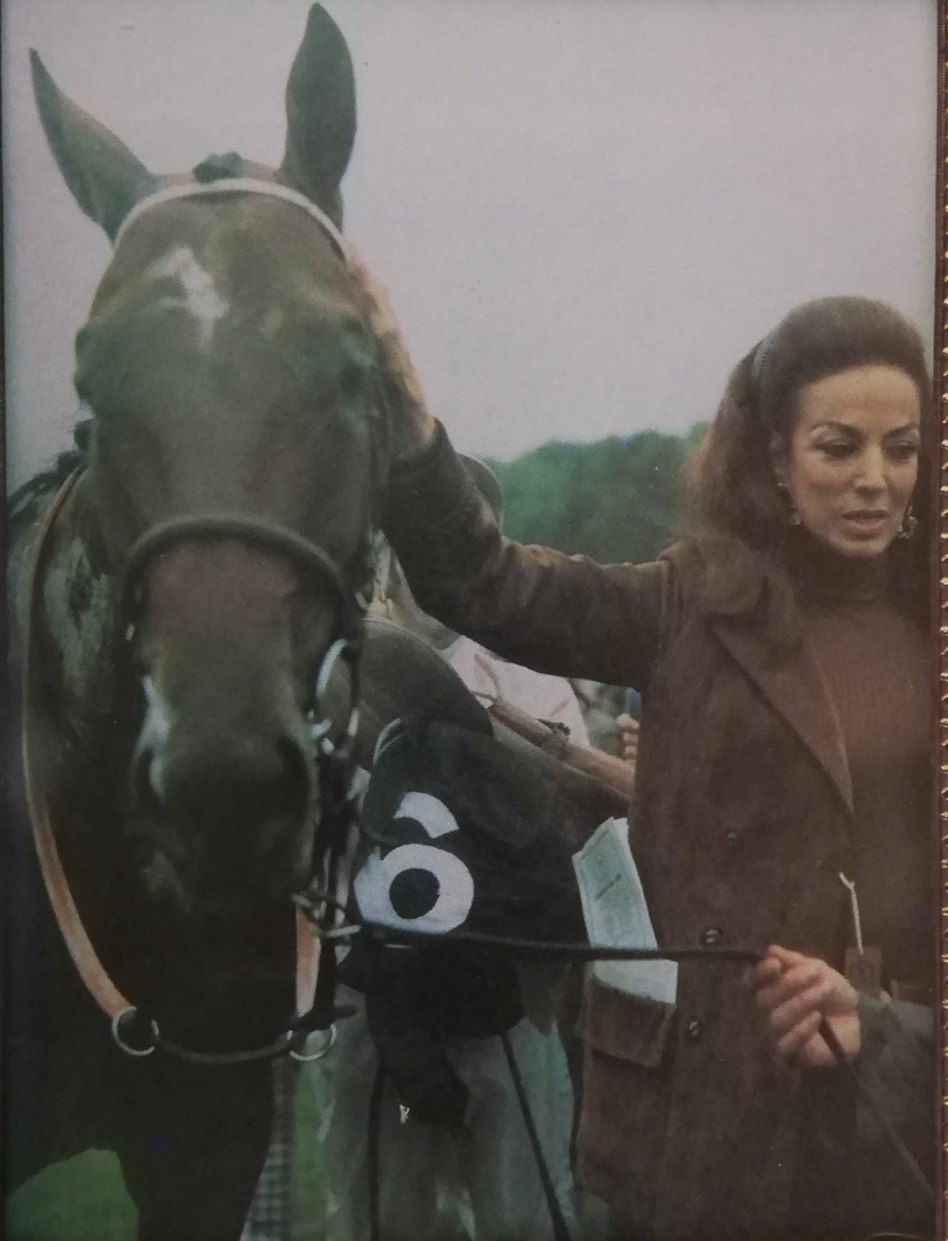 His stable of horses had copies priced in millions of dollars. 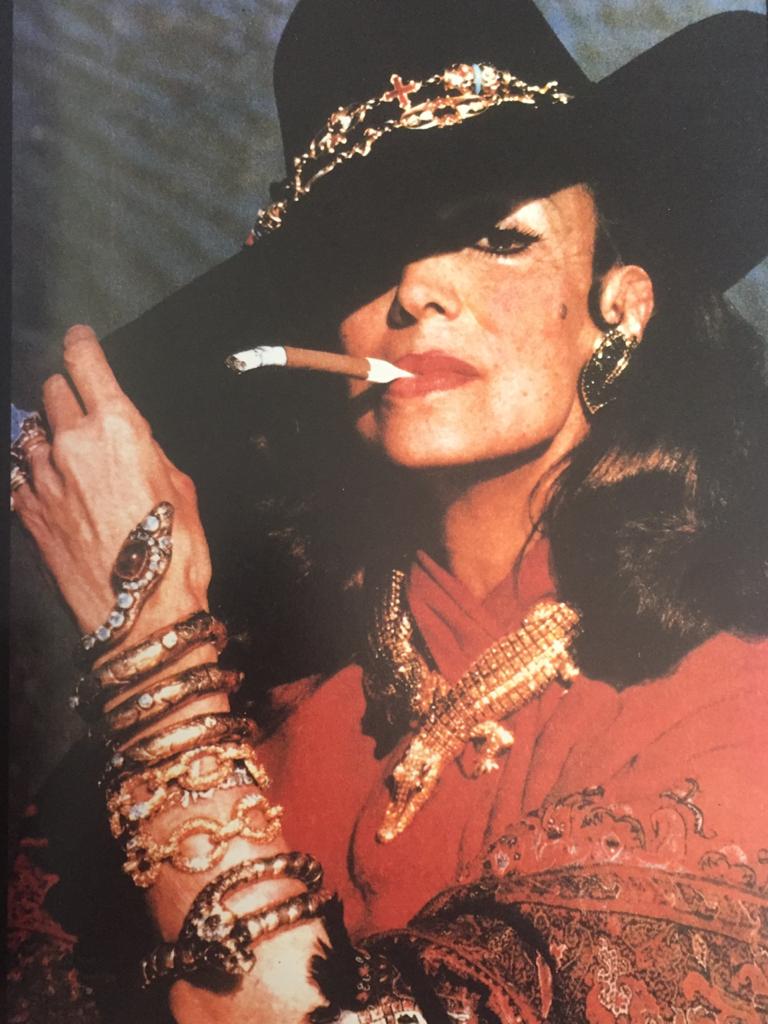 The famous crocodile necklace and snake bracelet that Cartier designed for her.

With death he had a strange relationship. Very young, with the murder presented as the suicide of her very close brother Pablo. Already at the top, in 1949, his secretary Rebeca Uribe appears dead -with a syringe by the side and a dose of cocaine-, at the motel Tony’s Court, which witnesses see her enter with “a tall woman wearing a fur coat.” They end up discovering that she is the daughter of a general, but at first the tabloid press presents as the perpetrator of the crime Mary… who, contrary to what they advise, shows up at the funeral. Where she signs, she responds to the carrion: “I didn’t know she was a lesbian, I didn’t know she was a drug addict … but she wasn’t just my secretary. She was my friend.” Anyway, something was left of the slander. 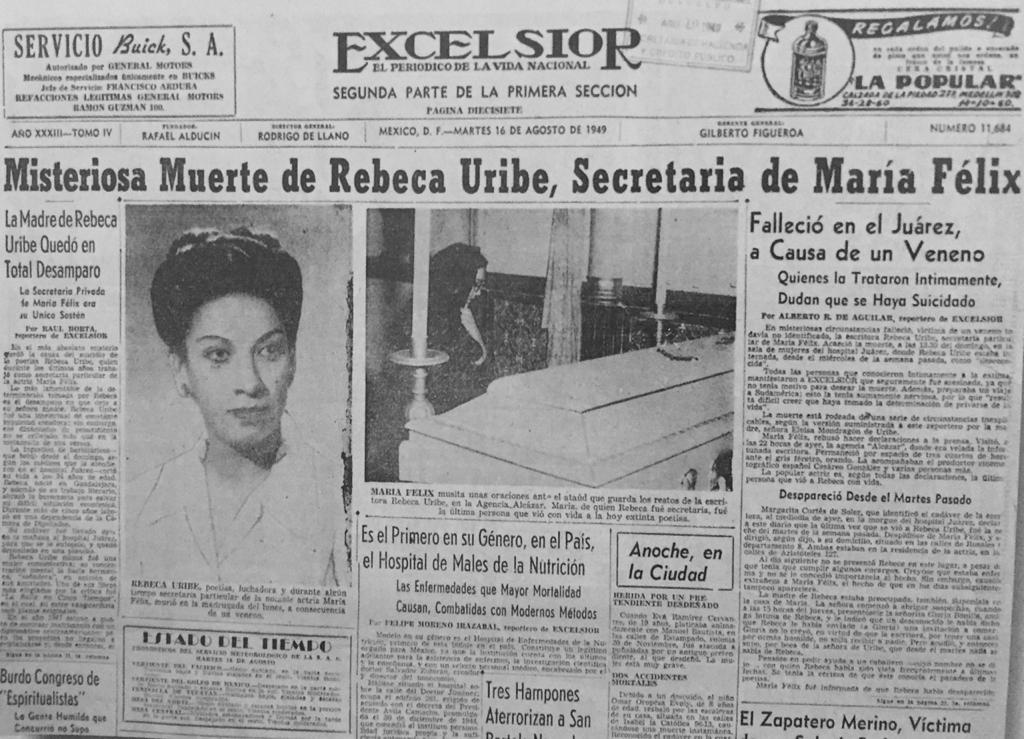 Always whole. It never broke. Not a fissure … ever. Except when in 1996 his son Enrique died. They loved each other deeply. She was very strict… tough. But she always fought for him like a lone lioness. The 62-year-old actor suffered a heart attack and she traveled from Paris for the funeral. For the only time, it had reason to break. All. 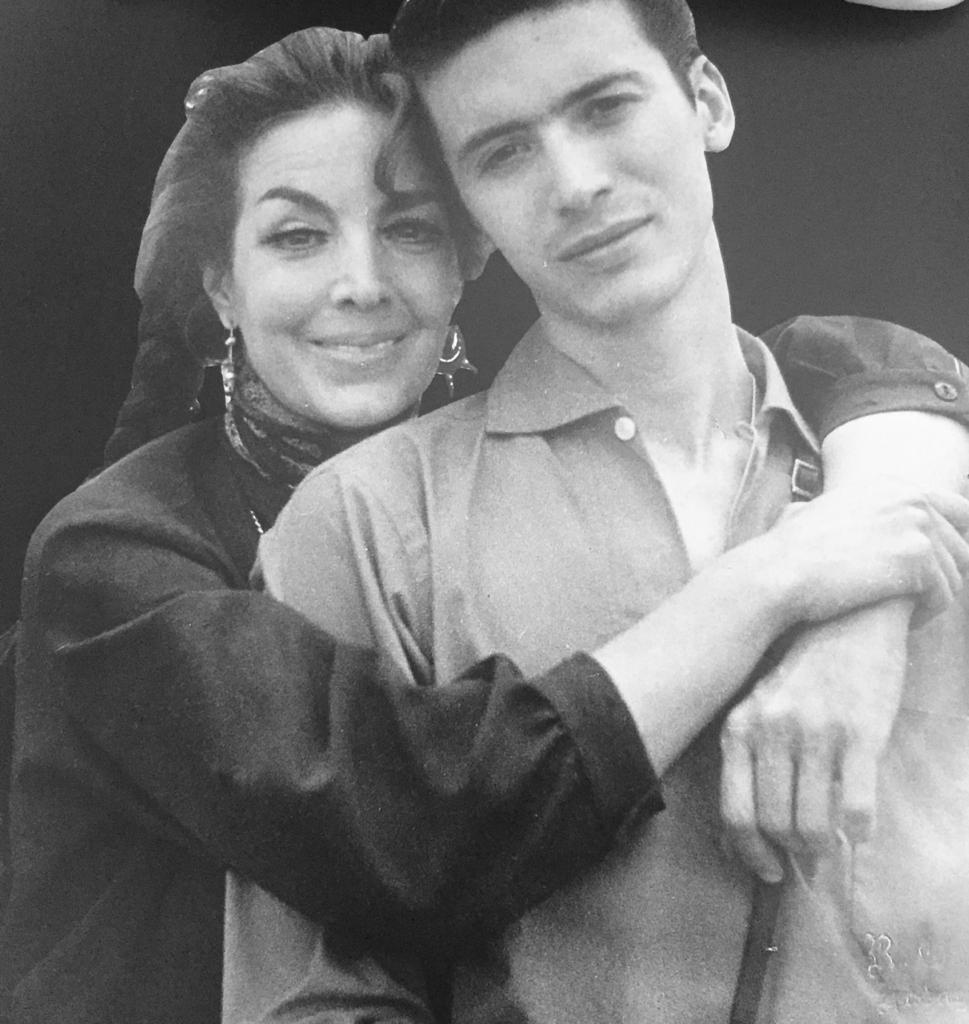 They loved each other deeply. 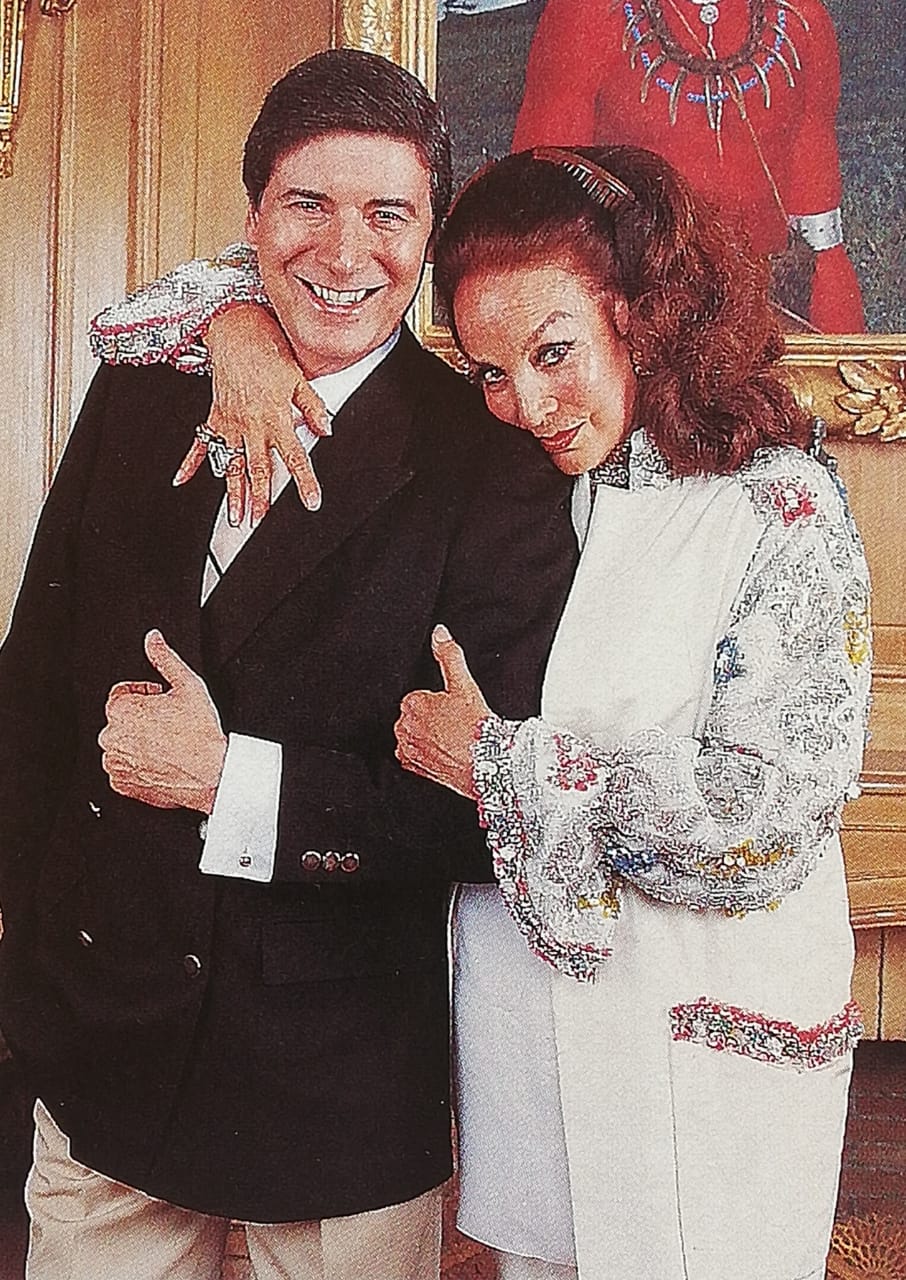 The actor from Los Caifanes and the soap opera Colorina was 62 years old when he died.

Six years later, just on the day he turned 88, it was not dawn. Neither she… nor the day. The almost state funerals.

Two months later the will was read. The house of Polanco who lived Mary in Hegel 610, the of Cuernavaca and two other properties, were for his personal assistant, Luis Martinez de Anda… I had presented it to him Ernesto Alonso many years ago. And of what was in the bank accounts, half for the assistant himself and the other half for the French painter. Antoine Tzapoff, 30 years younger than María and since the 80s, his last sentimental partner. 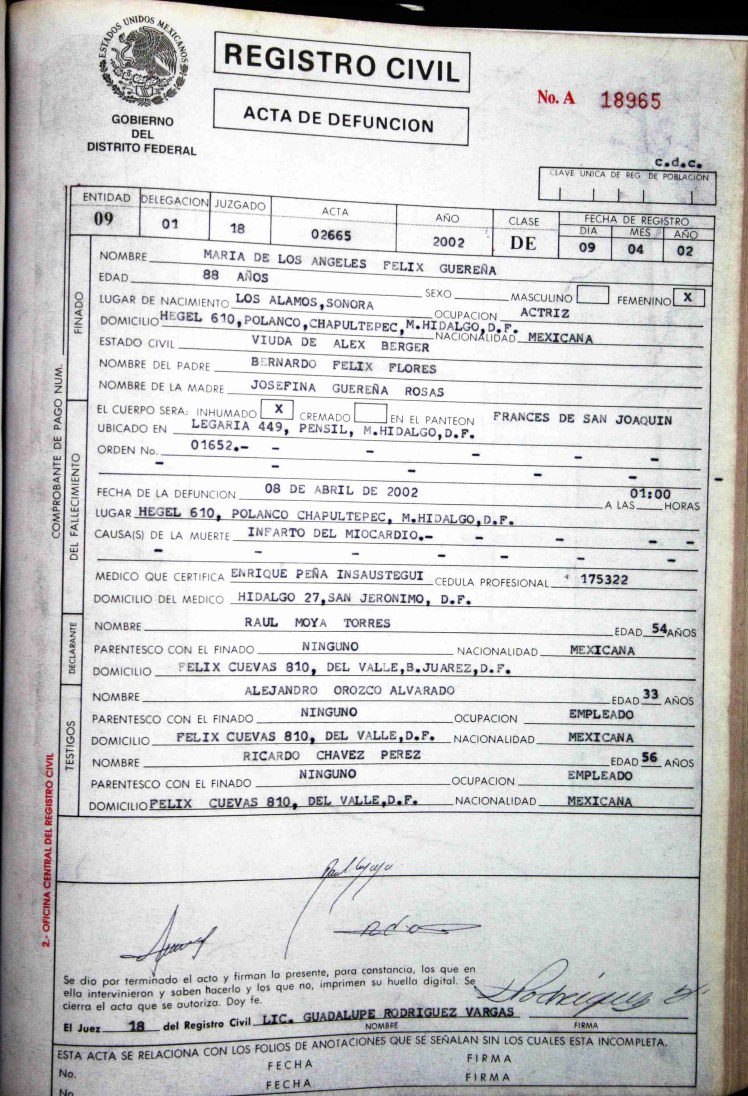 From the family, nothing to anyone. His brother, Benjamin Felix, challenged … it was not possible that everything was for the secretary and denounced that the Doña she had died poisoned. He took things to such a degree that they had to exhume the body and take the corresponding examinations, which ended up dismissing the murder charges. Neither The Indian Fernandez, Gavaldón, Ismael Rodriguez and Buñuel they would have imagined this script for the screen. 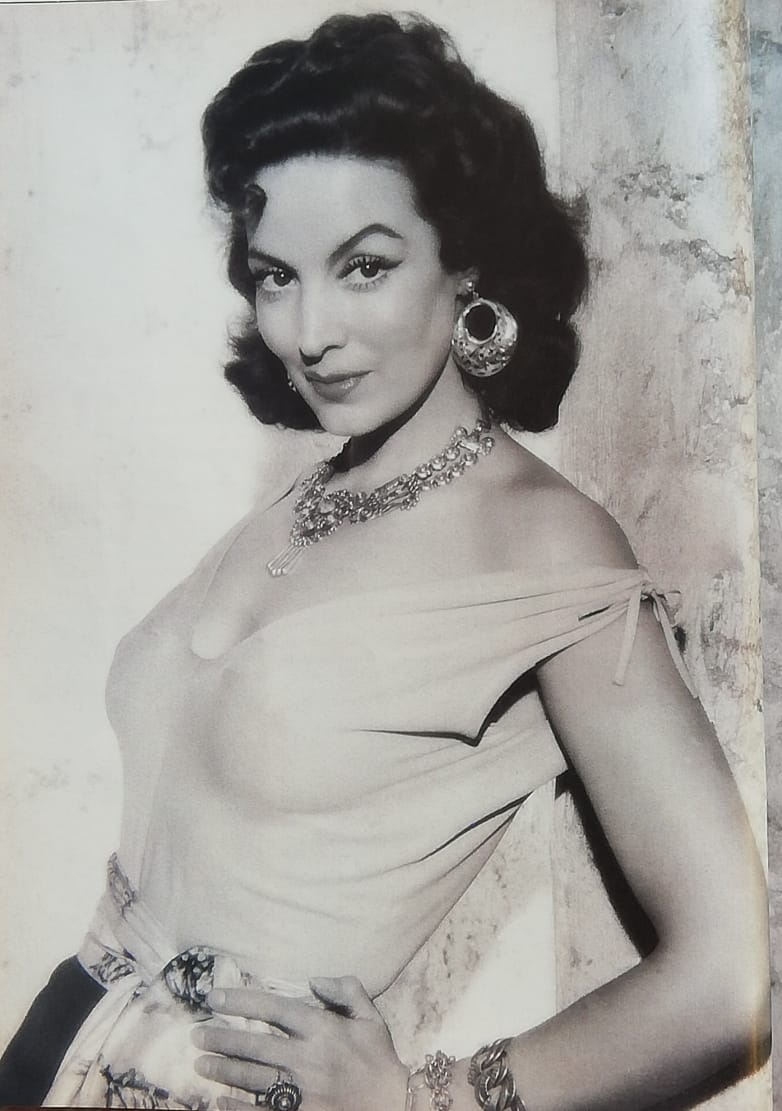 Life was intense. Like when she was forced by a sheikh in Morocco “to eat the meat of children sacrificed for being the product of concubines “… to keep permission to continue filming the Spanish film The black crown (1951): “… for fear of the sheikh and for the love of the cinema we had to eat human meat. The emissary was right: it was a delicious delicacy. And no one got indigestible,” he declared. Mary with ease -and peace in the soul-. 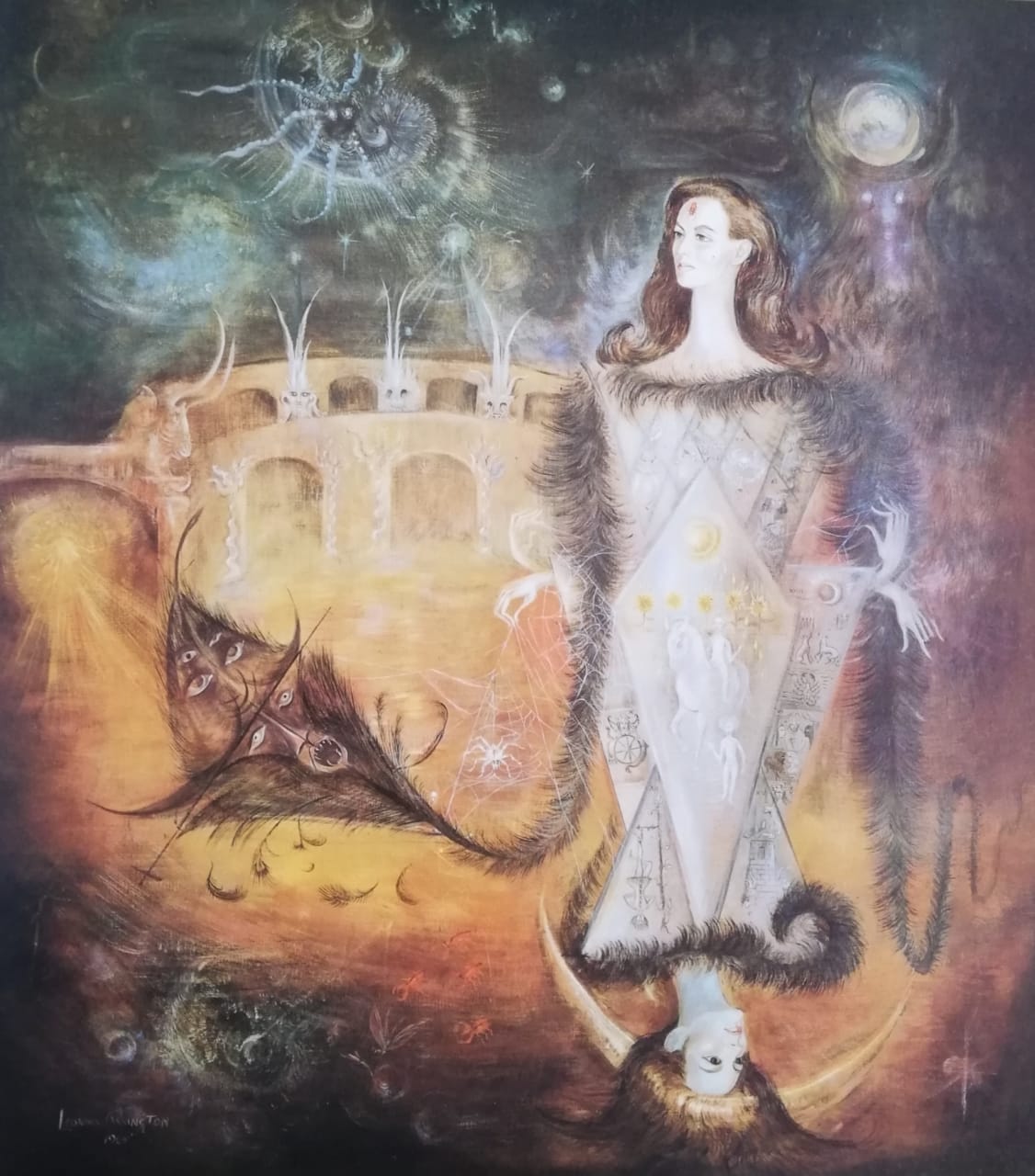 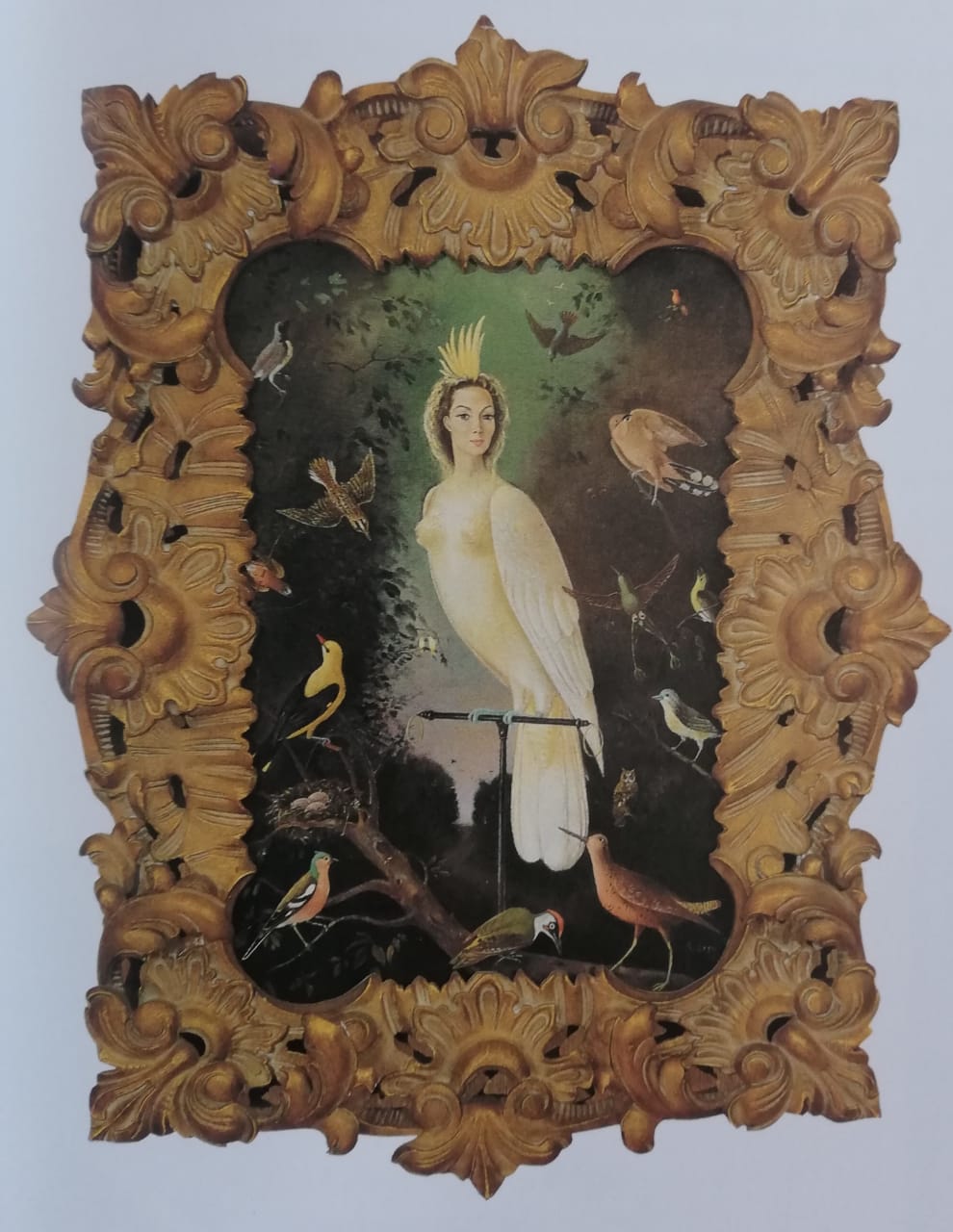 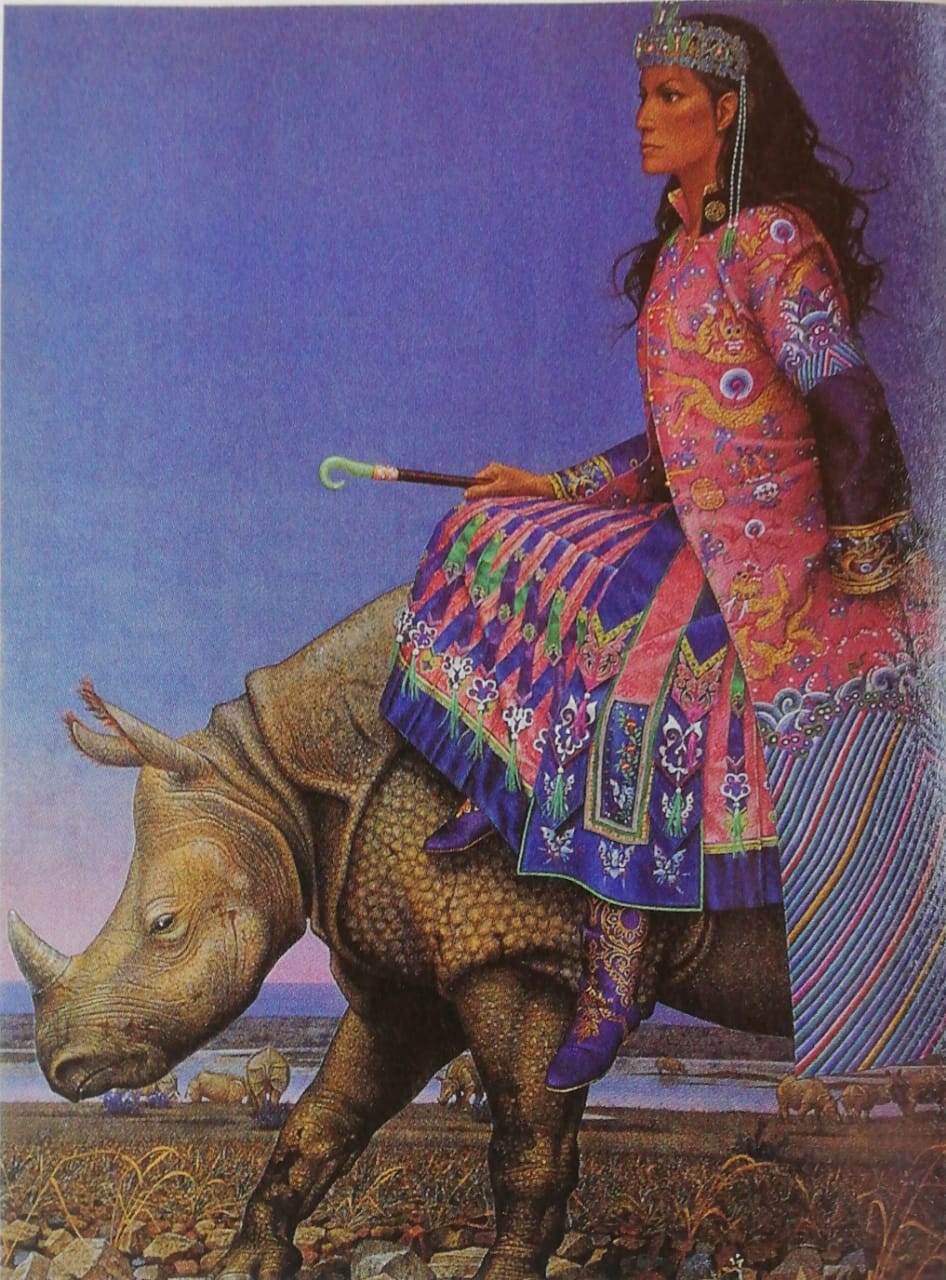 His friend Diego Rivera he painted her several times… there is a large-format oil painting in which originally her nipples are subtly transparent on a white dress. Did not like Mary… So he ordered the tlapalería to buy white paint and with two strokes he solved it. Today, that painting does not appear. She would have given it to Juan Gabriel (who composed Mary of all Marys), then he would have given it to the now detained former governor of Chihuahua, Cesar Duarte and… journalism award to whoever finds it. 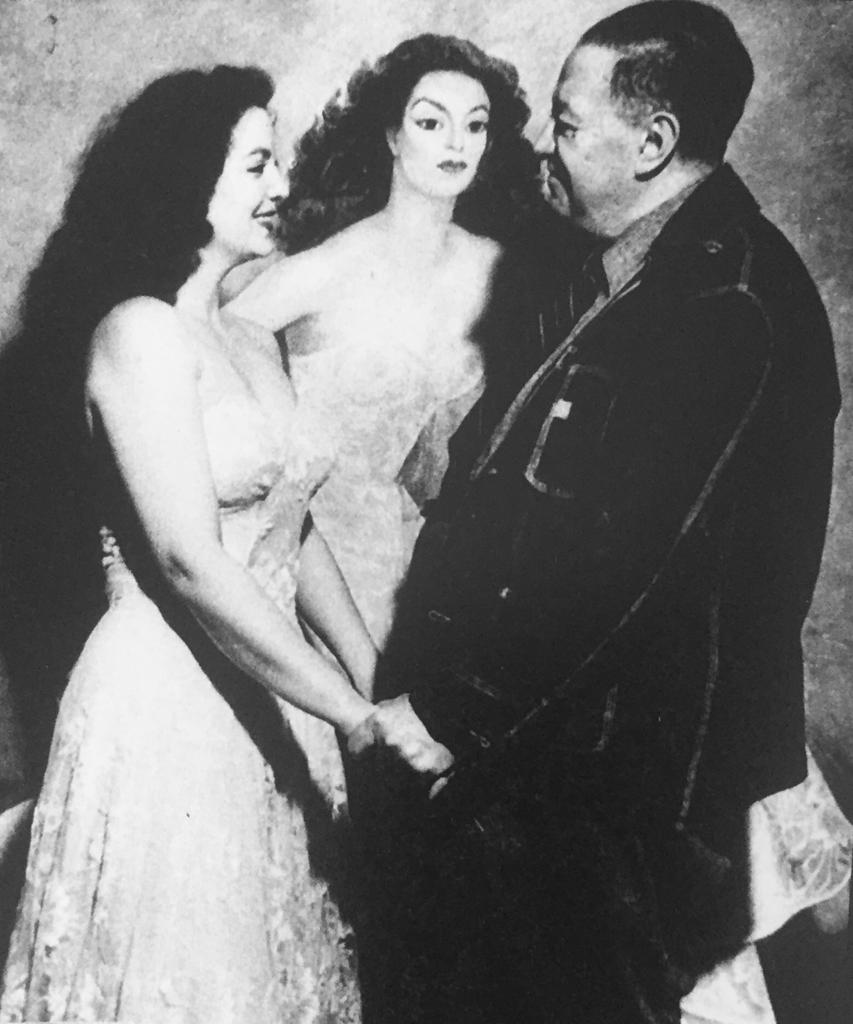 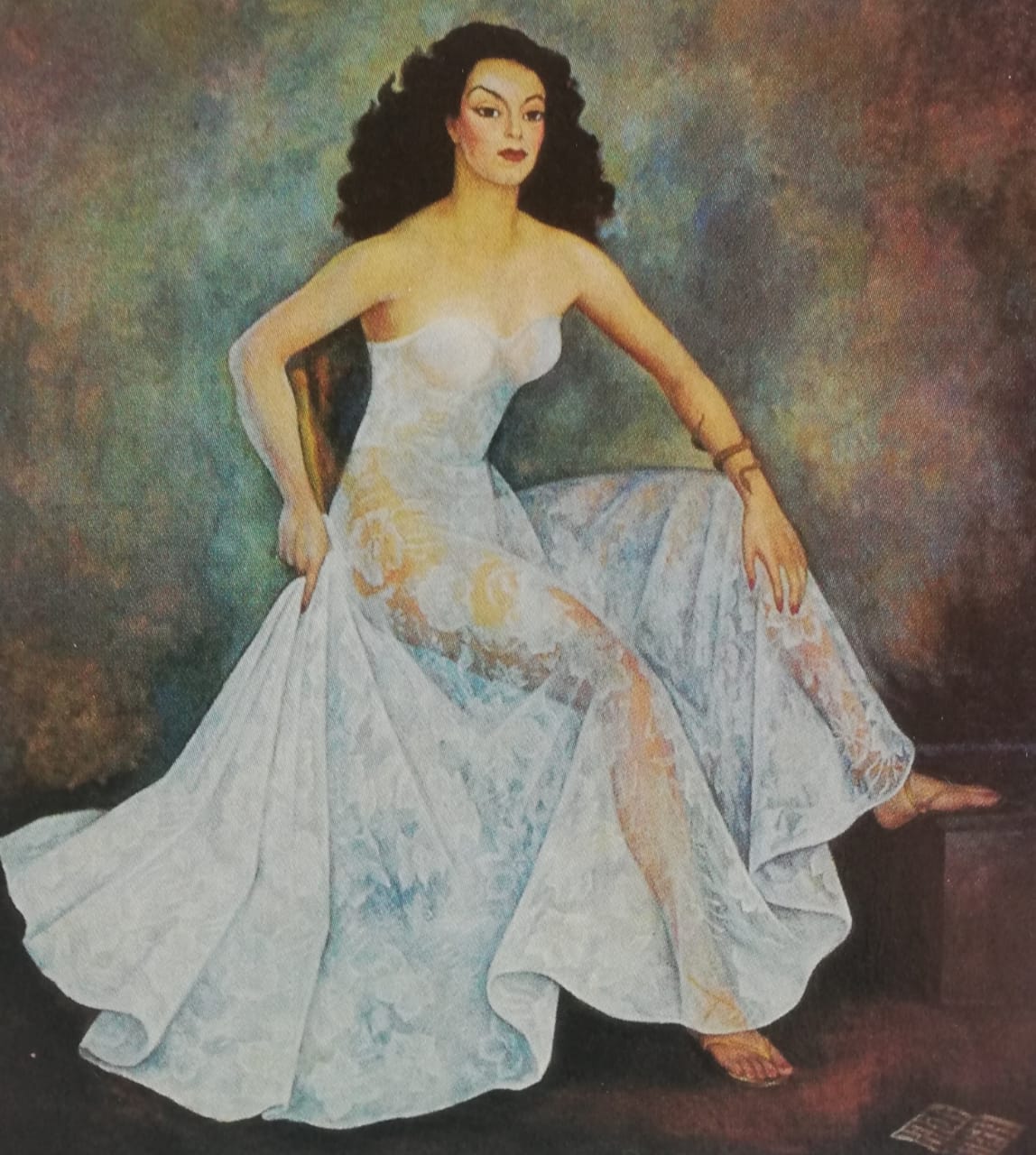 The retouched painting was given to Juan Gabriel.

The fiery struggle these days for equal conditions for women and against mistreatment against them, for many reasons could carry on its flag the face of Maria Felix, who, for example, many decades ago had this speech: “Protest, complain, do not let yourselves, get ready, make your life what you want and not what your men allow you to be. Love and make yourself loved. Do not settle with little. From now on, this will be a country of women. Now it’s our turn. “

French playwright and poet Jean CocteauHe said: “it is so beautiful, it hurts.” Octavio Paz wrote: “… was born like a lightning bolt that tears the shadows … it is not strange that there is caused irritation, spite, slander. Envy is an inverted form of admiration”. 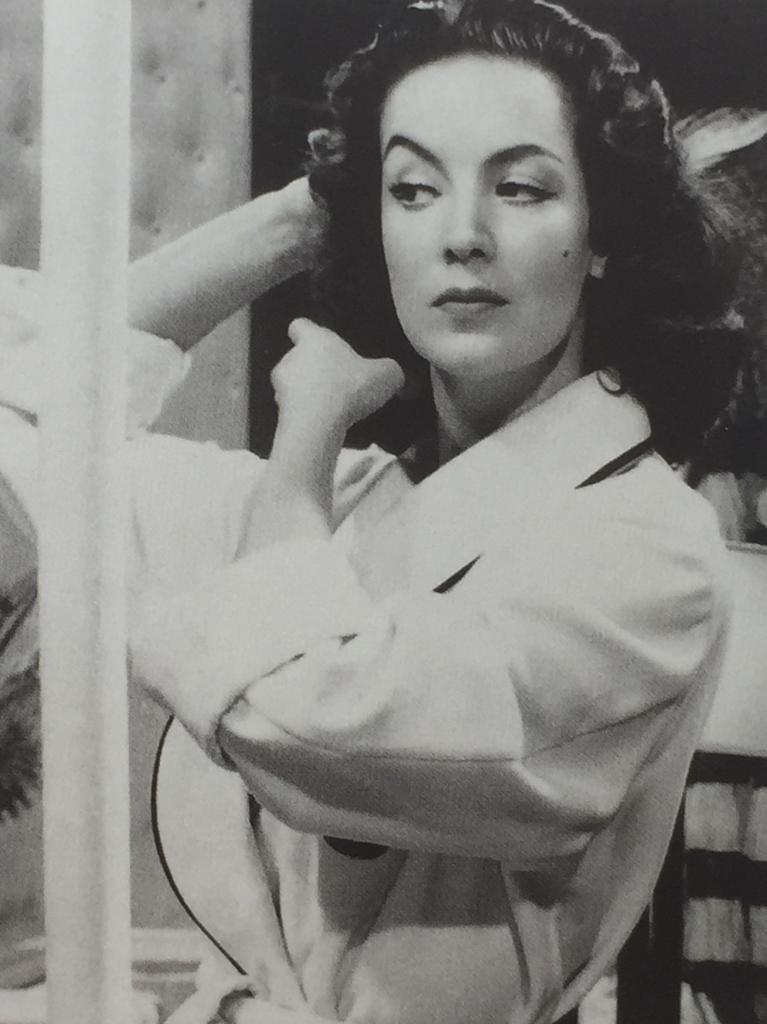 From childhood he rejected the pattern … the label … the archetype established for the female gender. From beginning to end, he took control of his life. Indomitable. Exquisite. Brilliant to the point of never rubbing shoulders with modesty (… which is always redundantly false). Without atavism, without fear … no fear: “I don’t know how to pray.”

And she never asked permission to be a woman.

“We almost fell from our chair”: between Paris Habitat and JCDecaux, 733,000 euros which annoys

Wednesday horoscope: what awaits you today? – In...

At the wedding of Luca Argentero and Cristina...

Ferry Doedens: ‘Mother was angry and sad about...