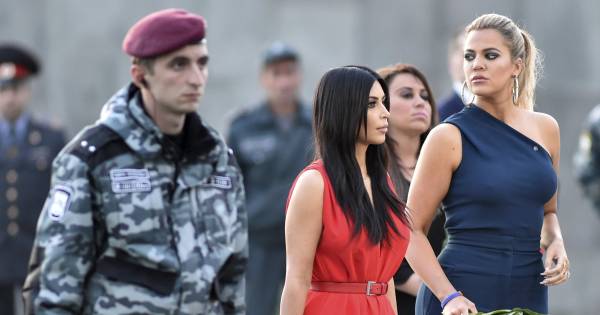 In a short video posted on her Instagram page, Kardashian says her thoughts are on “ the brave men, women and children, ” affected by the violence in the Nagorno-Karabakh region. “I have spoken several times about the current situation in Armenia and Artsakh and have many conversations to create awareness for the crisis that we cannot allow to continue.”

The reality star, who has no fewer than 189 million followers on Instagram and thus a large platform, feels particularly Armenian. “We must remember that, despite the distance that separates us, we are not limited by borders. We are one Armenian nation together, ”she says. Her donation goes to the Armenia Fund, a fund founded by Armenian-Americans in Los Angeles in 1994 that provides humanitarian aid to the region. The fund arranges, among other things, food, shelter and medical care for the population.

Kim Kardashian’s Armenian roots go back very far: they run through her father Robert, her mother is partly Dutch, English, Irish and Scottish. The celebrity’s great-great-grandparents come from an Armenian village in northeastern Turkey. Later they emigrated to America like so many Eastern Europeans. Kim, her father Robert and also her grandparents were just born in the US.

So, although the question arises how Armenian Kardashian is after so many generations, she cherishes her origins and works tirelessly for her people. For example, she often lobbied the US government for recognition of the Armenian genocide.

The star encourages her followers to also donate money or share information about the situation in the country. “Every little bit helps,” she says. “Let’s make this our most successful fundraiser yet.”

Despite a ceasefire being announced on Saturday morning, Azerbaijan fired on Armenian military targets on Sunday morning. Armenia is also said not to have kept to the ceasefire on Saturday.

to see on our screens this week

AEX has a wonderful week on wings of tech | Financial

When Hingis completely lost the thread in the French Open final

– In time for contraception