The international premiere in the Czech Republic at the Jihlava Documentary Film Festival on October 27 will feature Ivars Zviedra’s documentary “The Wearer”, known worldwide as “Latvian Coyote”, the representatives of the National Film Center said.

The film tells the story of a profession created on the border by globalization and unemployment – the concern of “wearers” is the import of refugees into the European Union. The film follows the course of the borderland’s native Pepins. He meets illegal immigrants in the woods at the eastern border of the European Union at night – is it a coincidence or a careful plan?

The work of Ivars Zviedra is mentioned in the program of the Jihlava festival as one of the documentaries that everyone should see. The creators of the festival program emphasized that it is both an exotic portrait of an abandoned border and a harsh story about people who are willing to risk their freedom for a small fee.

From October 27 to November 8, the 24th Jihlava Documentary Film Festival will screen more than 220 films from around the world, distributed in several different competition programs and out-of-competition screenings. Currently, the main themes of documentary cinema are the Covid-19 pandemic, climate change and the fundamental question that cinema often asks – where are our homes? In a sense, this question is also asked by Ivars Zviedra’s film “Wearer“Included in the Central and Eastern European Competitions Program”Between the Seas“; There are a total of 10 films in this program, and several from different perspectives explore the topic of refugees and world walkers. The winner of the competition will receive a prize of 10,000 euros.

Marek Howork, the director of the Jihlava Festival, admitted that the time of the Covid-19 pandemic had introduced adjustments in the life of the festival as well. “We are very sorry that we cannot show the films on the big screen in cinemas, but we also want to see an opportunity in this deadlock situation. One of the positive aspects of the situation is that anyone interested will be able to see the films of the festival, ”Hovork emphasizes, announcing that the Jihlava Festival is taking place online this year. Fifteen years ago, at the same time as YouTube was born, the Jihlava Documentary Film Festival launched the first video-on-demand portal dedicated to documentary cinema and providing access to an extensive film catalog. DAFilms.com is currently one of Europe’s leading VoD platforms and a partner of the Jihlava Festival. ” Therefore, more than 220 films of the festival will be available on this platform to viewers in the Czech Republic, but more than 80 – to cinema lovers around the world.

Director Ivars Zviedris is pleased to participate in one of Europe’s most famous documentary film festivals, although he will not go to the Czech Republic due to the pandemic. “I would like to, but I can’t afford to go to Jihlava. Both because it would not be responsible during the pandemic, and because I filmed as Latvians and kovids is raging in Latvia, ”said the director, who has been documenting the events created by Covid-19 in Latvia since the beginning of the pandemic, making a new documentary.

This year, 13 works nominated in the categories of the best films are nominated for the National Film Award “Big Kristaps” audience sympathy award. Vote for your favorite may be once a day until midnight on 12 November.

Meanwhile, in Latvia, the film “Valkotājs” has been nominated for the National Film Award “Lielais Kristaps” in two nominations – as the best feature-length documentary and for the best cinematography in a documentary (there are two cinematographers in this film – Ivars Zviedris and Haralds Ozols). The film also qualifies for the “Big Kristaps” audience sympathy award, for which it is possible to vote on the portal LSM.lv.

In Latvia, since its premiere in December 2019, the film “Valkētājs” has been shown in cinemas of large cities, as well as in county culture houses and other cinema screenings. The film is supported by the National Film Center and the State Cultural Capital Foundation, and is distributed internationally by the company “Taskovski films”.

Those interested in Latvia, Lithuania and Estonia can watch online.

What iPhone will not get iOS 15? Apple has released a list of devices receiving the update 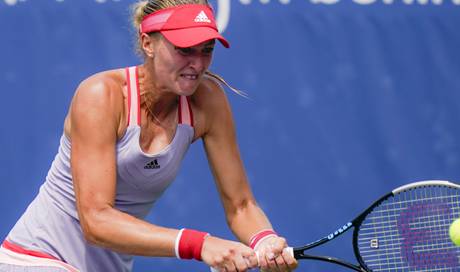