Is Russia going to war in Ukraine, but in a different way? 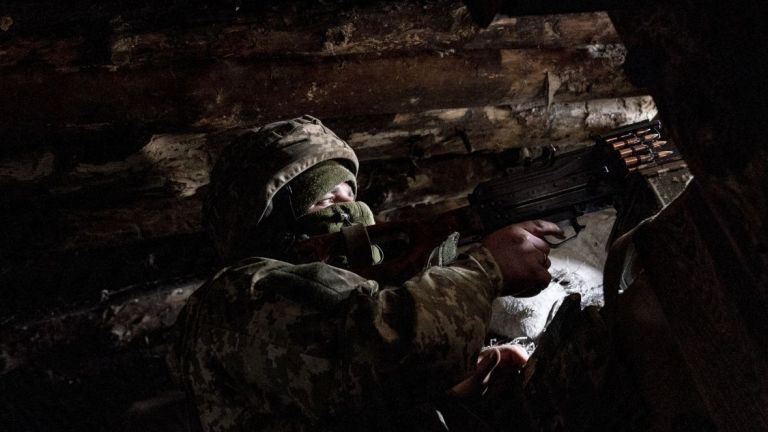 Is Russia going to war in Ukraine, but in a different way? What foreign media write about escalation in Donbass.

Journalist Ted Carpenter outlines his view of the situation in his article for National Interest magazine. He draws attention to the fact that US President Biden’s administration is seeking to reassure Kiev of US and NATO support in such a growing confrontation “with pro-Russian separatists and with Russia itself.”


According to the author of the article, the Biden administration can accept the policy of the 43rd US President George W. Bush, who convinced his Georgian counterpart Mikheil Saakashvili that his country is a valuable ally of Washington and that the US with the Atlantic Alliance will help him if Tbilisi involved in an armed conflict with Moscow, reports gazeta.ru.

Carpenter recalls that in August 2008, Saakashvili launched an offensive to regain control of South Ossetia, which had seceded from Georgia, when Georgians attacked Russian peacekeepers. Then Moscow responded with a massive counterattack. As noted in the article, Bush then assured his Georgian counterpart that Washington was committed to Georgia’s territorial integrity but did not promise military aid, “because the United States and its allies do not want to risk a nuclear confrontation.”

The author of the article draws parallels between the events in Georgia and Ukraine and came to the conclusion that today there are two options for the development of events in Donbass – bad and terrible.

He believes a repeat of the Georgian scenario is very likely. Ukraine, prompted by Washington to confront Russia, has decided that US support is guaranteed and will suffer military defeat as US leaders refrain from entering into such a conflict.

At the same time, the author admits a second scenario in which the Biden administration will take military action in response to the escalating conflict between Russia and Ukraine. Carpenter said such a scenario could lead to a nuclear war.

Another publication on the escalation of the conflict in Ukraine appeared in the Croatian edition of Advance. Observer D. Maryanovich writes that the tense situation in Donbass is exacerbated by Russia’s concerns about NATO’s role in the neighboring country.

Initially, as the newspaper recalls, Kiev accused Moscow of transferring troops to the Ukrainian border, and now the Ukrainian side together with NATO will conduct the largest maneuvers since the end of the Cold War – Defender Europe 2021. In this context, the Kremlin said that strengthening NATO troops in Ukraine will require additional measures.

“There is now a situation where two countries – Ukraine and Russia – claim that their security is threatened. Ukraine fears the Russian presence, while Russia fears the presence of NATO,” the article said.

The Croatian newspaper recalls that the escalation began as soon as Joe Biden came to power in the United States. It’s just that American administrations, especially in this century, tend to immediately identify their main enemies. If for Trump Iran was like that, Biden, immediately after taking office as president, carried out an aggressive attack on his Russian counterpart Vladimir Putin, calling him a “murderer.”

“This aggressive stance towards the Russian president is not accidental and is certainly not a consequence of Biden’s mistakes. The escalation is planned in advance because the new administration must show from the beginning who its main enemy is and who it will focus on,” the author wrote. .

In turn, in an editorial in the Spanish newspaper El País, the authors called on Russia to refrain from inciting instability in Ukraine, although Moscow has repeatedly stated that it is not a party to the conflict in Donbass.

The newspaper evaluates the measures taken to “repel Putin” and offers its own. In particular, the explicit support of Ukraine from the United States, as well as the worried tone of the head of European diplomacy Josep Borel, proved to be appropriate. But according to journalists, this is not enough. They believe that the EU must act effectively and cohesively to resolve the Ukrainian issue.

“The EU must update its own strategy and coordinate it with the new US administration, but without losing its autonomous voice. Each new aggressive gesture by Putin reminds us that toughness is now not a behavior but a necessity,” it said. in the article.

According to him, the media hype surrounding the recent movements of Russian troops may suggest that Moscow was the target. Russia, he claims, is going to war, but in a different way.

“I stick to the concept that Russia goes to war when it loses political control over a region, when its interests are threatened. I don’t see that situation now,” he said.

According to the analyst, the 4,000 Russian military that the United States is talking about is too small a force for a serious offensive. He noted that according to records distributed on the Internet, relatively small units are being operated. The expert believes that if Russia is preparing for war, it is trying to use the factor of strategic surprise, which is offset by the open movement of troops.