“I want to live one day on the Costa del Sol, the sea calms me down” 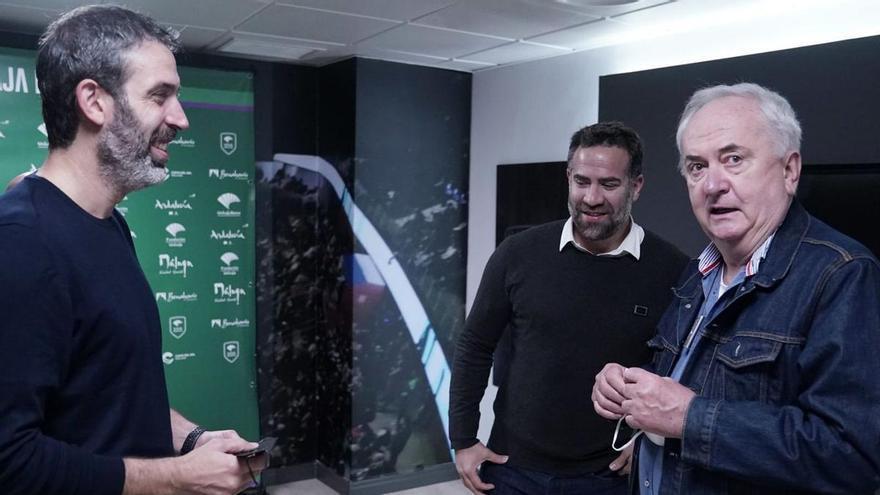 Bozidar Maljkovic spends a few days on the Costa del Sol. The former Unicaja coach, now president of the Serbian Olympic Committee, was at the Martín Carpena on Sunday watching live how the green team beat Coosur Real Betis in the league derby. The former Serbian coach, who will turn 70 next April, is one of the great myths of European basketball, in which he won the European Cup (current Euroleague) 4 times with Jugoplastika (twice), Panathinaikos and Limoges. After his time at Unicaja, between 1999 and 2003Maljkovic has always maintained a bond with Malaga and the Costa del Sol, maintaining a home in Marbella that allows him to travel regularly to Costa del Sol lands.

How is life going for Bozidar Maljkovic?

It was a big change to change the profession of coach to be president of the Olympic Committee. Serbian President Aleksandar Vucic called me to ask me to take this position to revitalize Serbian sport. This idea came out in the press and the people received the news very well, there were letters from the fans… I was elected without any votes against.

How is your new job at the Serbian Olympic Committee? How is the state of health of sport in your country?

I work a lot, I talk with many athletes, with their coaches, with directors… The truth is that I am very happy because I see how much people in my country love me. They respect me and treat me with great affection. In Belgrade and in all of Serbia. I like being with my people after so many years away from my country. We only have 6 million inhabitants, less than Andalusia, but we have, for example, the best athlete in the world in the last three years, Novak Djokovic.

Djokovic is one of the main references in Serbian sport. How is his relationship with him?

Very good. It is a phenomenon. A great uncle. He is delighted to live part of the year in Marbella. I was a bit “guilty” because I told him that the weather was a good option for him to come and work here. In my life as a coach I had great athletes, but Novak is number 1. Never after losing a match has he said anything out of place. He never gets out of fair play. He speaks five or six languages. There are very few like Novak. His parents were very poor, they set up a sandwich bar and all the money was for Novak to train and play tournaments. I am very happy that he is also in Marbella.

What do you think of the controversy surrounding the Australian Open and other tournaments that do not want Djokovic to participate because he is not vaccinated?

It was nonsense and gross discrimination from the Australian Government. Novak has never said that he wants to be an anti-vaccine leader. He says that everyone is free to choose whether or not to vaccinate. Me and my family have received 3 vaccinations. He believes that for his physical conditions it is not good. And he doesn’t want to. The first time I went to the US they told me: «My body is my business» (“my body is my thing”). He wants to take care of himself. There are many examples of athletes with a bad life who have retired much earlier than others who have taken better care of themselves. For me you have to respect each person. Rafa Nadal or Roger Federer would not be so great if they had not competed against each other and against Novak. They work every day to be better than the others. To compete with each other.

On Sunday he returned to Carpena to watch live the league derby between Unicaja and Coosur Real Betis. How about López Nieto and the new directors of the club?

They will bring luck. Unicaja is in good hands with López Nieto. We talked for a while and he has good sporting logic and confidence in his ideas. Juanma spent 4 years working with me very well. I like her work because she knows what players are needed and she knows how to keep secrets. He also made me very happy to see Ángel Fernández Noriega, my president at that time.

I liked the way the team played and I think it’s because they train well. Ibon Navarro did a good job in Andorra. He won with Andorra this season against Partizan with much merit. He is a good trainer.

Is this Unicaja very different from that of Bozidar Maljkovic at the beginning of this 21st century?

Yes, it is different. In my time there was more time to work and train players. Now I don’t know if the players know who they play against every night. There are so many trips, video games… Before, it was better for training young people. Now there is no time to correct errors. There are too many games.

The team will fight in the coming weeks against BAXI Manresa to qualify for the Final Four of the BCL in Bilbao. What options do you see for the green team?

There are always options. It will be very hard because Pedro Martínez is a great coach, one of the best in Europe. He will prepare the matches well. They have a style of playing hard and aggressive, to the limit of fouls. Unicaja will have to put up with all that and it is not easy to play against very tough defenses.

Belgrade will host the Euroleague Final Four next May. Are you happy to experience the great continental basketball festival in your country?

I don’t know if it’s the best time with all this Covid and Russia. I don’t know if whoever wins this Euroleague will be a legitimate champion. Everything hurts basketball.

Now he has very little free time, but whenever he can he comes to Malaga and Marbella, where he has a home. What do Malaga and the Costa del Sol mean in the life of Bozidar Maljkovic?

It’s like my house. I do not have any doubt. I want to live here one day. The sea calms me. When he lost to Unicaja, he couldn’t sleep and he would take the car at 6 in the morning and go to Puerto Banús to see the sea without anyone knowing. He would turn off the phone and think about why we had lost the day before. Thinking things yourself is the best way to analyze the matches, better than the video.

Do you miss the benches, or is watching your daughter Marina succeed with the Serbian women’s team enough?

Marina has performed miracles. Beating Spain in Valencia, beating France, bronze in the Olympic Games and other things are miracles. They are not normal because the Serbian League is very weak. I had offers in the last 5 years from teams to return to the bench, but I don’t want to. Now my goal is the Paris 2024 Olympics. And after Paris, Maljkovic will be a retiree that I will enjoy my granddaughter, who now starts training basketball at the age of 8.

He will be here for a few more days and will return to Belgrade again. Will we see him again soon at the Martín Carpena?

I think so. Thank you for the warm welcome this Sunday. I will return for sure because it is my land and my club. I lived here four unforgettable years.