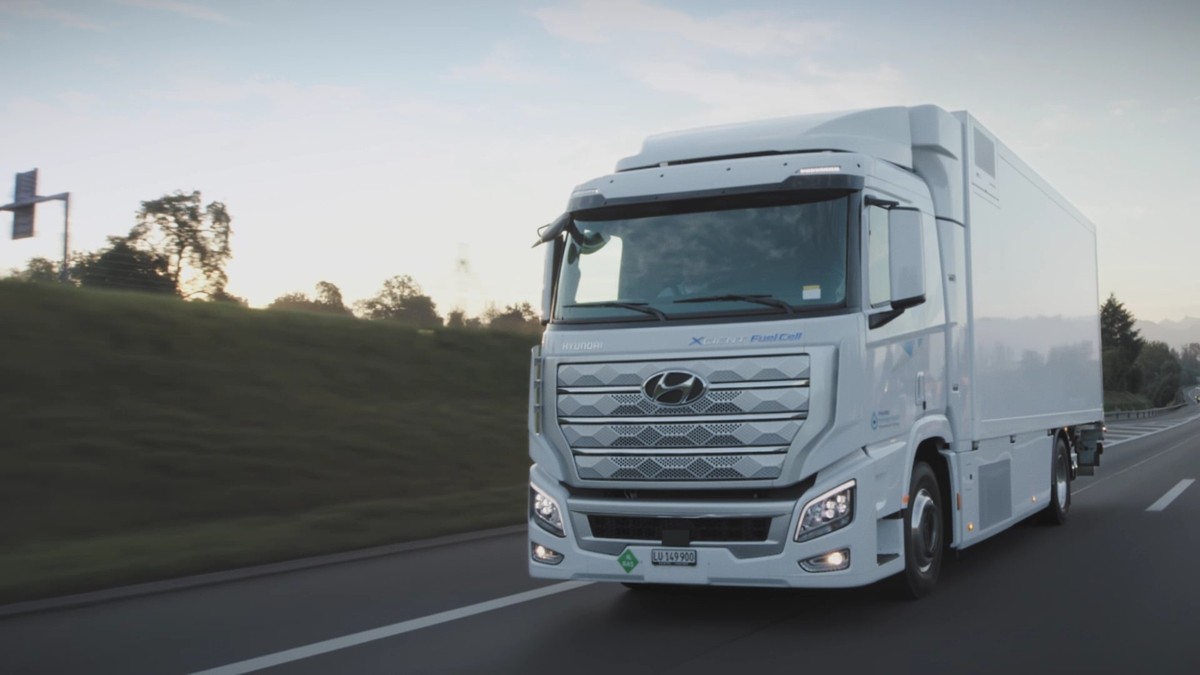 Hyundai continue to focus on solutions Fuel Cell. The manufacturer announced of having delivered the first 7 units to customers in Switzerland of his innovative XCIENT truck. By the end of the year there will be 50 on the roads. This vehicle is equipped with a 190 kW fuel cell system which powers a 350 kW / 3,400 Nm electric motor. The energy storage battery has a capacity of 73.2 kWh. There are 7 tanks capable of storing a total of 32.09 kg of hydrogen. Hyundai declares a range of about 400 km with a full tank, the maximum speed is about 85 km / h. Compared to an electric truck, Hyundai says hydrogen is ideal for commercial vehicle applications, as these vehicles have a similar refueling time to traditional trucks.

After Switzerland, the trucks will also be launched in other European markets. The ultimate goal is to bring it to the road 1,600 of these fuel cell vehicles by 2025. Today’s announcement is very important as the Korean manufacturer has announced its intention to go beyond Europe, to bring Fuel Cell technology to trucks also in America and China. To support this expansion, the production capacity of XCIENT trucks will be increased and will reach 2,000 units per year by 2021.

In the United States, Hyundai is partnering with some of the leading logistics companies to supply heavy fuel cell trucks. In 2019, the Korean manufacturer unveiled the HDC-6 NEPTUNE Fuel Cell truck at the North American Commercial Vehicle (NACV) Show, anticipating its plans for this vehicle category.

To support this plan, Hyundai is partnering with companies to build a complete ecosystem that includes hydrogen production, charging stations and maintenance. By 2030, Hyundai plans to put 12,000 hydrogen trucks on the road in America. The Korean manufacturer is also working in China where three models will be launched in the coming years.

The company also revealed that it is working to a next-generation hydrogen truck platform, which will be introduced around 2024.

Record number of infections in one day in Limburg (Hasselt)

In my present there is Stefano