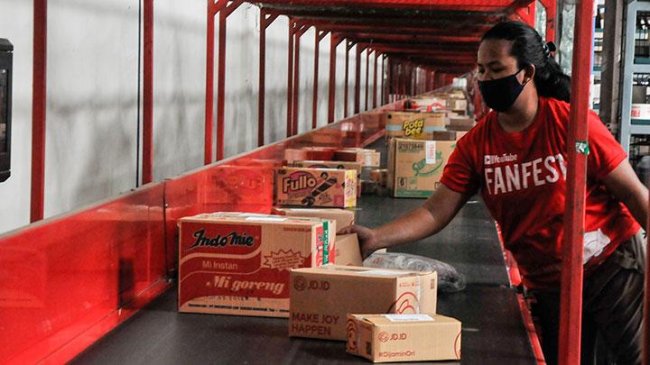 “National shopping day through online is aimed at national products. The government will provide subsidies Postal fee and the government has prepared Rp. 500 billion, “said Airlangga in a virtual press conference, Wednesday, April 7, 2021.

Airlangga said that Harbolnas would encourage the growth of public consumption during the Ramadan period until Eid. In accordance with President Jokowi’s direction, the ministers were asked to maintain the momentum of economic growth in line with the handling of the Covid-19 pandemic.

To support increased consumption, Airlangga said the government encouraged private companies to immediately provide holiday allowances or THR to their workers. During the pandemic, the business world has received various stimuli in the form of tax subsidies to credit relaxation.

“That way Bulog can get Rp 2 trillion in funds and the funds can be used to buy 440 thousand of people’s unhulled rice,” he said. To accelerate social protection, the government estimates that the budget absorption is Rp. 14.12 trillion.

“The hope is that GDP (gross domestic product in the second quarter can grow positively,” said Airlangga.

In order to stay fit during Ramadan, here are tips for consuming the right vitamin supplements

The British tennis player exhibits where she can and says: I want to be like Serena!

Ostia, a child risks drowning at sea: the spectacular rescue by 118 – Il Messaggero