‘Earth to Dora’ van Eels: for when you are tired of the misery 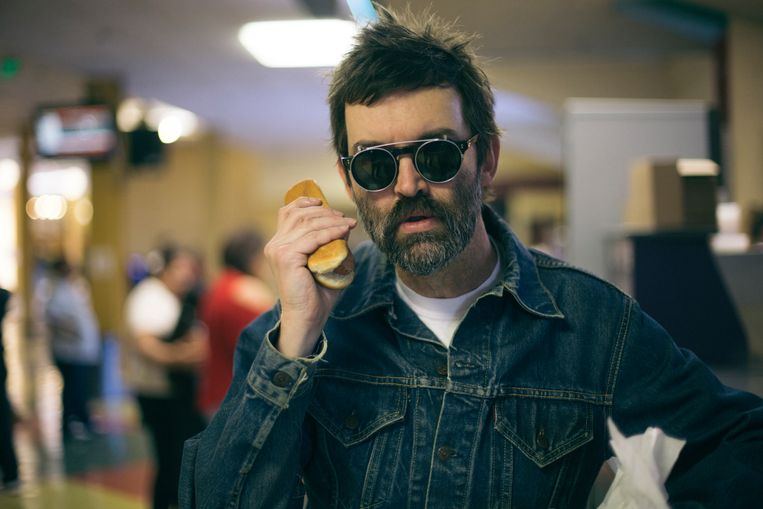 Or at least usually: on his thirteenth studio record he consciously seeks out the midfield. Doesn’t sound heroic? Perhaps. But these days an affable record like this has a beneficial effect. As an antidote to that lor of a lockdown, for example. Or as an anti-rust primer for the heartcorrosion of corona. ‘Are We Alright Again’ is offered as a frivolous arm around your shoulder. “Step into the sunshine, man. It feels good,” he sings. “Birds and bees jammin’ their theme for the neighbourhood.” That song was written during the first summer lockdown. But even during this gloomy sequel, he can serve, we kid ourselves for now.

To be honest, we’re also happy because we can’t always endure that damn melodrama-filled sledgehammer with Mark Everett – or “E” for friends and fans for short. Although you could hardly blame him for that. In the past death and sadness seemed to be the eternal millstones around his neck.

As a teenager he found his father dead in bed. Heart attack. An ironic difference, since the heart of this mathematical and physical genius had already been forfeited years before. E barely remembers a hug or a pat on his head during childhood. When, after years of struggling in the margins, he finally forced a breakthrough with his brilliant debut album Beautiful Freak (1996), that success was clouded over by the suicide of his sister Liz. During the same period, he also lost his mother to lung cancer. A few years later, he also lost his favorite niece in the 9/11 attacks.

One of the last deaths in the Everett family was when his four-legged friend died after fourteen years of service. Sounds a bit melodramatic to include a dead dog in this bowling game too? Well no. E sometimes mentioned the yapping and wagging Bobby “the sixth Eel”. His dog was also the eye-catcher in the clips of ‘Hey Man (Now You’re Really Living)’ or ‘The Look You Give That Guy’. Watch those endearing cameos and you immediately understand why E’s heart must be bled out by now.

We don’t even want to start about his amorous troubles – countless relationships went lightning fast or rock hard to the sharks. Mainly because they rarely count on this new record. Only in the velvety strings colored ‘I Got Hurt’ does he clearly indicate that his last marriage was as short-lived as the divorce hurt him intensely. But even then he refuses to turn his back on love. Everett is over 50, and even if he hasn’t found happiness, at least some rest.

It mainly seems as if E is tired of the misery today. A calming, carefree and quiet atmosphere dominates this record. Even in ‘Are you Fucking Your Ex’ a sentence sounds like “alone in a house of horror” not half as depressing as you might expect. A playful xylophone underscores that soundtrack of bittersweet sentiment.

The endearing, heartbreaking or moving stories on this record are generally not about Everett either. With the title track ‘Earth to Dora’, for example, he tries to encourage an old friend who worked in the Eels crew. That song is about trying to cheer her up with a text message. That sounds banal on paper, but it is precisely because of his direct and supercooled approach that he often knows how to trick you. That was no different in his soul-moving memoirs Things the Grandchildren Should Know.

On the cover of this record, a sad clown looks at you with a crooked, somewhat clumsy grin. No coincidence. It seems clear during interviews that E these Earth to Dora identified with this flea market portrait that he had previously only let shine in his toilet. The likely message? Even when you feel like the laughing stock of creation, there is at least something to chuckle, chuckle or smile about.

IDC Research: Vivo Dominates the Smartphone Market in the Third Quarter of 2020

25,000 corona violations in New York over the weekend