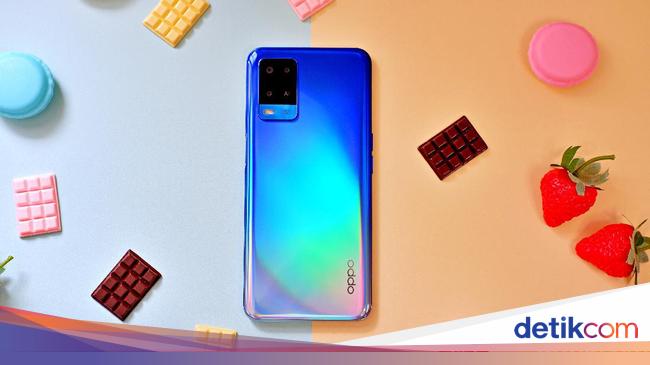 Oppo A54 officially present in the country, this phone replaces Oppo A31 which was released last year. The following is a comparison of the specifications and prices of the two in Indonesia.

In dimensions there is no significant difference between the Oppo A54 and its predecessor. If the weight of the Oppo A31 is lighter, but only 8 grams difference and it is not so felt when held.

Speaking of appearance, Oppo made a few changes. If the Oppo A31 carries a water drop notch, the Oppo A54 has adopted a trendy punch hole.

The rear camera is also shaped. No longer arranging the camera vertically, now it is made square.

You also won’t find a fingerprint sensor that adorns the back of the Oppo A31. Because Oppo unites the sensor in the power button, thereby enhancing the aesthetics of the Oppo A54.

One more change to the charging port. If Oppo A31 still uses microUSB, Oppo A54 already uses USB Type C. And this phone has IPX4 certification which means it is splash-proof.

Both still carry a 60 Hz refresh rate and are protected by Gorilla Glass 3. However, the Oppo A54 carries the Sunlight Screen feature which makes the screen increase by 14.5% automatically so that it remains clear in the sun.

Then Moonlight Screen which can reduce screen brightness to 2 nits at night so it doesn’t dazzle your eyes. In addition, AI Smart Backlight can learn user habits to adjust screen brightness according to user preferences.

Read Also:  Looking at the cellphone screen too long? This is the Way to Avoid Eye Strain

The MediaTek Helio P35 which powers the Oppo A31 is still used in its successors. The composition is 4 GB of RAM and 128 GB of internal memory.

Three cameras adorn the back of these two phones. The difference is only in the size of the main camera, 12 MP is installed on the A31 while 13 MP is on the A54.

The other two cameras include a 2 MP macro and a 2 MP bokeh lens. Oppo has increased the selfie camera from 8 MP to 16 MP.

While the Oppo A31 now costs Rp.2,599,000 with a choice of Mystery Black and Fantasy White colors.