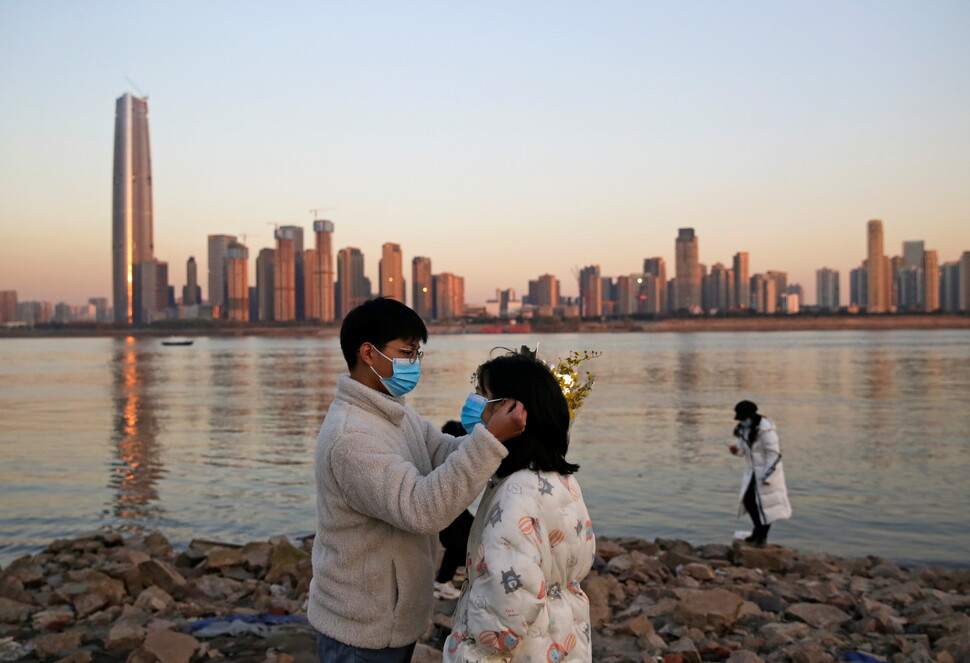 On December 31, 2020 (local time), a day before the New Year, a man wears a mask for a woman in a river in Wuhan, Hubei Province, China. In Wuhan, the corona 19 virus (COVID-19) broke out on a large scale about a year ago. Reuters Yonhap News

Foreign media reports that a patient infected with the mutant novel coronavirus (Corona 19), which first appeared in the UK, was also found in China for the first time. AFP news agency reported on the 31st that the CDC released the first mutant corona19 virus infection patient discovery through a’research note’ published the day before. According to AFP reports, Chinese health authorities confirmed that a 23-year-old woman who entered Shanghai from the UK was infected with a variant corona 19 virus named’B.1.1.7′. The virus, which was first discovered in the UK, is known to have stronger transmission power than the existing Corona 19 virus. Chinese health officials have said they are tracking those who have come into contact with the patient, AFP said. However, AFP did not specifically introduce what kind of’research notes’ published by China’s CDC were or where they were published. In addition, the Chinese authorities have not yet officially announced anything like this. Until now, not only the media in Greater China, but also major Western foreign media have reported that a mutant corona19 virus infection patient has been found in China other than the AFP news report. yunhap news