‘All Belgians will not be vaccinated until the end of 2021’

Belgian pharma veteran Jean Stéphenne, the chairman of the German vaccine developer CureVac, experienced the global rollercoaster that set corona in motion from day one. “I don’t believe in lifelong protection.”

Of all Belgian vaccine experts of international renown, 71-year-old Jean Stéphenne has by far the most years of service. He played a key role in the development of the vaccine division of the British GlaxoSmithKline in Rixensart, Walloon Brabant, where thousands of people now work.

Since he stepped down as CEO in 2012 – with a word of thanks from Bill Gates at his farewell party – Stéphenne has by no means rested on his laurels. In Wallonia, he is an investor and chairman of many biotech companies. In April he competed in the race for a corona vaccine as chairman of the German CureVac.

Because Stéphenne belongs to a high-risk group due to his age and was recovering from surgery just before the lockdown, he is extra careful. “When I see my grandchildren, we wear a mouth mask and meet outside as much as possible,” he says. ‘I shop once every two weeks and work mainly via video meetings. I don’t go to restaurants or museums. (laughs) I run a greater risk, even though US President Donald Trump says you shouldn’t be afraid of Covid-19. ‘

What did you think of the verdict?

Jean Stephenne: ‘A big mistake. He has easy talking. He enjoys the best care and was given a cocktail of medicines, including some experimental treatments. ‘

You take your precautions, but remain very active. Is this the busiest period of your career?

Stephenne: ‘Nope. At GSK I worked seven days a week, 14 to 15 hours a day. Now I work three to four days a week. I also do not have an executive role at CureVac, but use it to map out the strategy. ‘

This strategy focuses on mRNA technology, a discipline that is on the rise in the medical world for the development of cancer treatments and vaccines, among other things. In the case of the corona vaccine, mRNA (messenger RNA), a piece of hereditary material, is injected. This instructs cells to make a specific protein that is characteristic of the virus. The body sees the protein as an intruder, enters the fight and in this way prepares itself for another, real virus attack.

The three companies at the forefront of an mRNA vaccine, CureVac, Biontech and Moderna, are listed on the American technology exchange Nasdaq. Their joint stock market value amounts to around USD 60 billion.

There will be enough vaccines to vaccinate every European next year. But everyone must want that too.

Things have been going fast since CureVac’s initial public offering on Nasdaq in August. The share price has almost quadrupled. The stock market value is already around 9 billion euros. How do you look at that?

Stephenne: ‘When I make the comparison with large pharmaceutical companies, I find that difficult to understand. But that’s the stock market, is it? ‘

Excuse me? You must be the first executive to label his company’s stock price as excessive.

Stephenne: ‘Of course mRNA technology is very promising. GSK invested another 150 million euros in July to work with us on a range of vaccines against infectious diseases. That is saying something. But in my view, an excessive valuation is attached to mRNA companies, although CureVac’s is more reasonable than the others. The technology will certainly yield something, but there are risks involved. ‘

How far is your vaccine already?

Stephenne: ‘We will be announcing the results of the phase 1 study at the end of this month and have just started a phase 2 study in Peru and Panama. 690 people participate in that study, including the elderly. We look at the immune response: the amount of neutralizing antibodies and the cellular immunity, the memory needed to activate the immune system immediately when virus invaders reappear. In November, we will begin our large-scale Phase 3 testing on tens of thousands of people. For this we look at volunteers in Belgium, Germany and especially South America, because the virus is spread five to ten times more there than here. ‘

Phase 3 studies of other candidate vaccines have been underway for some time now. Won’t you be late later?

Stephenne: ‘We are three to four months behind, but I’m not afraid. The demand is enormous. There will be plenty of room for many players. A good vaccine must protect against infection, transmission and serious illness. And no one already knows which technology will be the best. That is also the reason why Europe and the United States bet on multiple horses and conclude purchase agreements with multiple companies. The vaccine technology of the Sanofi / GSK duo is best known and has already yielded other vaccines. That may be considered the surest bet. Since mRNA technology has not yet yielded any registered vaccines, authorities are taking more precautions. We expect to close a deal with Europe in the coming weeks (the purchase of 225 million doses, and an option for an extra 100 million, ed.) ‘

When will the CureVac vaccine be available?

Stephenne: ‘In the second quarter of 2021. In June I estimated our chances of success at 80 percent. Now at 90 percent because I’ve seen the test results in monkeys and hamsters. We will publish those data in two weeks, but I can already tell you that they are going in the right direction. ‘

Have you already started manufacturing and stockpiling vaccine, like many of your competitors?

Stephenne: ‘We start in November. I am counting on a capacity of 200 to 300 million doses in 2021 and double that in 2022. That will not happen in one place, but in a European network of locations and partners. ‘

Much of your vaccine is funded with public money. For example, a deal with the European Commission will soon yield a few hundred million. But it is CureVac that will soon benefit from the profits. Do you think that is correct?

Stephenne: ‘Europe takes part of the production risk through so-called advance purchase agreements. This is also necessary because it has to be done quickly and we build up stocks of a product that may never be on the market. On the other hand, there is the commitment that we will make our vaccines available for a reasonable price and that we will also partly offer them to less developed countries. ‘

What is a reasonable price? One that makes CureVac break even or one that allows profit?

Stephenne: ‘The company has invested for years in its mRNA technology, with money from, among others, shareholder Dietmar Hopp (a billionaire, known for the software giant SAP and owner of the football club Hoffenheim, ed.) And Bill Gates. You have to take that into account in some way to arrive at a reasonable price. The Commission is talking about vaccine prices of 5 to 15 euros per dose. That’s a big fork, but a lot depends on the technology. With mRNA you end up at the top of that fork earlier. ‘

Is CureVac also negotiating a deal with the United States?

Stephenne: ‘No. We will not sell corona vaccines in the US. For two reasons: the complexity of the regulations there and the fact that there are already many vaccine producers. ‘

Finally, when will all Belgians and Europeans be vaccinated?

Stephenne: ‘I think we will have to wait until the end of 2021, early 2022. Many vaccines will be on the market from the second quarter, but that does not mean that we can all take off our masks immediately. There will be enough vaccines to vaccinate every European next year. But everyone must want that too. We know that the population is opposed to vaccines. In Belgium that is not so bad, but in France it is different. ‘

Are you ready – as a risk person – to live in isolation for another year?

Stephenne: “I hope to be on the list of priority groups who get a vaccine quickly.”

The first vaccine is likely to be that of AstraZeneca-Oxford. As a CureVac president, are you willing to get injected with the competition?

Stephenne: ‘I’ll look at the study data and then decide. At the time, GSK also looked at that technology, and we were not convinced. I’m not sure that vaccine will produce enough immunity to protect you for the long term. With our technology it will be possible, although I don’t believe in lifelong protection. But no one can predict that at the moment either. ‘

Has been chairman of CureVac since April. The German biotech company has a market capitalization of $ 9 billion on Nasdaq. With its mRNA technology, it works on vaccines (Covid-19, RSV, yellow fever, malaria …), cancer drugs and treatments against lung and liver diseases.
Headed GSK in Rixensart, Wallonia for 20 years, and with 7,000 employees, the group’s center of expertise.
Is an important driver of Walloon biotech. He invested in Bone Therapeutics, Iteos Therapeutics and OncoDNA.
Considered the godfather of the Walloon Marshall Plan.
Previously served as CEO of the Walloon employers’ federation, and a director at BNP Paribas Fortis, Besix and GBL, among others.

New Dpcm, the photo of the restaurateur’s daughter who moves on social media 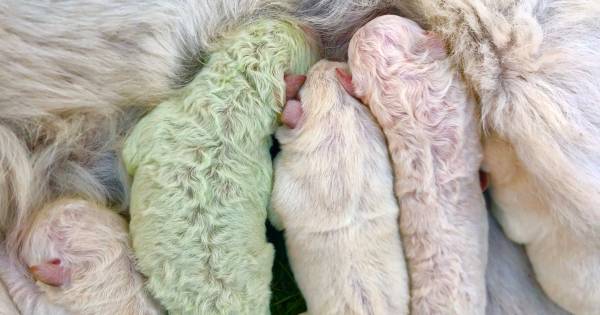 Welcome little ‘Pistachio’: puppy with green fur born in Sardinia, “the color of hope” | The best thing about the web

Doctors accused the girl with a rare form of blood cancer in simulating symptoms: People: From life: Lenta.ru