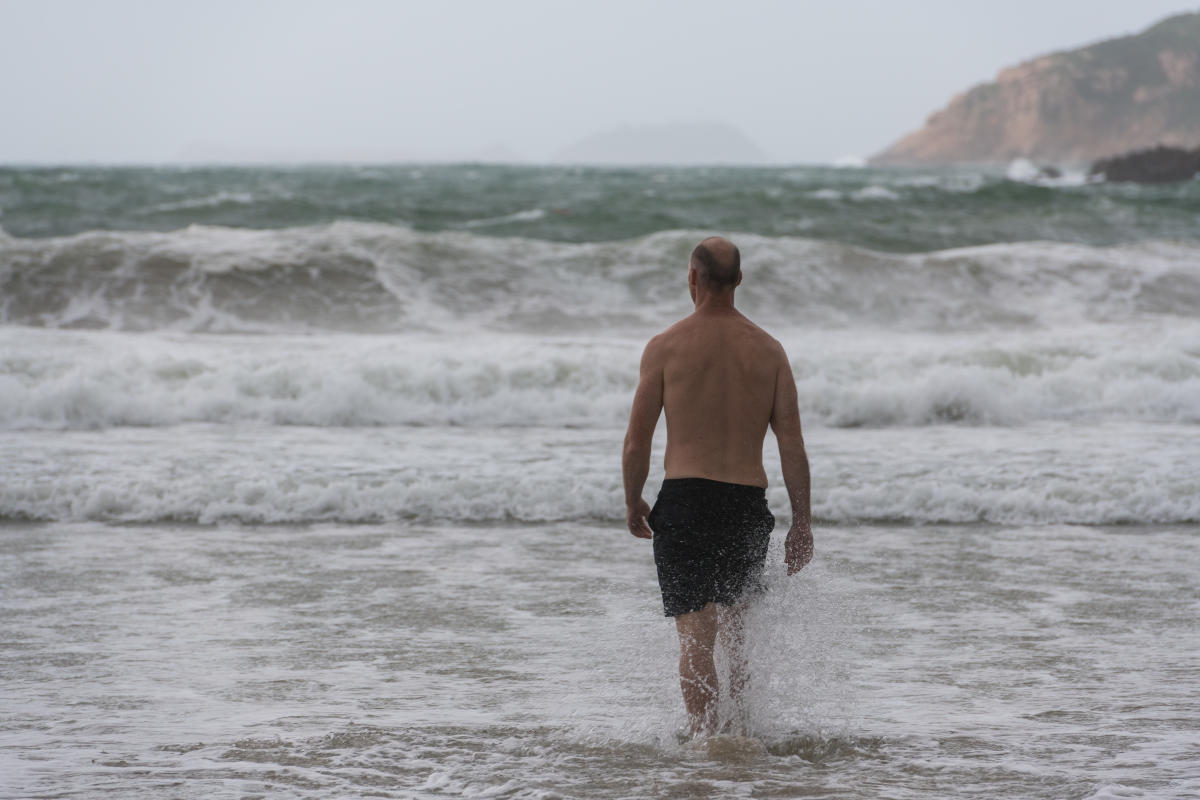 morning! Today is Wednesday, August 10, 2022. The Observatory predicts that the local area will have strong easterly to southeasterly winds today. At first, strong winds will blow from the offshore and highlands, and then the wind will gradually ease. It was cloudy, with squally heavy showers and thunderstorms. There were very large waves and swells in the sea. The maximum temperature was about 28 degrees.

Strong Wind Signal No. 3 is now in force. The Observatory said that the No. 3 typhoon will remain at least until noon.

The National Security Department of the Police took action yesterday and arrested two men, aged 28 and 29, on suspicion of violating Sections 9 and 10 of the Crimes Ordinance (Chapter 200 of the Laws of Hong Kong) of “committing an act with seditious intent”. According to a number of media citing sources, the two arrested are administrators of the “Secrets for Civil Servants”, both civil servants. The former Secretary of the Civil Service, Nip Tak-kuen, and the newly appointed Dean of the Civil Service College, Kwok Yam-shu, also expressed their opinions on the anonymous comments made by civil servants online.

The government started the “3 + 4” quarantine arrangement for people arriving in Hong Kong from August 12, and those who have completed at least 3 days of quarantine at designated quarantine hotels can leave the hotels one after another early yesterday. However, there are reports that people who have been under quarantine for three days have not been released from hotels yesterday. In addition, there are also restaurants that have not updated the scanning pin card program and cannot verify people with “red and yellow codes”, forming loopholes in epidemic prevention and so on. In terms of the epidemic, 4,045 new cases were confirmed yesterday, and 3 more patients died, aged between 87 and 93, all with chronic illnesses. Individual classes in 8 more schools need to suspend face-to-face teaching for a week, and another public hospital ward has a cluster of infections, and 3 patients and 1 nurse have been diagnosed.

JUPAS released the rankings today. This year, 15,857 applicants were officially selected for admission, with a ratio of 40.12%, the highest ratio ever. This year, 8 5** champions with 7 subjects or above were born, and CUHK included 6 of them. In addition, the century-old restaurant “Lian Heung House” on Wellington Street in Central and the “Lian Heung Store” in Tsuen Wan announced that they were closed due to the epidemic. Some employees claimed that their bosses owed 4 months of salary. It is suspected that someone deliberately closed the business “walking”. Asked the Labour Department for help, about 20 employees were affected, and the money involved was 2 million yuan.

Zhong You, have you bought Mark Six? Last night’s summer Jinduobao betting results,Can you match a pair of numbers?。

In terms of finance and economics, the quarantine arrangement is “3 + 4”. Some travel platforms said that after the announcement of the measures, orders for outbound flights from Hong Kong on the platform on Monday surged 176% compared with the previous day, and orders for inbound flights also surged 249%. However, the industry is worried that the relaxation of entry quarantine is still Not enough to attract tourists back. The government has announced the launch of the “Silver Bond”, this time the interest rate has been raised to 4%. What are the subscription details? Are there any other options for earning interest? Help you disassemble one by one.

In terms of entertainment, Chen Kailin attended the press conference yesterday, and Grace revealed that there will be a new show later, and Derek, a slender child, is also one of the guests of the show. DNA test, which means the incident has come to an end. Mo Li Qiyan, a dancer who was injured in the MIRROR Red Pavilion accident, is still in hospital. His parents insisted on visiting the hospital despite the wind and rain yesterday. They also entrusted the concert organizer to issue a statement to clarify that no crowdfunding activities of any kind were launched. Mo’s girlfriend So Ching forwarded relevant messages.

In terms of movies, Tom Cruise’s “Rising to the Sky: The Lone Ranger” is a big hit. As you all know, according to foreign media Deadline, Qu and “Pro Secret Service” executive partner Christopher McQuarrie already have 3 projects planned, 3 The sets are of different types. What are the details? Earlier, you should watch “Thunder Man 4: Love and Thunder”, have you found a lot of Rock songs? The original rock songs are full of 80s style, and they are introduced again and again. In addition, the third season of “High School Musical: Re-compose Music” will be launched on Disney+, and I would like to share with you 4 little stories that you must know.

Yahoo News: Typhoon Signal No. 3 remains at least until noon

Yahoo News:[Civil servant Secrets administrator arrested]Nie Dequan once said to investigate the leaking employee Guo Yinshu, referring to the special page to understand the voice of the public servant

am730: 8 classes have been suspended for one week in the current ward group of Qingshan Hospital

am730: Lianxianglou lost to the epidemic and closed about 20 employees, 2 million in salary arrears

Sing Tao Daily: Refused to let my brother’s father DNA test: the incident has come to an end

Add the “red code” and “yellow code” to the vaccine pass to learn more about the details and the limit of activity permissions?

A sudden increase in imported malaria cases to understand the causes, symptoms and epidemic situation at one time

Consumer coupons 2022丨August 7th, the second phase of $2000 consumer coupons will be sent to see the collection methods and expiration dates of the 6 major stored value payment tools