The dangerous chemical that is touted as a Covid cure

Although no cases have yet been registered in our city, the use of the disinfectant chlorine dioxide as a “home remedy” to cure pain, infections, allergies and even, lately, as a solution to Covid-19, is already causing concern in the health system .

“We have not learned of events, but we are on alert because there have already been in other parts of the country and we know that its use is spreading on social networks,” said Dr. Pablo Fernández Keller, head of the Municipal Hospital guard.

Precisely, in social networks articles were detected, without any scientific support, in which it is promoted as “a panacea”, when in reality it is a dangerous chemical for human health.

“People think that since this material kills everything, it can help them kill bacteria or viruses. And it is not like that. Human consumption is very dangerous, ”added Fernández Keller.

Actually, chlorine dioxide or sodium chlorite is a disinfectant in the sodium hypochlorite family (bleach). It is used in the paper industry to bleach it, as a water purifier and also in disinfection procedures for inert objects.

“It is real that it is widely used for disinfection in hospitals, such as operating rooms and surgical supplies, but not for human use as is being advertised on social networks. Without going any further, in Chile, Peru and Bolivia there have already been many serious cases, ”said the doctor.

And he added: “We must not fall into this trap that sometimes generates the hope of finding the solution to a disease where not only does it not produce any benefit to this pathology that they want to treat, but they generate toxic symptoms at the intestinal, blood and hepatic”.

In social networks, some promote it intravenously and others even to nebulize.

“They give it a lot of healing properties that it has been shown not to have. And its use can end in serious intoxication, which in many cases can lead to death. ”

Chlorine dioxide is a product that is available in any house cleaning. 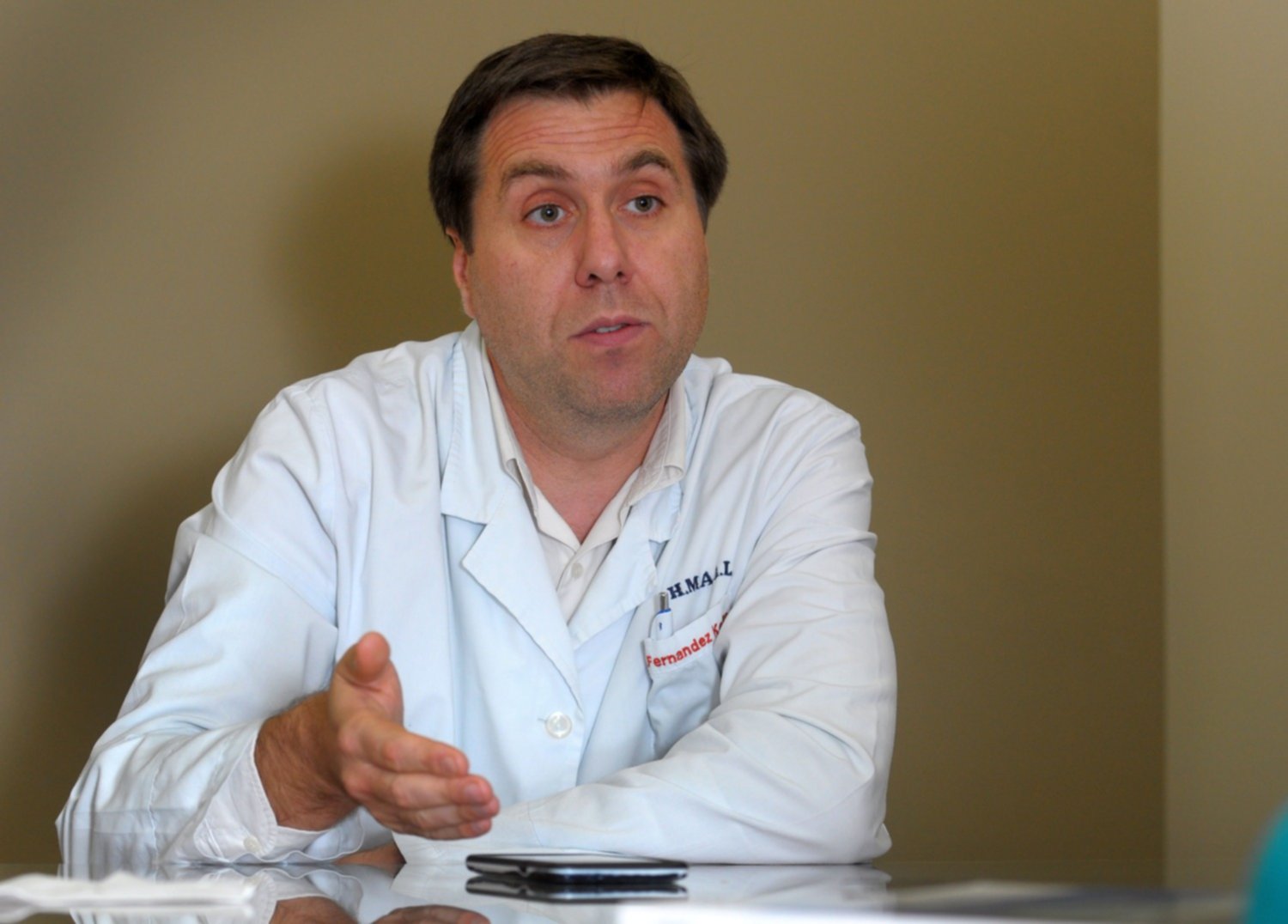 “The Internet democratized all knowledge, which is very good, because you can be instantly informed of all the advances in medicine. But it also produces misinformation, as in this case. We find articles that we do not know who writes them and that talks about the “benefits” of this product, when the only purpose is usually commercial. That is why it is important that people do not give the same validity to everything they read or recommend, “said Fernández Keller.

When promoting the product (in several groups it is found as MMS or Miraculous Mineral Solution) it is announced that with it “cases of spontaneous remission of osteoarthritis, psoriasis, eczema, type 1 and 2 diabetes, irritable bowel, resistance to insulin, fibromyalgia, multiple sclerosis, ulcers, cancer, osteoporosis, rheumatoid arthritis, migraines, varicose veins, diabetic foot, infections, asthma, sinusitis, allergies, flu, hepatitis, leukemia, AIDS and many others. “

The Chief of Guard differentiated chlorine dioxide from chloroquine, which became known when it was used by the president of Brazil (Jair Bolsonaro) when contracting coronavirus.

“I don’t think it has become fashionable associating it with chloroquine. This has been around for quite some time, since it is promoted as a cheap solution for different diseases, such as autism, HIV, cancer and colds and now to kill Covid-19. It is a kind of folk medicine, which cures everything, and actually causes more problems than solutions ”.

The difference with chloroquine

Bahia specialists clarify that chlorine dioxide has no relationship whatsoever with hydroxychloroquine (better known as chloroquine), that it is a drug from the group of 4-Aminoquinolines that is used in the treatment or prevention of malaria, as well as in the of certain autoimmune diseases, such as rheumatoid arthritis and systemic lupus erythematosus, but which is not recommended against Covid-19 either.

“There is a lot of bibliography about it. Chloroquine has an antioxidant effect on the body, which changes the PH of the internal environment of the body, which would collaborate with some processes, especially inflammatory ones, ”said Dr. María Soledad Pascual.

“The toxicity depends a lot on the concentration and dose with which it is used, but it would not be a risk for people, as long as it is indicated and controlled by a medical professional.”

Despite the fame that the president of Brazil made him, Pascual explained that there is a lot of evidence missing to say that it can be a cure for Covid-19.

“In fact, one does not indicate it to the patient with this disease, unless they consult promptly for this and the use is agreed upon. Personally, I explain to them that there is no sustainable evidence that shows that it can cure it ”, he closed.

Until when will the Indonesian economy be gloomy? This is the forecast of Bank Mandiri