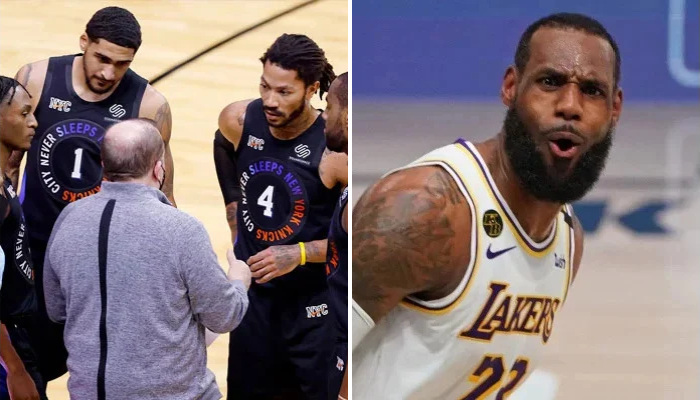 While the franchise has already been very active during the summer, New York could well be in the news in the days to come. The Knickerbockers would be hot to add a new superstar to their squad! Three names are particularly coming back to the table.

Having notably recruited Kemba Walker and Evan Fournier during the offseason, the Knicks can boast of having achieved a very nice transfer window. However, there is a reason why New York is the city that never sleeps … As Leon Rose, president of the franchise at the New York Post reveals, the front office would be ready to try a few more moves:

We’re going to be aggressive as long as we know what’s going on, where we know things, and where we look for opportunities. But at the same time, we are going to be careful and disciplined in the decisions we make, taking into account the positive and negative, the short term, the long term, all of these factors in a decision making process.

Notice to the competition, the Gotham franchise has not yet finished with the recruitment. But then who could go join Derrick Rose & co. ? According to rumors, three names come up most frequently in discussions: Karl-Anthony Towns, Damian Lillard and Zion Williamson. Three strong players, but also three different files.

First of all, KAT might be inclined to want to leave Minnesota, he who languishes in the slums of the Western Conference with his frankness. There he would have the opportunity to form a big racket with Julius Randle, in the Big Apple. In any case, his offensive talent would do wonders for his teammates, who would then benefit from the two-way grips on him. On top of that, he’s a native of New Jersey so would be practically home.

On the other hand, the Lillard case seems a little more difficult, since the franchise already has a leader in Walker. Could ex-Celtic be sent to Oregon to pick up Blazers superstar? It wouldn’t be surprising coming from the Knickerbockers, who have already given it a go this summer. That being said, Dame DOLLA’s last big outing should put a serious brake on all of this…

Finally, how not to mention Zion, whose arrival in NY has been peddled for a long time. The player would like to evolve there, eager to join a bigger market despite recent statements. An athlete like him would be acclaimed there like the Messiah! The Pelicans are unlikely to give in, however, unless there is an inordinate consideration. We will have to wait until the end of his rookie contract, certainly …

The Knicks have ambition, and they should keep the rumors going until the trade deadline this year. Will they manage to bring one of the stars mentioned? That’s the multi-million dollar question!