Revealed! This is the Origin of the Sierra Era Relationships with BUMN Bosses: National Okezone 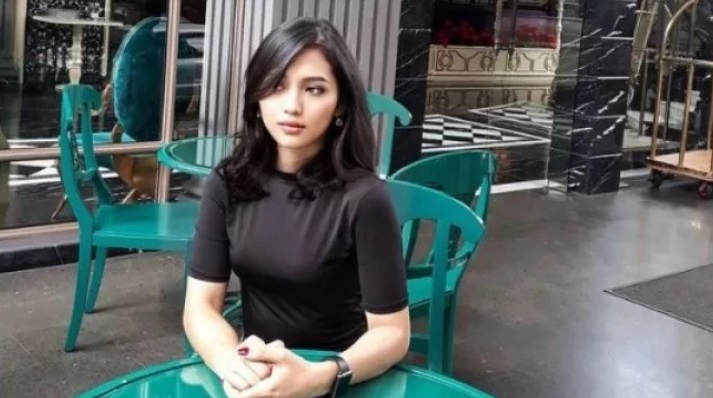 JAKARTA – A number of attorneys of Prof. M, a Professor of State Universities in Bandung who is also an Independent Commissioner of a BUMN, visited the office of the Indonesian Child Protection Commission (KPAI) in Menteng, Central Jakarta on Tuesday (6/4/2021).

They are Jaja Ahmad Jayus and Patrice Rio Capella. Both of them wanted to straighten out the case problem that had entangled their clients.

Chronology of the relationship between Prof. M and ES (Era Sulistyowati alias It was Sierra) what was called Prof M’s attorney initially was a good intention to help which turned out to be suspected of extortion.

“Our client, Prof. M is really a Professor at a State University in Bandung and a Commissioner at a BUMN, “he said.

After that, Prof. M. got acquainted with IS around April 2016, at a Mall in Central Jakarta. At that time, ES asked Prof. M. through a friend.

Furthermore, ES began to actively contact, and once in 2016 pursued Prof. M went to Bali who was currently on duty, on the pretext that he happened to be on vacation in Bali.

Since the beginning, ES has known that Prof. M is married and has children and it has been confirmed that Prof. M will never marry the person concerned.

Then in 2017 ES registered for college at LSPR, and asked that the tuition fee be assisted by Prof. M. until the study is complete. The commitment that was agreed upon was that the ES must really undergo the study.

Read Also:  Why the updated LADA 4x4 does not live up to expectations - network

Until March 2021, Prof. M still provides ES tuition assistance because it has become his commitment to see ES graduate studies and have a better future with an undergraduate education. It should be November 2021 that ES will graduate.

ES’s claim that there was a marriage in 2018 is not true, because until now there was absolutely no marriage between ES and Prof. M, either legally or in unregistered marriage (under hand).

“Thus, the statement delivered by ES through its legal authority, Razman Arif Nasution, is clearly a false statement to the public and officials of the State Board (KPAI),” he continued.

ES statement claiming that he bought an apartment unit by Prof. M, also not true. The real fact is that Prof. M, once provided assistance for monthly apartment rental costs to ES.

This assistance had to be given by Prof. M to ES, because he repeatedly threatened to publish their relationship to Prof.’s family and colleagues. M.

According to him, ES claims that Prof. M financed and supported the birth of his child in August 2020 at Hermina Hospital which he considered as a form of Prof. M because it is their child, is also an untrue statement.

ES statement delivered through his attorney, Razman Arif Nasution; who claims that Prof. M to his office where Prof. M said there was a ‘willingness’ to give a certain amount of money as a form of ‘recognition’ for a child born with ES, is not true.

The real fact is Prof. M came to Razman Arif Nasution’s law office at Razman’s invitation. In the meeting, Razman Arif Nasution asked for Rp 1 billion, under the pretext of the cost of living for children born to ES, which is the result of a relationship with Prof. M.

Regarding this request, Prof. M expressed his objection because he felt that the child was not his, and if there was a willingness to provide assistance, it was only because Prof. M finds out that ES does not have a permanent job.

While waiting for ES to graduate from college, on the basis of humanitarian considerations, Prof. M is willing to provide some assistance for the child’s living expenses.

However, recently, his party suspected that Razman Arif Nasution had asked for an increase in the figure to be submitted to Rp. 2 billion, or this issue would be published.

The action taken by ES Together with its legal power, is alleged to be an act of extortion to Prof. M.

In connection with ES reporting to KPAI, which claims that it seems that there has been neglect of children born by ES, is a form of false information to state institutions.

“The real fact is, until now ES has never been unable to prove that the child he was born with is Prof.’s son. M. In fact, ES once sent a photo of her child’s birth certificate to Prof. M, where the deed has absolutely nothing to do with Prof. M is the parent of a child born by ES, “he concluded.