The police warn on social media of a revival of the Blue Whale Challenge in the Netherlands. In the challenge, children must complete fifty assignments that can lead to physical damage. The Oss police received a report last week of a minor who had been seriously injured by the game.

The game already surfaced in the Netherlands in 2017 and is now seeing a revival, Justine Pardoen of Bureau Jeugd en Media tells NU.nl. Pardoen has seen a renewed interest in information about the challenge since a week. “It is searched thousands of times a day.”

The game consists of fifty assignments that children must complete in fifty days. Children are approached about this on social media. They are assignments such as ‘Watch horror movies all day’, but are becoming a step more dangerous. For example, in later assignments, children are encouraged to injure themselves. The last assignment in the challenge is to commit suicide.

According to the police, the children are threatened by the people behind the accounts that distribute the challenge. “If you don’t carry out the assignments, they would know where you live,” the police wrote Facebook.

The police Oss received a report last week of a minor who had injured himself through the “insane game”, the police write down Instagram. “This underage victim had seriously injured herself because she was convinced that something else would be done to her seriously.”

Pardoel advises children who are approached for the challenge not to go into that and to block the accounts that distribute the challenge and report to the social media platform. In addition, she advises not to share personal information on the internet. “Then you are less vulnerable to threats.” 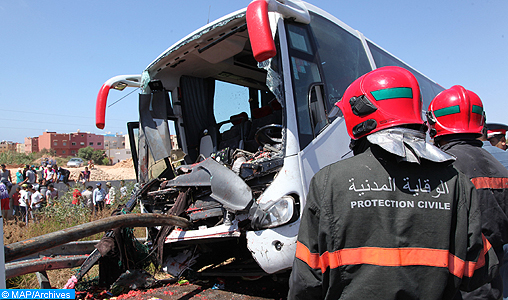 12 dead and 36 injured in a bus accident near Agadir

Kevin Durant will not accompany the Nets in Orlando

the Greens believe that the “positions are too far apart in...