On sale today, here are the prices and specifications for the Redmi Note 10 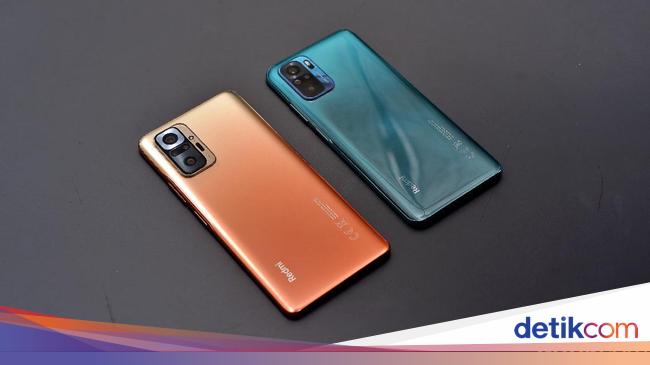 After being released on March 30, now Xiaomi start selling Redmi Note 10 series in Indonesia. These are the prices and specifications of the Xiaomi Redmi Note 10.

More responsive
Compared to regular AMOLED, the Super AMOLED screen does not require an additional touch screen layer, because it is integrated. This makes for a faster response and can be improved with a high refresh rate.

On Redmi Note 10 Pro, a 6.67 “wide Super AMOLED DotDisplay display with a 120Hz refresh rate. Plus a 240Hz touch sampling rate, which makes it even more responsive.

Save power
HP with a Super AMOLED screen has a fairly low power consumption, because it does not require backlighting, and can produce light without excessive heat.

The panels on the Super AMOLED screen also adjust energy consumption according to the level of darkness of the colors that appear, if the color gets darker, the power consumption will be lower.

Compared to AMOLED screens, Super AMOLED screens have much better performance with a 20% increase in brighter screen and 20% lower battery consumption.

On the Redmi Note 10, battery power efficiency is maintained thanks to a sharp 6.43 inch Super AMOLED DotDisplay and support from Snapdragon 678. This device is also the first cellphone in Indonesia to come with this chipset.