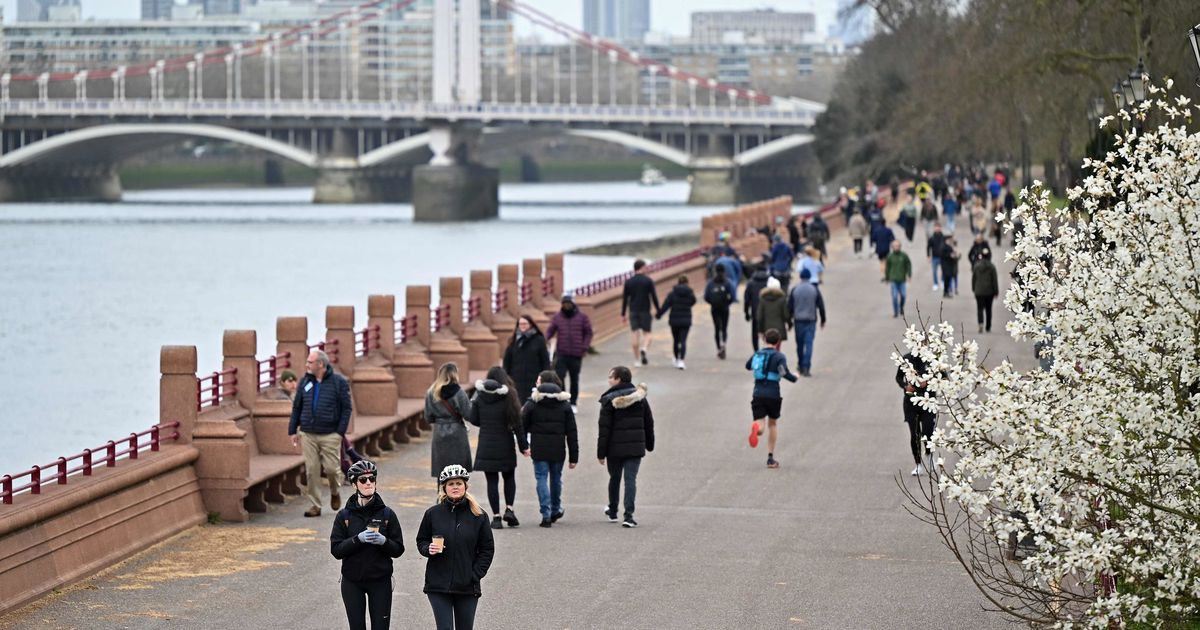 It is one of the hardest hit countries in Europe in terms of the number of corona deaths, and the situation was extremely critical around the New Year – but now the British are facing a bright spring. In just a few months, the outlook has changed dramatically, much thanks to extensive vaccination in recent weeks.

From February to March alone, the number of new infections in England, the worst-hit region in the UK, fell by 60 per cent, according to new figures from the study REACT, who follow the infection situation continuously. The number of new infections in England is now on a par with what was in September. In March, however, the curve for newly infected has leveled off somewhat after the sharp decline from February to March, the study shows.

Over the past week, the average daily incidence of new infections across the UK has been around 3,200, according to the survey Worldometers. The statistics for Norway show an average of 764 new daily infections in the same period. This indicates a much lower infection pressure in the UK when one takes into account the population, which is about ten times as large as in Norway.

Soon, everyone over 50 will be vaccinated

Nearly 32 million of Britain’s population of 68 million have received at least one vaccine dose, according to an overview from the health authorities on 8 April. In England has now 59 percent of all people over the age of 18 received the first dose.

Vaccination is believed to be an important reason why the infection situation has improved so much. The study also indicates that the vaccine rollout may be about to “break the connection” between infection, hospitalizations and deaths, writes Sky News: It is in the group over 65 years, which was first prioritized for vaccines, that one sees the lowest incidence of both infection, hospitalizations and deaths in the study overview from March.

But the country has also had a sharp shutdown for a long time, which has probably helped to reduce the spread of infection. From New Year to March 8, the schools were closed. In March, the age group five to 12 years had the highest infection rates, which the researchers believe is related to both school opening and the students being tested twice a week at school.

The fact that infection rates have leveled off in March after a sharp decline shows the importance of continuing with many measures, the researchers point out.

The United Kingdom has nevertheless started a gradual reopening, with different plans for the different regions. In contrast to the Norwegian government, the British have set up a plan that contains dates.

England starts with step two of reopening next week, from April 12. This includes the following:

The next phase for England, stage three, is far more radical. It is scheduled to start on May 17, and includes these carrots:

A shot in the arm in Britain’s vaccination came when the British government on Wednesday this week chose to stop vaccination with the AstraZeneca vaccine for people under 30 years of age. The decision was announced shortly after the European Medicines Agency (EMA) confirmed that they had found a possible link between the AstraZeneca vaccine and the rare condition of blood clots combined with low platelet counts. People in the UK between the ages of 18 and 30 will instead receive coronary vaccine from Pfizer or Moderna.

AstraZeneca’s vaccine has been developed in collaboration with Oxford University and is a key part of the country’s vaccine program.

Health Minister Matt Hancock nevertheless reassured on Thursday that there are more than enough vaccines from Pfizer or Moderna for those under 30 years of age.

– We are on schedule to vaccinate all adults a vaccine by the end of July, he said.